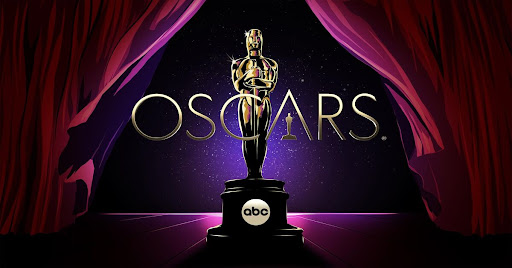 94th annual Oscars were a knockout

The 94th annual Oscars Awards ceremony was held on Sunday March 27, and it was a night no one will ever forget. The ceremony was hosted by Amy Schumer, Wanda Sykes and Regina Hall.

This was a big night for many films, but “DUNE”  was the big winner, taking home awards in production design, cinematography, editing, sound, visual effects and score.

“CODA” was another big hit among Oscar’s voters. “CODA” won the award for best Picture, director Sian Heder won for Best Adapted Screenplay and Troy Kutsor made history when he became the first deaf person to win Best Supporting Actor for his performance.

Kotsur was visibly overcome with joy when presenter Youn Yuh-Jung announced and signed his name. It’s been a long road for Kotsur since he has been acting in low-budget deaf theater productions for decades. He then told a story about his father becoming paralyzed from a car accident, leaving him unable to perform sign language.

“This is dedicated to the deaf community, the “CODA” community and the disabled community,” he said in his speech.

Freshman at Holy Cross high school Vienna Frie discussed how emotional she was watching him on screen.

“I haven’t watched “CODA” but it is now number one on my list of movies to watch,” she said.

While there was hardly any mention of the war in Ukraine, Mila Kunis had been an advocate for peace in the country where she was born. She used her time on stage as a presenter to praise Ukrainians for their resilience and was followed by a moment of silence.

“Recent global events have left many of us feeling gutted,” Kunis said. “Yet when you witness the strength and dignity of those facing such devastation, it’s impossible not to be moved by their resilience. One cannot help but be in awe of those who find the strength to keep fighting through unimaginable darkness.”

While the night was heartwarming things took a quick turn when Chris Rock presented and from then on elevated to another level.

Chris Rock was presenting the Oscar for best documentary feature when he made fun of Jada Pinkett Smith and said he was excited to see her in “G.I. Jane 2” due to her bald head. Smith revealed in 2018 she was diagnosed with alopecia, a condition that causes hair loss and her and her husband Will Smith did not take that “joke” lightly.

Will Smith then marched to the stage and hit Rock across the face. The audio then cut out on the U.S. broadcast, but Smith appeared to be shouting the words, “Keep my wife’s name out of your f*****-g mouth!”

Junior Finance Elijah Stout had a lot to say about the incident.

“It was only a matter of time until Will Smith snapped. No man can deal with the things he has to go through without reaching a breaking point. His wife makes him look so silly and then everyone on the outside is making fun of him. Although Will did laugh at the joke at first he still defended her,” Stout said.

Shortly after the hit, Will Smith won best actor for “King Richard” and compared the incident to how he portrayed Richard Williams from the movie.

“Richard Williams was a fierce defender of his family,” said Smith. “I’m being called on in my life to love people and to protect people and to be a river to my people,” he said, as tears streamed down his face. “I look like the crazy father, just like they said about Richard Williams. But love will make you do crazy things.”

This year’s Oscars will go down in history for being the longest show in previous years, and for having a fight between two celebrities.