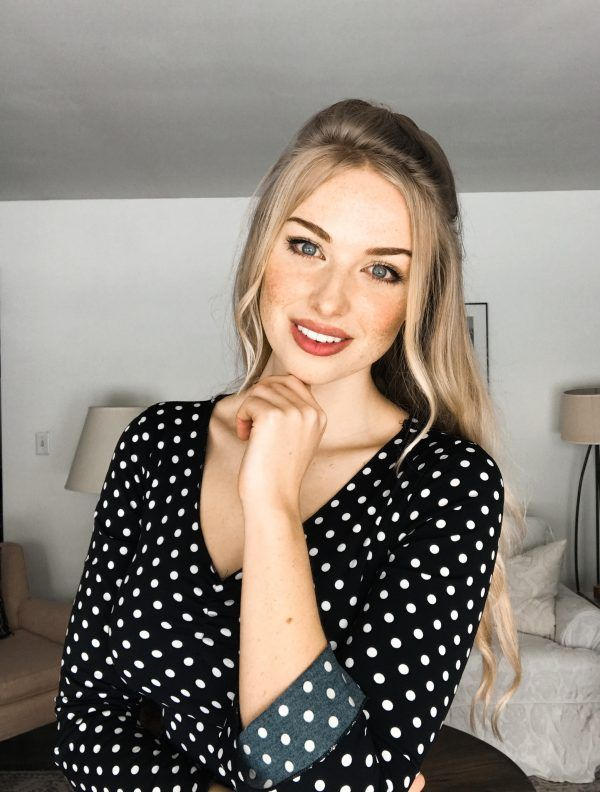 A Look Into the Life of a Christian Homemaker in America

Caitlin Ann Huber, is a 25 year old Christian homemaker who lives in Michigan with her husband and dog. She runs a blog and YouTube channel called “Mrs. Midwest.”

“The idea of that 1950s bored housewife who just stays at home, and she would be so much happier in an office environment. Like, ‘oh, the poor lady.’ That’s outdated,” Huber said at the beginning of her video “Housewives are NOT Oppressed: 5 Myths About Being a Housewife.”

On her Twitter page, Caitlin describes herself as a writer on “feminine homemaking, women’s heart and mind issues, slow living, faith, and marriage.”

Huber is part of a larger trend of young women promoting traditional values on social media. YouTubers Cynthia Loewen and Natalie Bennett echo her worldview, imploring their viewers to embrace their femininity, revere homemakers and reject the consumerist attitudes that pervade modern society.

“I believe that part of the exuberant support for my channel and blog has been from women who are already living a traditional lifestyle,” Huber said in an interview with “The Epoch Times”.

Huber often refers to her viewers as her “feminine sisters” and ends her videos by wishing her audience “a blessed day.”

Huber regularly engages with her fans on YouTube and Instagram, thanking them for their continued support and encouragement.

“Many of my viewers are religious, sometimes conservative women who have felt alienated by the modern progressive narrative,” she said. “I think they resonate with my content because I’m speaking up about these topics from a perspective they agree with.”

Huber’s audience is reflective of a larger societal trend. According to a 2019 National Geographic poll, feminism does not resonate with the majority of American women, with only 29 percent of women polled identifying as feminists.

“I think the fact that she’s young and has a presence on social media shows that our generation is becoming more conservative,” Samantha Aprile, a senior English major at St. John’s University said. “I really feel like she’s giving women who want to live a traditional lifestyle a voice in a society that largely ignores us.”

On her YouTube vlog “Living the Housewife Life,” Huber offers a look into her typical day, which embodies the traditional female role in a sphere of domesticity.

First, she wakes up and takes a cup of coffee into the backyard, enjoying the sights and sounds of nature. She then cleans up a bit in her kitchen and gets herself ready for the day ahead.

Donning a thrifted plaid dress and a wide-brimmed hat, she enters her garden to tend to her flowers. She then goes back into the house to prepare some baked treats for herself and her husband.

After tidying up from baking, she proceeds to make her bed and fold the laundry. In order to offer herself some reprieve from her domestic duties, she goes to the local library to pick out some books.

“I think what she’s doing is really cool,” sophomore art major at Hofstra University Stephanie Dante said. “She is really appealing to a small but forgotten group of women who feel like their voice isn’t really being heard, and she’s giving them a platform in a society that expresses contempt and hostility toward traditional values.”

After returning from the library, she puts some fresh flowers into a vase. By this time, it is already evening, so she takes her dog to the beach nearby for some recreation and relaxation while her husband, a police officer, is away at work for the night shift.

Neither Caitlin nor her husband have commented on the debate regarding police reform in America.

Along with providing a look into her personality and daily activities, Huber offers her audience her opinion on social and economic issues.

In her video “Let’s Talk About Casual Sex” she said, “I care about your entire life, the longevity of your decisions, and the future that you live.”

In her video “How I Practice Frugality: 10 Tips for Living in Your Means” she said, “Making due is all about understanding that you don’t need the latest and greatest to feel like life is the greatest.”

Not all members of Generation Z, however, share Huber’s sentiments.

“I think what she is promoting is sexist and destructive,” senior math major at Columbia University Elle Walker said. “People like her are the reason why stereotypical and misogynistic attitudes toward women have not been eradicated from society.”

Other women who watch Caitlin’s content have expressed support for her message.

“We have a lot in common,” junior psychology major Jillian Smith said. “She prioritizes her family life, and I agree with her, since family is the most important thing to me, too. I hope to be like her someday.”