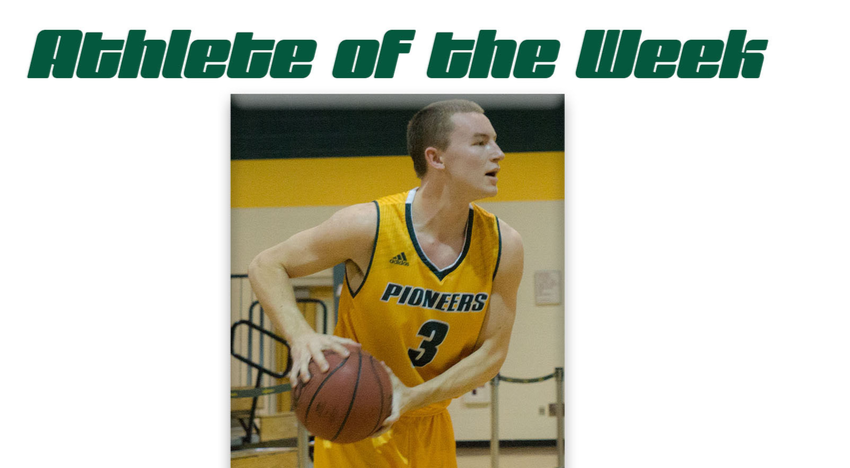 Athlete of the Week: Austin Kennedy

Men’s basketball’s freshman guard, general business major, Austin Kennedy from Medford, NJ has had a week to remember. On Jan. 29, Kennedy was named the East Coast Conference (ECC) Rookie of the Week. On Jan. 27, the Pioneers went up against the New York Institute of Technology (NYIT) Bears in an East Coast Conference matchup. Kennedy racked up 25 points 5 assist, and 2 steals, which helped his teammates beat NYIT, 92- 79. Kennedy dedicates his success to his teammates, “ My teammates put me in situations to succeed and even though we came out extremely sluggish in the first half, we stuck with the game plan and fought back as a team all the way until the end.”

When asking Kennedy about how he felt about winning Rookie of the Week, his response was humble, “I was eating with some of the guys on the team and one of my teammates told me and I was like, ‘oh that’s cool;’ I didn’t really react too much.”

Peter Lipka, assistant coach for the men’s basketball team commented on Kennedy’s season, “We knew Austin could help our team right away so redshirting was not something we imagined. He’s a tough-minded kid that comes from a great high school program so he’s been prepared from day one. We imagine he’ll continue to grow as he gets more game experience and builds chemistry with his teammates. It’s been a pleasure to coach him.” Lipka said.

Even though Kennedy is just a freshman, it seems that he has the potential to be a star for the men’s basketball team.