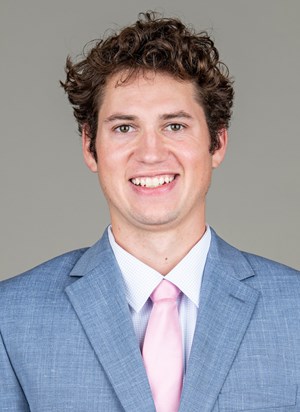 Athlete of the week: Billy Jerry

The LIU Men’s Ice Hockey team is hitting its stride, and after a much improved season, they faced the defending national champions on a four-game winning streak. There were many games that the Sharks played competitively, but still fell short. However, they are now finally getting the results to show for it.

After beating Saint Anselem in the program’s first sweep by a combined 15 goals to 1 over two games, they headed to Brown University, where it became the Billy Jerry show. He scored all four goals in a 4-3 win and added another in the Sharks’ 4-1 over Union  College to increase his totals to 11 goals and 12 assists on the season.

Head Coach Brett Riley broke down what has made his group so successful over the past few games.

“Guys are buying into the way that we need to play to be successful, and it’s like anything, building a program, growing, developing, it takes time. We were pleased with our first half,” he said. “I know the results don’t necessarily show it, but this has been a group that’s resilient and filled with character and with great leadership with guys like Billy (Jerry) taking the reins, so it’s been fun to see the results validate what we’re doing here, but it’s been a really natural progression this whole time now.”

Riley spoke about the program’s growth after starting from scratch last year.

“A short-term goal for us is we want to continue to grow and evolve. Our mission is to pass teams every single day, and we realize that we started at the bottom of college hockey being a new program, and our growth is to continually climb, and I think we’ve done that,” he said. “We’ve passed seven teams this past week with critical wins beating storied programs like Union, who won a national championship six years ago, to Brown, to Miami, who was a national Contender and tying (UMass) Lowell, a top 10 team. Our goal is to prove we belong with college hockey and we couldn’t do it without the culture we’re building.”

Sharks star center Billy Jerry has been a major factor in the Sharks’ success, and Riley touched on what makes him the special player that he is.

“We knew the player, and I had heard great things about the person. We brought Billy in here to be a leader and to bring out that offensive side of his game which is a total testament and credit to the work he’s put in,” he said. “He’s coming off a five-goal week for us here, which is the top performer in college hockey. He has been really exciting, but he’s paid total dividends just as much off the ice as he has on the ice. He does a lot of things that don’t necessarily show on the scoresheet from faceoffs to penalty kill and then what he’s done for our locker room in the cultural games, we can’t thank him enough.”

Billy Jerry gave some insight on how the team develops the younger players.

“A lot of us leaders talk a lot about how we carry ourselves and what we do. It sets the bar and the standard for the rest of the guys. When freshmen come into college hockey, they don’t really know what to expect right away, and we think a big piece of developing both people and players is the culture that you set for them,” he said. “If we can do it the right way and show them how to do things, they should be able to carry over in that they’re going to become leaders themselves one day.”

Jerry was also nominated for the Hobey Baker award, the most valuable player in Men’s College Hockey, and recognized by those around him for helping him get to this position.

“It’s a huge honor for sure. I told Coach [Riley] at the beginning of the year if you said that was something that was going to happen, I probably wouldn’t have believed it,” Jerry said. “I owe a lot of thanks and credit to both the staff for just giving me an opportunity and believing in me, and also my teammates because it’s an individual award, but it reflects on the work the rest of the guys have put in as well.”

After his four-goal game vs. Brown University, Jerry mentioned that the most important thing of the night wasn’t his performance but the overall result.

“It’s a pretty good feeling, but most importantly, the win. We had a couple of games we were in this year where we thought maybe they slipped through our fingers, where we had a lead, and the game got away from us, and we ended up in a tie,” he said. “It was just nice to get the win, and it creates momentum for us as a program going forward here, and we’re going to try and carry that over.”

Jerry touched on how much of an improvement he’s seen from the team after playing some of the toughest opponents in the nation, including Nebraska Omaha, Umass Lowell, Quinnipiac University, Ohio State, Northeastern University and Umass. All these teams are ranked among the top 25 in the country.

“I think the improvement has been tremendous, and we remind the guys we’re playing one of the hardest schedules in the country this year, so those are just building blocks. You want to play against the best of the best each night, and being able to do that, you’re only going to get better,” he said. “I only see the program taking strides up from here. We’re learning how to play against these teams, we’re learning how to win against these teams and we’re going to try to carry that over and see what we can do.”