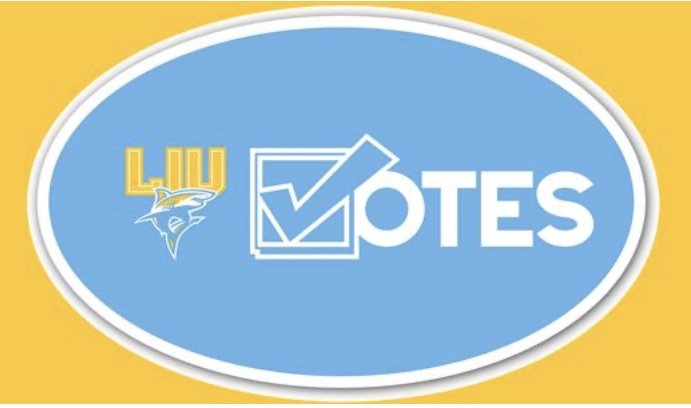 Long Island University is helping and advocating for student-athletes to vote in the Nov. 3 election by launching the LIU Votes initiative. The program is LIU’s portion of a Northeast Conference initiative called #NECVotes that encourages “all members of  the Athletics community to register to vote, learn about the issues, and become a part of an engaged citizenry.”

The goal of LIU Votes is to have 100% of eligible student-athletes to be registered to vote before  voter registration deadlines, and teams such as Women’s Bowling and Women’s  Field Hockey met this goal. Francesca Rossi, a junior on the Women’s Bowling team, sent her absentee ballot a few days ago. “This is actually my first time voting, and I think it is important to vote because even though you are just one person, your vote does matter,” she said. Madison McCarthy, a sophomore on the Women’s Swimming Team is one of the students  working behind the scenes of the LIU Votes initiative. “I think it’s important to vote because voting is one way you can use your voice in our government system. Many people around the world don’t have this privilege, so I think it’s important to use the power we do have to make changes,” McCarthy said.

This is the first year of the LIU Votes initiative, and Assistant Director of Athletics/Director of Media Relations Casey Snedecor helped  bring the program to life. “It was something I had been thinking about all summer and discussing with other members of the department  and administration, but came to fruition through our Diversity and Inclusion Task Force.The student-athletes there supported the idea and were willing to help make it a reality,” she said. “I couldn’t have made it work without their help! Particularly Madison McCarthy, she did a ton of research to help us make the site the best it could be.” While  LIU Athletics Runs LIU votes, the page has posted resources to help anyone, regardless of what state they’re from, to learn more about the candidates and issues that are represented in this election. To encourage athletes to vote, the NCAA Division 1 council passed legislation stating that student-athletes can’t practice, compete, or participate in other countable athletically related activities (CARA) on the first Tuesday after Nov. 1 every year, including this year’s Election Day on November 3rd. Sarah Hafely, a freshman on the Women’s Field Hockey team, believes that everyone should vote in this election to help fight for others. “All U.S. citizens that can vote should vote every time because it is our civic duty and responsibility. As a young, queer, white woman, I need to use my ability to vote to fight for my rights and the rights of others, like people of color and other minority groups. #BlackLivesMatter”

You can find the LIU Votes initiative here: