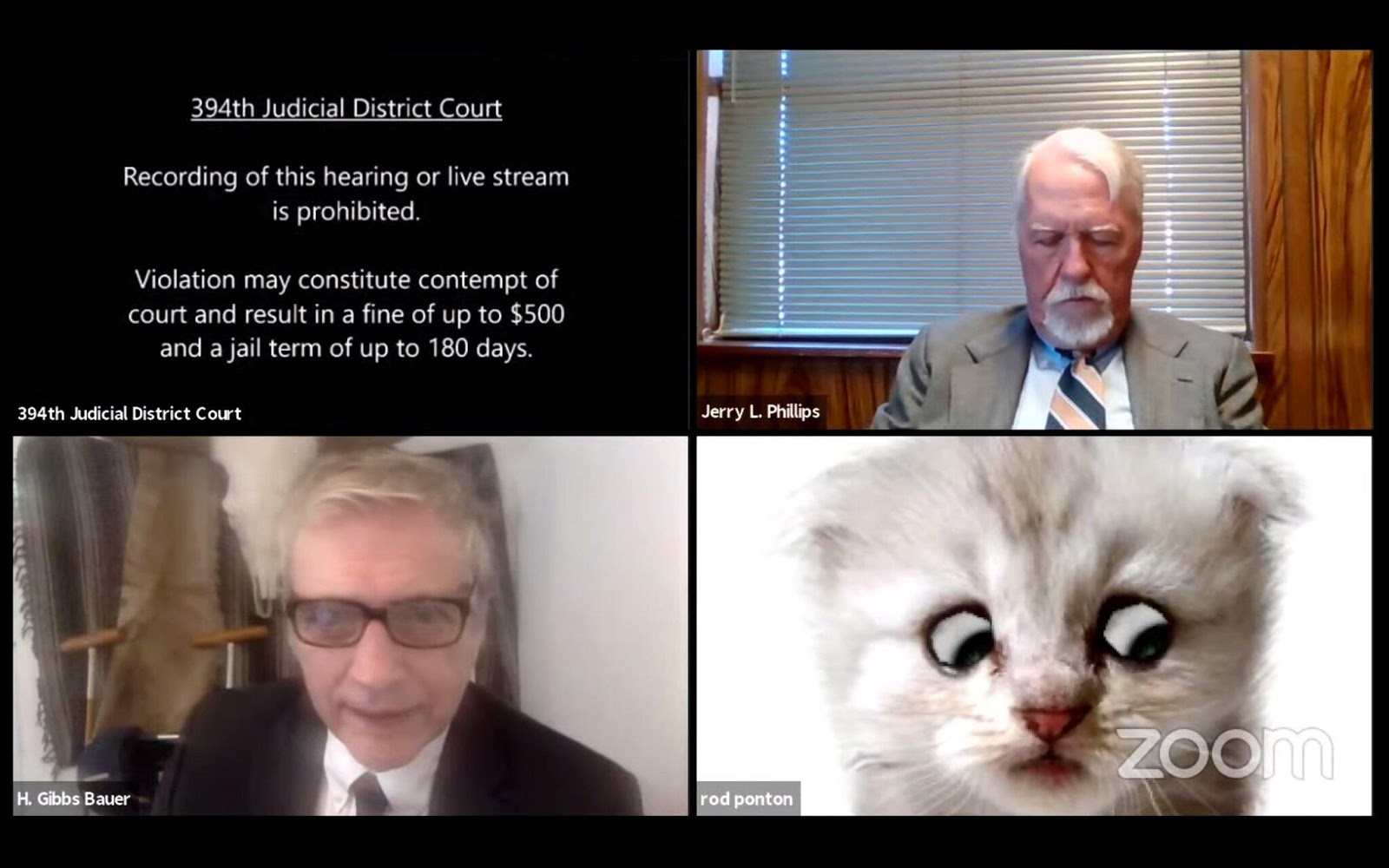 A video from Presidio County in Texas has gone viral. County Attorney Rod Ponton accidentally had a cat filter on at the beginning of a Zoom call for a court hearing. Once he realized, Ponton had a hard time getting rid of the cat filter.

“I don’t know how to remove it. I’ve got my assistant here and she’s trying to remove it but, I’m prepared to go forward with it. I’m here live. I’m not a cat,” Ponton said.

“My sister first showed me the video. I thought it was hilarious. I had to watch it over and over again. If I were on that call I would’ve died laughing. I don’t know how those guys didn’t,” Saracco said.

In an interview with BBC Today, Ponton said, “when I got on Zoom everything seemed fine. My picture popped up, I was in the waiting room with the judge. But when the judge called the case, I disappeared and a cat appeared instead of me to my great surprise of course.”

The computer he was using during this call was his secretary’s old computer. His secretary, who is embarrassed about the situation, has a young daughter that probably played with the camera filter.

“I was having lunch after that hearing, and I was wondering why my phone was blowing up with calls from around the country and around the world,” Ponton told BBC Today. ”I didn’t know if I was in trouble or what was going on, but I finally figured it out. I got as big a laugh out of it as everybody else.”

“If I can make the country chuckle for a moment in these difficult times they’re going through, I’m happy to let them do that at my expense,” Ponton said in a phone interview with The New York Times.

Dakota Michaels, a senior psychology major, feels the video is more than just a funny viral video. “It’s a short and simple video, but it’s more than that. It’s giving the world a good laugh, especially right now when we all need it.”

Judge Roy Ferguson from the 394th Judicial District of Texas said in a tweet, “IMPORTANT ZOOM TIP:  If a child used your computer before you join a virtual hearing check the Zoom Video Options to be sure filters are off.”