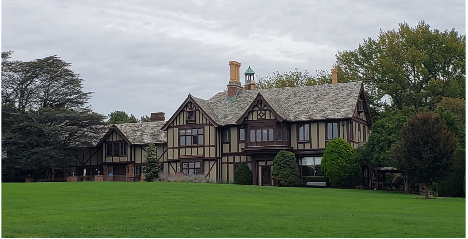 Weeks after Dr. Joan Digby was dismissed as director of the Honors College, faculty members are still fighting against the decision and the manner in which the dismissal was carried out. Dr. Digby was removed by Ed Weis, vice president of academic affairs, from her position without explanation or prior warning of any changes to the direction of the Honors College on August 19. She was replaced by Dr. Daniel Hanley and Professor Heather Butts, two faculty members with no prior involvement in the Honors, who were told of their new positions prior to the start of the semester, in the same abrupt manner as Dr. Digby’s removal.

In response to Dr. Digby’s removal, several members of the Honors Advisory Board have since stepped down and the Faculty Council created a petition and statement to the administration and the National Collegiate Honors Council. The petition received 92 signatures from faculty. The statement strongly objects the administration’s decision, reading, “Someone who has served Long Island University with distinction for a half-century–and who has received national recognition for the program she built from the ground up and directed for the past forty years–deserves far better treatment than she has received at the hands of this administration.”

Dr. Mark Pires, a chemistry professor, was one of four faculty members to leave the board. “I have always believed that Dr. Digby has been the heart and soul of Honors, here at LIU Post. I wasn’t pleased with the way that she was dismissed, and that’s my primary reason for stepping down. It has nothing to do with how I feel about Dr. Hanley or Professor Butts at all. It’s more with the way that the decision to dismiss her was made,” he said. “I couldn’t continue in good conscience to serve the Honors Advisory Board after that.”

Dr. Digby’s dismissal came after she met with the VPAA about the Honors stipend for the upcoming school year in August. Weis informed her she would no longer be the director, and that the college was going in a new direction. The decision came from the administration, not a faculty vote.

“There was no consultation of any sort when it came to Dr. Digby’s dismissal; not with the Honors Advisory Board, and not with any other faculty as far as I am aware of,” Dr. Pires said

It’s not customary for the Honors Advisory Board to decide on matters of personnel within the Honors College, according to Dr. Pires. Their primary function as a group of – then 18, now 14 – faculty members is to advise the director on course selection, programs events. However, many members of the board believe there should have been some sort of communication to better prepare for the change.

There was no formal announcement made to the advisory board of Dr. Digby’s removal prior to the start of the semester. Dr. Eric Lichten, professor of sociology, also stepped down from the advisory board after finding out from another professor about Dr. Digby’s removal. He believes that leaving faculty out of the decision-making process for something as academically significant as a management model is dysfunctional and unwise.

“I wonder if the administration understands the dilemma this raises about shared governance and academic decision-making on this campus. It questions how decisions are made, and it questions the legitimacy of the authority of the decisionmakers,” Dr. Lichten said.

“So, you have an academic unit that’s really important, and academicians are left out of the discussions. That’s not a recipe for success for the university, or for meeting student needs,” he said.

Some faculty members find the decision and the manner in which it was carried out demoralizing. Dr. Jay Diehl, director of history graduate programs, also stepped down from the advisory board, as he felt like his position on the board could no longer help the students under the circumstances the administration created. “It feels like the most basic ways we have to support the students and to do what’s best for the students are just continuously being undermined at this point,” he said. “I cannot escape the feeling that this work is just continuously getting harder and being undermined at every turn at this point. I think, like a lot of faculty, I find myself, after an event like this, wondering, ‘What’s the next thing? What’s coming next.’”

Dr. Barbara Fowles, a tenured professor of communications, chose to remain on the advisory but is conflicted. “I’m torn. I think to be loyal to Dr. Digby, it would be nice to step down. I would like to do that,” she said. “On the other hand, if we all step down, there are still a bunch of students in the Honors Program, and nobody who knows anything.

”The new co-directors, Dr. Hanley and Professor Butts, have never taught in the Honors College before and come from academic backgrounds of biology and health professions, respectively. Honors studies are normally geared towards the Humanities. Faculty on the board the new co-directors were “thrown into” their roles at the last minute. “They really knew nothing about the Honors program,” Dr. Fowles said. “They didn’t even know there was an honors board. They don’t seem to be talking very much with Joan or Tracey [honors secretary] to learn.”

The Honors Advisory Board met September 19 to meet with the new co-directors. Attendance was sparse, and most of the discussion focused on people’s feelings the situation. “It was a very awkward meeting because the two new directors found themselves in a position that I don’t even think they saw coming,” Dr. Pires said. “The best way I could describe it is ‘uncertain’ what direction Honors is supposed to go or will be going into the future, and I guess we’ll have to wait and see what we hear. There’s been no communication with regard to that.”

The Pioneer reached out to the new directors via email several times in regards to their initiatives for the honors program and when they plan to meet with the advisory board but could reach neither for comment. When trying to schedule an appointment through the honors secretary, Tracey Christy, Christy informed the Pioneer that she does not have access to the directors’ calendars. Christy no longer has knowledge of their availability and is unable to make appointments for them

The Pioneer reached out to University President Dr. Kimberly Cline and Senior Vice President of Academic Affairs Dr. Randy Burd via email in regards to the selection process of the new co-directors and what direction they would take the program. They did not respond to inquiries about the hiring process. Dr. Burd responded that they were excited about the “scientific research, community engagement and public policy opportunities” Dr. Hanley and Professor Butts can facilitate for honors students

In a September 11 email to the honors faculty, the co-directors explained that they were appointed before the start of classes, and assured the faculty that they have “no plans to proceed with changes without the opportunity for shared-governance through the Honors Advisory Board.”

A best university practice when selecting a new director of honors is to host a regional or national search for qualified candidates with a history in working in honors; some colleges even utilize the NCHC. An example of this occurred this summer, where a search committee at Adelphi University named former LIU Post history professor, Dr. Susan Dinan, as the dean of their honors college. According to the June 28, AU article on their website, Dr. Dinan began her academic career at Post in 1996 before becoming the founding director of the University Honors College at William Paterson University in Wayne, New Jersey for 10 years; she later created an autonomous business honors program at Pace University before going to AU

The faculty council made a list of demands in their statement to the administration. The first was for the administration to give Dr. Digby a written apology for the manner in which her leadership of honors was terminated, and should also include “warm acknowledgment” of her many contributions to the college and campus over 40 years

The second request was for the administration to respect the need to “proceed through proper channels” with transparency and respect for academic norms when making major decisions regarding and departmental leadership and faculty hiring.

The third demand requests that the faculty are informed at least two months in advance of stipendiary and directorial changes that “lie outside of the collective bargaining agreement.” This notice would give the faculty time to plan for both altered course schedules and any financial consequences from the changes in their non-contractual positions.

In response to the Faculty Council statement, Dr. Weis shared an email correspondence between himself and the council chairperson, Dr. Jeremy Buckman. He wrote, “The circumstances surrounding how Joan learned of the change in her responsibilities were accidental and unfortunate. It is clearly an outlier from the university’s standard practices. Dr. Cline met with Joan and shared our regret over the way she heard. On behalf of the board, I add our apology to hers.”

The next steps for the Honors College are unclear. Honors Advisory Board members are unsure of their next meeting, and no other communication was made.