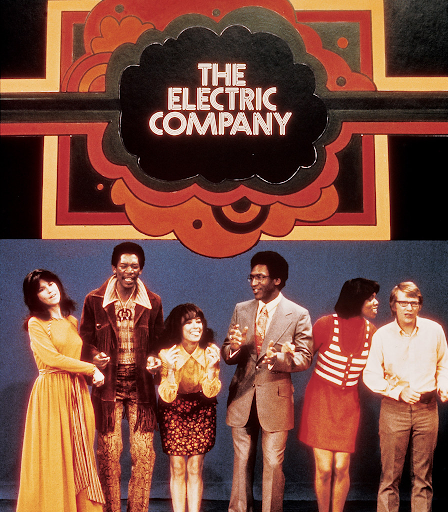 Barbara Fowles and “The Electric Company”

For almost 52 years, “Sesame Street” has been at the forefront of children’s television, and is seen as one of the most influential shows of this generation.

The popular children’s television show has been entertaining and educating young children for over half a century, and continues to make new episodes to this day.

While “Sesame Street” has been widely successful, few people have heard of it’s successor that debuted a little over 50 years ago, “The Electric Company.”

Children’s Television Workshop (CTW), which is now known as Sesame Workshop, produced the first season of “Sesame Street” in 1969. The goal of the show was simple: create an educational show for the disadvantaged youth between the ages of 3-5.

During the 1970’s, there was a wide disparity in education, and CTW sought to help lower class children through “Sesame Street”.

In its early years, “Sesame Street” was a success, which led CTW to create a new show to help reach an older audience, “The Electric Company”.

The goal of “The Electric Company” remained the same as its predecessor, but the show was tailored to elementary school students who had difficulty reading.

At this time, the federal government was invested in the issue of underprivileged education, which led CTW to get the grant money necessary to fund both projects.

Dr. Barbara Fowles, a communications and film professor at Post, was a researcher for “The Electric Company,” and played an influential role in helping to create the show.

After graduating from Yeshiva University with a doctorate in developmental psycholinguistics, Fowles was hired as one of the lead researchers for the show. Her job was to essentially gain information about the show’s effectiveness, and advise the writers, producers, and actors.

When discussing her work, she recalled the strenuous task of testing the show on children.

“[My research team] went to public schools in Manhattan to try and get to as diverse neighborhoods as we could,” she said. “We watched them view it and asked questions. We then went to the writers and producers and explained what parts that they didn’t understand and offered suggestions.”

After gauging the effectiveness of the show on children, Fowles described what she believed was a “battle”; critiquing and advising the show’s writers.

“There was only one woman, and the rest were guys who wanted to be funny. I had to remind them they are little kids, and that you can’t make these jokes because they won’t get them,” she said. “It was difficult because they often didn’t get it. A couple of times, we dragged writers to these schools, so they could see these little kids, who often didn’t have breakfast, didn’t sleep, and weren’t well cared for. They had to realize what they were dealing with.”

Following all of that behind the scenes work, the show finally aired in October 1971, and featured a lot of celebrities. Although most only made an appearance on a few episodes, famous actors such as Morgan Freeman and Bill Cosby were heavily involved in the show’s production.

“The Electric Company” was successful early on, winning two Emmy’s and airing on over 250 TV stations nationwide. Utilizing a blend of creative graphics, animation, and clever humour, the show was truly ahead of its time, and gained viewership as time went on.

However, “The Electric Company”’s time on air was short lived. After 780 episodes in 6 years, CTW had to make the decision to cancel the show at the height of its popularity. While this came as a surprise to many at the time, the reasoning behind it’s cancellation was quite simple: money.

By 1977, the government lost interest in the projects and stopped funding the CTW. With only enough capital to continue one of the shows, CTW made the obvious decision of putting all of their resources towards “Sesame Street,” as it was more popular and possessed the “product opportunities” that made them a lot of money.

“You can’t make a Morgan Freeman doll the way you could make products for the “Sesame Street” characters,” Fowles said.

In the years following the cancellation, “The Electric Company” lived on through re-runs and a few paperback books until the 1990’s. While the show didn’t run for very long, Fowles believes the impact of the show can still be seen today.

“I believe [“The Electric Company”] had an impact on some of the shows you see now on PBS, especially “Blues Clues”, which was very influenced by it,” she states. “I think both “The Electric Company” and “Sesame Street” laid the groundwork for education in children’s shows, and it is hard to separate their impact.”

Clearly, “The Electric Company” had a tremendous impact on the future of children’s television. But what about it’s impact while on air?

Based on research by the Educational Testing Service’s in 1977, the show was found to be “an effective instructional supplement” for children.

Contrary to these findings, after reflecting on it’s influence over the last few decades, Fowles believes that the show failed to reach its target audience; the underprivileged youth. However, she found that the show heavily resonated with another, unexpected audience.

“We later found that upper and middle class kids who were really smart and had a good sense of humour loved it, and so now there is a whole group of people in their 40s and 50s who were big fans and think it was the best thing ever,” she said. “Obviously that wasn’t who we meant to reach, but they were the ones who got the jokes and really enjoyed it.”While “The Electric Company” is often forgotten when discussing the history of children’s television, the show had a tremendous influence on the industry. Through the hard work of Fowles and the entire team at CTW, “The Electric Company” will forever be remembered as one of the pioneers of education in children’s television.

Published in Arts and Entertainment, Features and _Front Page