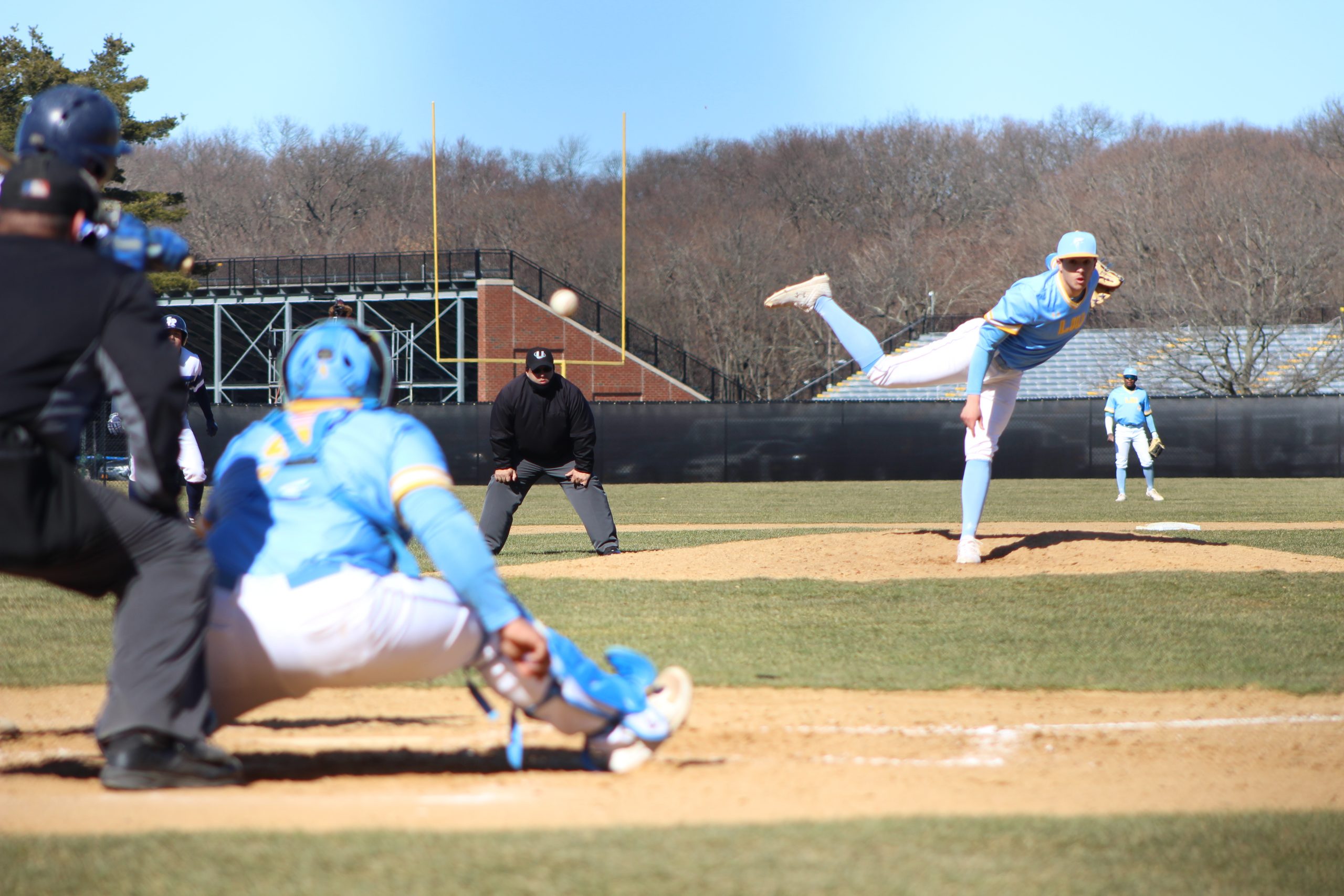 The baseball team played a successful weekend as they completed a three-game series sweep over the St.Peter’s Peacocks from March 5-8. Pitching was the main highlight for the Sharks, with the offense close behind, as they outscored the Peacocks 26-3 throughout the three games.

​On Thursday, March 5, the Sharks won 6-0. Senior pitcher Jackson Svete threw seven scoreless innings, striking 12 batters out along the way and scattering four hits. He was backed up by the Sharks offense, who put up two runs in the first inning, capped by Cooper Shearon’s RBI double.

The score remained at 2-0 until the 8th inning, when the Sharks tacked on four runs of insurance, highlighted by Shearon, who hit a base-clearing triple to score three. Rob Griswold closed out the game with his second save of the year.

After struggling early in the year, Shearon could not have been more excited to play great baseball in front of the home crowd.

“Finally getting to open up at home was awesome. The team played great, and I was happy to be playing the caliber of baseball I know I can,” he said.

Shearon was named NEC player of the week for his production against St.Peters.

“ I couldn’t have done it without my teammates and coaches so it’s great to be able to experience it with them,” he said.

Head Coach Dan Pirillo had a positive take on the atmosphere of the first home game of the season.

“We had a good crowd and the atmosphere was very enthusiastic. The energy in our dugout was the best I’ve seen all year,” he said. This was their first Division I game held on campus.

In the game on Saturday, March 7, the story was a bit different. The Sharks blew the Peacocks out, 15-1. At the beginning of the game, the Sharks scored two early runs. In the fourth inning, the Sharks scored seven runs, sending 13 batters to the plate. Senior outfielder Tim Bechtold and junior infielder Chris Wasson each recorded an RBI, and Shearon tacked on two RBI as well.

On the mound, sophomore Josh Loeschorn pitched five innings, surrendering just one unearned run. His 0.00 ERA through two starts leads all pitchers in the NEC. Pirillo is proud of Loeschorn and his recent performances.

“Josh has worked hard to understand himself as a pitcher and to be the best pitcher possible, Josh is a competitor on the mound and it will be fun to continue watching him develop,” he said.

Game three was slightly tighter on Sunday, March 8, but the Sharks were able to complete the sweep with a 5-2 victory. Freshman infielder Carlton Harper led the way for the Sharks, going 3-4 with two doubles and a single. Shearon tacked on a triple and an RBI double. Junior catcher and infielder Dawson Degnan and junior infielder Davyn Adamscheck each tallied two hits as well. After struggling to string wins together early, Pirillo was pleased with the outcome of this series. “We lost a few close games early on in the season where we played well but fell short. It was great to see the guys put together a complete weekend on both sides of the ball,” he said.

Many players were able to break out of a slump in their series against St. Peters. “It was great to see Shearon, Harper along with some other guys have some positive results offensively. Early on, we were putting good at-bats together but the result wasn’t showing up in the box score,” Pirillo said.