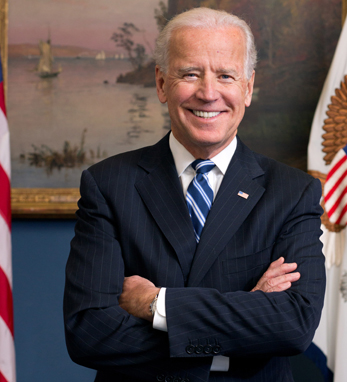 President Joe Biden gave his first official press conference, an event which was delayed due to the COVID-19 pandemic on Thursday, March 25.

Due to social distancing protocols, only 30 reporters were present, a stark contrast to previous densely-packed press conferences.

Biden began the conference by saying that he has set a new goal of 200 million vaccine doses after surpassing his goal of 100 million doses.

Though Biden touted the practical benefits of his $1.9 trillion COVID-19 relief bill, and his efforts to jumpstart the economy, he was also pressed on how Republican opposition to his views on immigration, guns, and voting rights have taken away from his legislative victories.

“I got elected to solve problems,” Biden said. “There are a lot of problems,” he said, but he argued those other issues were “long-term problems” while he needed to put all his initial focus on dealing with the pandemic and the economic fallout.

Biden also said that the willingness to cooperate is incumbent upon Republicans and that they have to make the choice as to whether or not they want to work towards uniting an already divided country.

“I think my Republican colleagues are going to have to determine whether or not we want to work together or decide that the way in which they want to proceed is to — is to just decide to divide the country, continue the politics of division, but I’m not going to do that. I’m just going to move forward and take these things as they come,” Biden said.

When asked whether or not his administration’s more welcoming view towards immigrants could be a factor in the upsurge of migrants at the southern border, Biden said that an uptick in migrants in an annual occurrence and that many of the current problems resulted from the failings of his predecessor, Donald Trump.

“So what we’re doing now is attempting to rebuild, rebuild the system that can accommodate what is happening today,” Biden said. “And I’d like to think it’s because I’m a nice guy, but it’s not, it’s because of what’s happened every year.”

Biden also said that although he has called on Congress to take action regarding gun control, it is imperative to wait for the right timing.

“It’s a matter of timing,” he said. “As you’ve all observed, successful presidents better than me have been successful in large part because they know how to time what they’re doing. Order it. Decide in priorities what needs to be done.”

Regarding getting his agenda passed, Biden said that he would go beyond mere reinstatement of the “talking filibuster.”

Biden then turned to the issue of foreign affairs, acknowledging that there have been increasing tensions with Russia and North Korea, and that there is a looming May 1 deadline to remove all troops from Afghanistan.

Biden said that he is open to diplomacy with North Korea and Russia, but that it may be difficult to meet the May 1 deadline for removing all troops from Afghanistan.

Some students lauded Biden’s handling of questions from reporters.

“I think he did a phenomenal job,” freshman English major Scott Anderson said. “He was much more composed than Trump, who did nothing but berate and discredit reporters the whole time.”

“It seems that Biden is looking to work with the other side, and not create constant conflict,” Wyman said. “I hope he continues to do this in further press conferences.”

Other students, however, were not very pleased with Biden’s first press conference.

“He couldn’t articulate his ideas clearly half the time,” junior history major John Jones said. “Is this guy really fit to be president? He can’t even walk up the stairs!”

“I can’t believe this guy is president,” Pavlich said. “No wonder the rest of the world laughs at us. We have an aging buffoon as Commander-in-Chief.”

Biden closed the press conference by telling reporters his plans for reelection.

“My plan is to run for reelection,” Biden said. “That’s my expectation.”