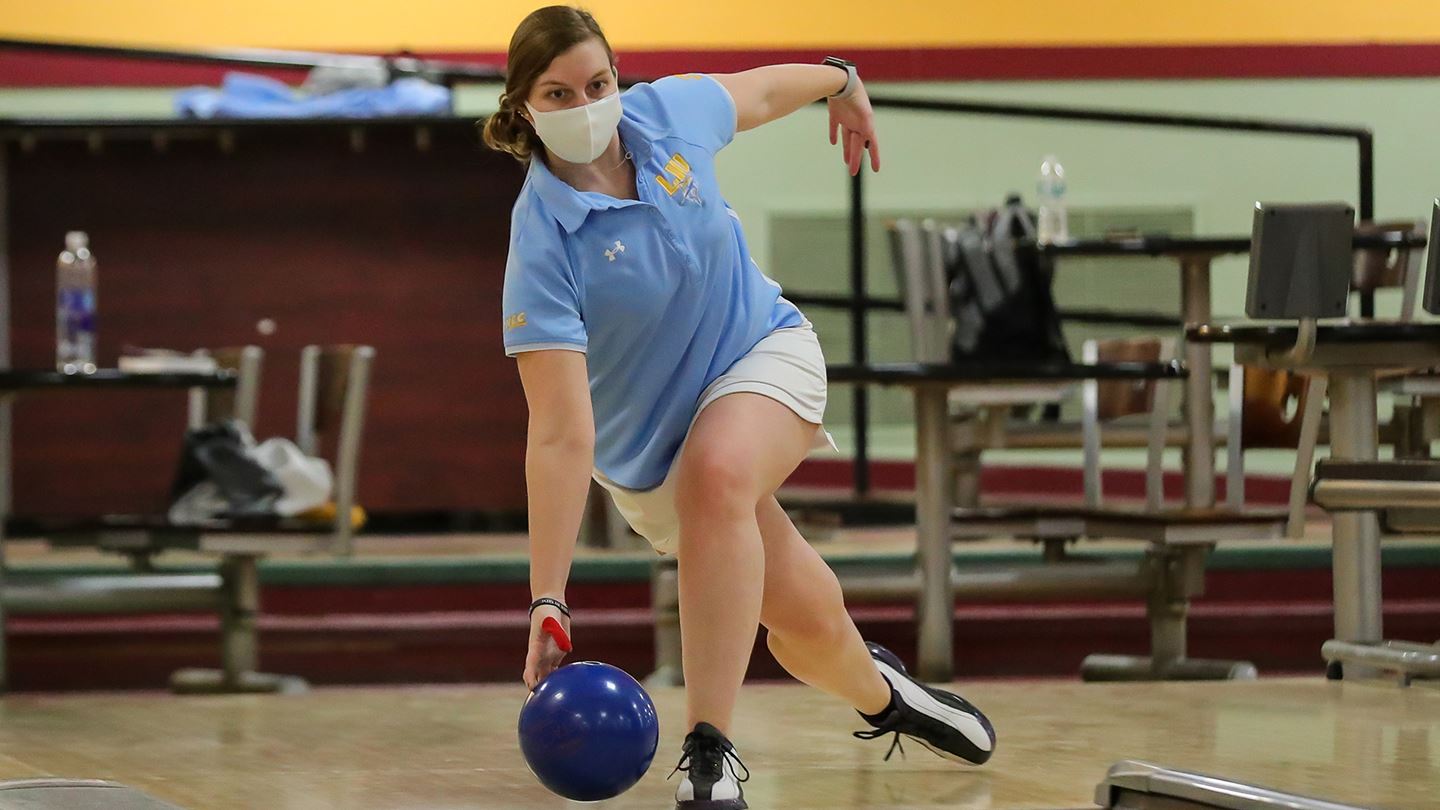 After going 2-1 in the final conference meet against St.Francis College Brooklyn, the Bowling team secured their spot in the Northeast Conference(NEC) championship. The tournament will be held the weekend of March 19-22.

The Sharks finished the season with a conference record of 10-11, good for the fourth seed in the NEC and a spot in the tournament.

Last season, the Sharks also clinched a spot in the NEC Championship. However, the Coronavirus pandemic canceled the tournament just days before it was supposed to be played.

Head Coach Kayla Jones could not be more excited to get the chance to compete after the devastating announcement last season.

“Last year was heartbreaking, especially after the huge growth I believe we had as a team throughout the season, but learning from everything that has happened through the last year. I know I am personally grateful to have the opportunity to compete this year,” she said. “Post-season play is a different kind of competition. The win-or-go-home format is challenging, but I am excited for our team to experience it. I think we are very capable of excelling at it.”

Jones is confident in what her team has to do to have a great showing over the long weekend.

“The easy bowling answer would be to make spares and consistent shots. But honestly, I think the biggest keys are relaxing, being within themselves together, and staying in the moment,” she said. “Most of them haven’t experienced championships yet, and those that have only did for a year. The main key is to remember what got us to this spot and continue to learn and grow from that.”

Sarah Orensky is a freshman on the Sharks who has made an early impact.

“One of the things that drew me to LIU this season was the competitive atmosphere and camaraderie that the team provides,” she said. “I really enjoy being around my teammates/coach and feel like they are always pushing me to be my best. I also love exploring new places, and what better place to do that than NYC.”

On the final day of action, Orensky bowled a 211. This was the difference-maker in the Sharks game-one victory, where they only won the tight nine-pin matchup 985-976. Orensky was named NEC Rookie of the Week for her performance.

“Being NEC Rookie of the week means a lot to me as it shows me that the hard work I have been putting in on the lanes is paying off,” Orensky said. “I have been able to perform pretty well and keep up with all the other talented athletes in the NEC.”

Orensky feels her teammates have been fantastic leaders in getting her on a great path to succeed all around.

“The upperclassmen on the team have taught me a lot about how college bowling works and kind of the do’s and don’ts. They also taught me how to manage my time efficiently to succeed on and off the lanes,” she said.

Coach Jones is very proud of Orensky’s fast development and her play on the lanes.

“Sarah’s communication with me is pretty open as to what she is seeing and feeling, and that helps a lot when we are on the lanes from shot to shot,” she said. “She doesn’t really overthink the game and is willing to try anything asked. Her day-to-day energy and competitiveness is a huge asset to our team.”

Kellie Frain, a senior on the Sharks, is excited to finally get the chance to play in the championship her team has worked for.

“Last year, we had an impressive NEC showing that unfortunately was cut short, so finally having the opportunity to bowl in championships with the team is such an exciting feeling,” she said. “Through these unprecedented times, we have worked hard, remained resilient and fought through so much together. I have the utmost confidence in us to perform well together and succeed in the NEC Championship tournament.”

Frain was named an NEC Prime Performer for her accomplishments in the last week of the season and is confident in her ability and her team’s capability to be a strong contender in the NEC Championship.

“The last NEC Tournament I bowled in was during my freshman season three years ago, and I, along with my teammates, have worked relentlessly to not only advance to the postseason but also win NEC Championships,” she said. “I believe this team is special, and I intend to do everything in my power to bring home that championship ring this season.”

Senior Emily Cavanaugh has been a top player for LIU her entire collegiate career going back to the Pioneer days. This season is no different, as Cavanaugh looks to claim the NEC Title after all her team has done to get them here.

“We have been preparing for the NEC Championships for two seasons now and are excited to finally get the opportunity to fight together as a team for a first-place finish and finish what we started last year,” she said.

Published in Bowling and Sports