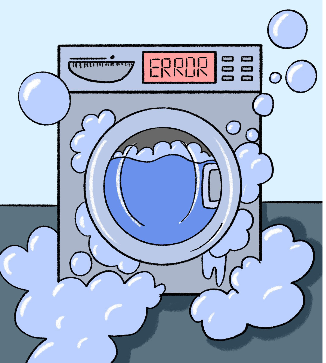 In order to keep the student body aware of incidents on campus, The Pioneer compiles and publishes crime reports. These reports are public and available to view at Public Safety. All names have been redacted for privacy purposes.

At 8:29 a.m., Public Safety received notice of property damage on the east side of Queens Hall. The responding representative found a damaged light pole and photos were taken at the scene

Public Safety received a call from an “I Can Bike” staff member at 10:42 a.m. regarding a bicyclist who reportedly lost control of the bike and struck and scuffed a car in the Pratt parking lot. The car was found to be correctly parked in its spot and not in the area blocked off for the “I Can Bike” program.

At 10:42 p.m., Public Safety received a call from Brookville Hall stating the washing machine in the basement laundry room was knocked over with water spraying out. An engineer on site responded to the scene to turn off the water and remove the machine. A custodial supervisor was asked to respond clean-up. Officer Molloy reviewed surveillance cameras and observed the machine falling over on its own and no criminal mischief was found. Campus Life was notified, and no injuries were reported to Public Safety.

A custodian notified Public Safety at 9:42 a.m. that a vending machine in the third-floor lounge of Brookville Hall had been vandalized. Upon arrival, the responding officer found broken glass on the floor and discovered that the front glass of the machine had a large hole smashed in it. The machine still had contents inside. Doors to the lounge were secured at the time of and according to someone on the scene, students cannot access the room with their swipe cards. The vending machine company, which happened to be on campus at the time, was advised and responded to the scene. The company’s main office said they would send another representative to remove and replace the machine

Public Safety received a call from a Queens Hall RA at 11:04 p.m., about a broken door handle. Officer Blunt responded to the call and found that the resident student was closing the door when the handle fell off. Both the handle and the door’s keypad were dangling from a wire. The other student resident on the scene stated he was in the bathroom when it happened and didn’t witness the incident