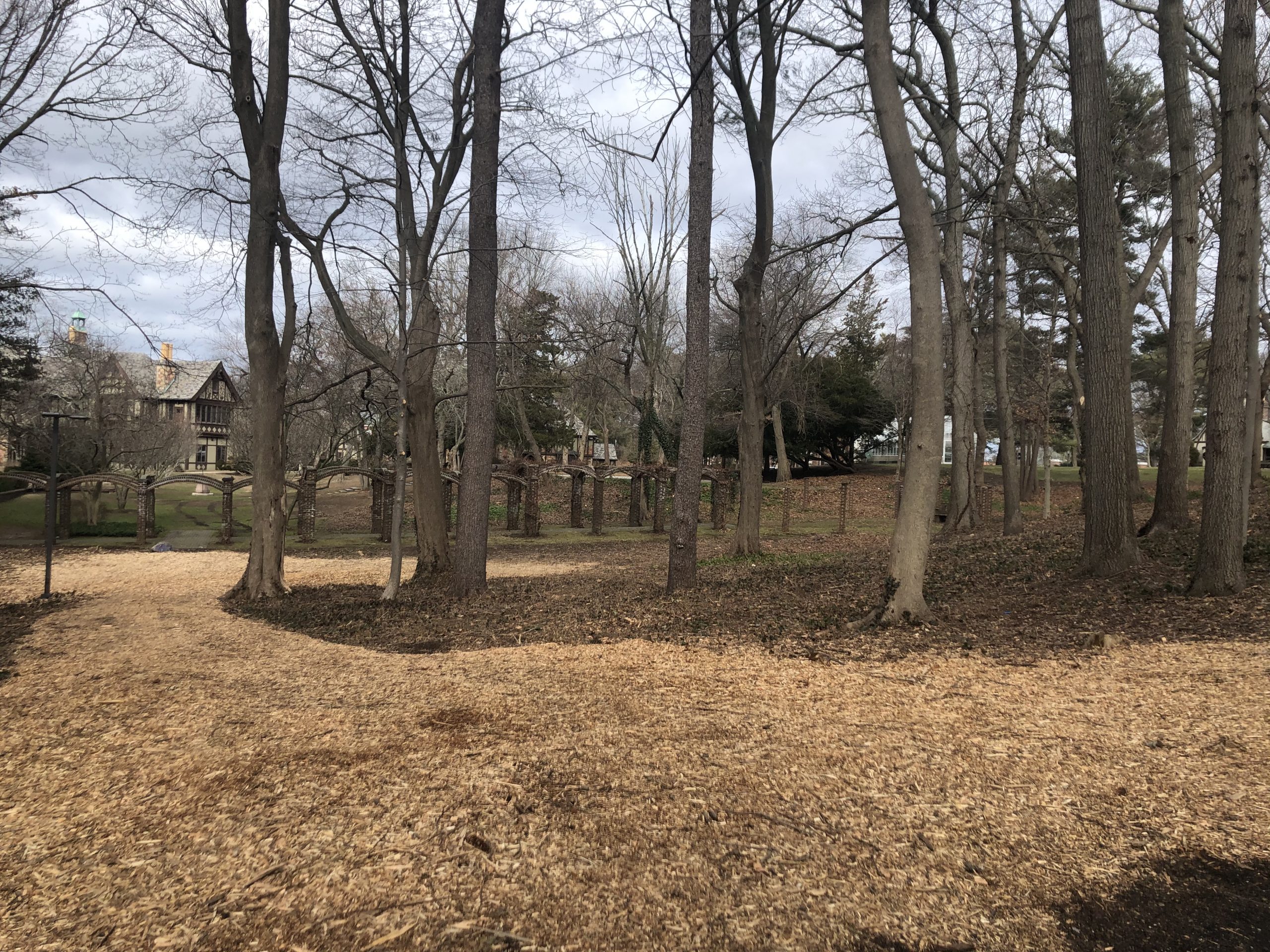 Students returning to campus from winter recess have recognized a significant change in the campus’ scenery. Several trees were cut down along Chipmunk Trail, a pathway formerly known for its lush forestry and abundance of little animals.

But Chipmunk Trail isn’t the only place affected by the recent deforestation. Areas surrounding the Winnick House and Brick Rose Arbor arches have also suffered loss of trees.

While some are unaffected by the change in scenery, others have found the change to
be quite upsetting. Elissa Roose, a sophomore international relations major, had a lot to say about the trees and how she felt about their vanishing. “I’m not a fan of it. Not only did it take away from the whole aesthetic of Chipmunk Trail, but it puts nothing but negative effects on the environment,” she said.

Roose also mentioned that the trees offered more to campus than just beauty. “I know there were a lot of signs that pointed out what kind of trees there were and there was a lot of education behind it too,” she said. To some students, the trees were nothing more than a part of their daily commute;
however, the bareness left behind has sparked up a lot of conversation because not only will the students miss the trees, but the surrounding nature and wildlife will suffer as well. This was apparent to junior speech pathology major, Caitlin Rodriguez, who was quick to put the animals before herself.

“I’m upset with the tree cutting because it affects all of the animals living in those woods,” she said. “They don’t know anything different than those trees and now they’re gone.”

It’s unclear what the future of the now empty space will be. The Pioneer reached out to Roy Fergus, director of facilities services, who did not respond in time for comment.

Even if the trees weren’t a part of student life before, the lack of forestry now surrounding
the trail has resonated with most students on campus. Mary Harrell, sophomore musical theatre major, said she didn’t think much of the trees before they were cut down.

“They were just scenery, and I’m sorry to say that because I miss their presence,” she said.