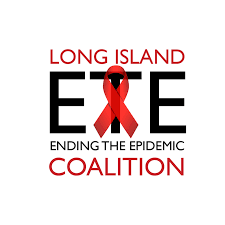 A group of 23 college students from Long Island have banded together to form the Long Island HIV Epidemic Campus Advisory Committee to aid in spreading awareness and education of HIV prevention and treatment methods among college students. Among the committee members is LIU junior nursing major, Kayla Halper, who is the student cochair of the committee alongside founder and Hofstra professor of public health, Dr. Anthony Santella.

In New York state more than 100,000 people are diagnosed with HIV according to the
New York State Department of Health.

In order to combat the disease, Governor Andrew Cuomo detailed a three point plan
titled “Ending the Epidemic” (ETE) with the goal of ending the AIDS epidemic in New York state by the end of 2020. The goals of the plan include identifying people with undiagnosed HIV, improving medical care for those suffering from HIV and facilitating access to Pre-Exposure Prophylaxis (PrEP), an HIV prevention pill.

There are several other ETE awareness groups in both Nassau and Suffolk counties in addition to the inaugural campus advisory committee. The groups will coordinate meetings and events together. The campus committee is not currently open to new members, but students and community members are welcome to attend public meetings and events.

Halper will host several lectures on Monday, March 9 and Wednesday, March 25 in the Gold Coast Cinema to “explain the HIV retrovirus, how it works [and] how it can transform into the full on AIDS virus,” she said. The lectures will also cover PrEP and PEP medications, and how they can be used to potentially help prevent HIV.

Halper believes that by following the steps laid out in ETE, one day HIV will be wiped out entirely. “It’s very possible we could get rid of the HIV virus in totality if we’re just on top of screening and prevention methods, and coordinating the patients that are screened positively to be redirected to consulting therapy,” she said.