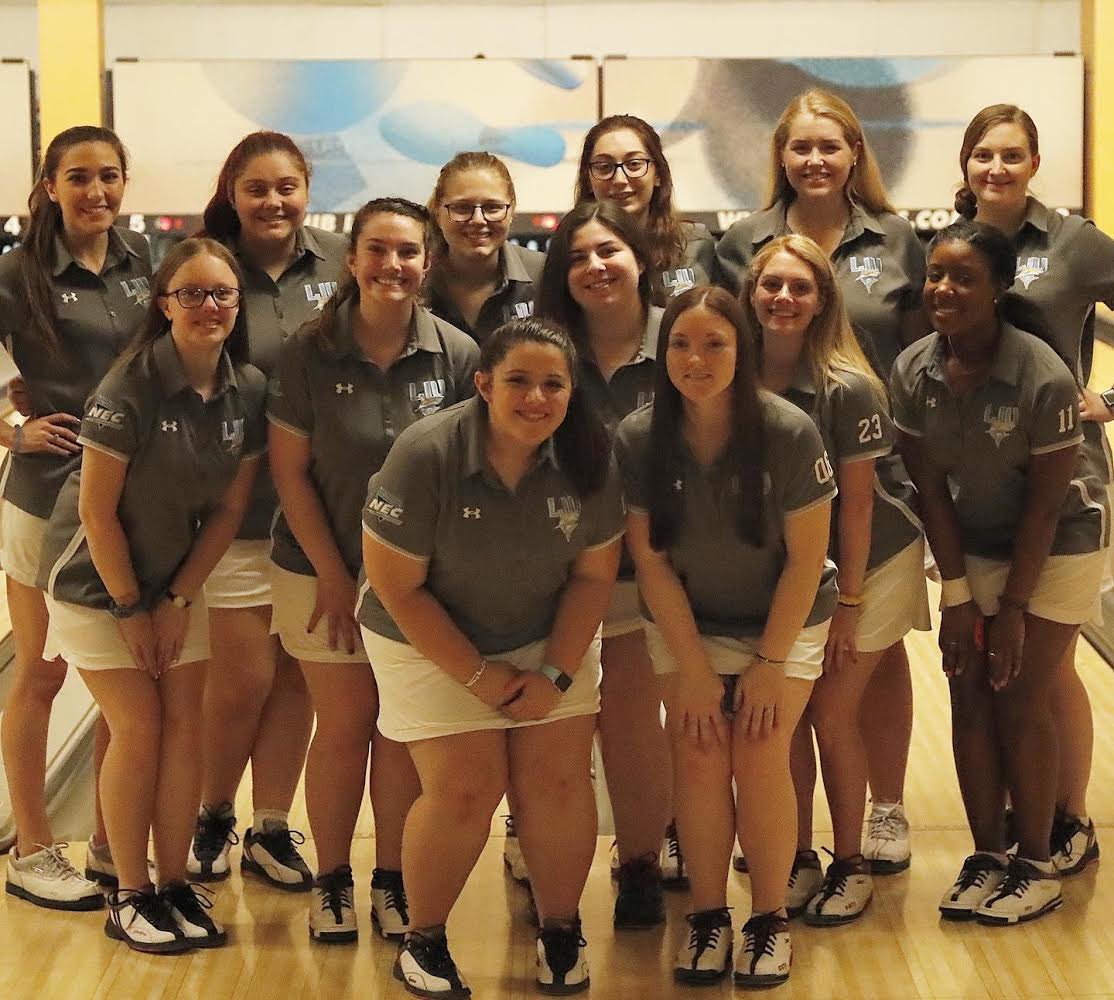 The bowling team is one of the teams affected by these cancellations. Team members started their season in October 2019 and worked for six months to qualify for the NEC championship. Over three NEC meets, the Sharks went 11-7, finishing third in the NEC standings. The NEC tournament was supposed to be held on the weekend of March 20, 21 and 22.

The NCAA granted an extra year of eligibility to all spring sport athletes, but not winter athletes since they completed all or the majority of their regular season play, but still missed out on title opportunities.

This means the collegiate athletic careers for seniors Tyler Karpinecz and Bailey Lubrano came to an end.

Lubrano bowled for the Molloy Lions for two years before transferring to Post in the fall 2018 semester. Lubrano was upset when she found out her college bowling career would be cut short right before the NEC tournament.

“It was devastating to have our season cut short without our control. My senior season, gone in the blink of an eye,” she said. “I wish I could have the time back. Bowling has been a part of my life for almost 10 years, and it was very hard to say goodbye.”

Karpinecz, team captain, bowled for the LIU Brooklyn Blackbirds since her freshman year. In her final season as a Shark, she was hoping to achieve great things as a team.

“Going into my final collegiate season, I was hoping to achieve a lot. As a team, I wanted us to give it our all, win NECs and make it to NCAA championships,” she said. Karpinecz is extremely disappointed in having her collegiate athletic career cut short.

“It’s devastating. After my last season as a Blackbird, not making it to NEC championships just pushed me to be a better player for the team,” she said. “This season, the Sharks were hungry for that NEC Title, and not having the opportunity to win hurts.”

Despite this, Karpinecz is happy with her achievements for her senior year.

“As an individual, I wanted to make my parents proud, be a leader for the team and make All NEC First Team. I accomplished these and I am so proud,” she said.

Head Coach Kayla Jones was devastated when she heard the announcement that her team would not be competing for the NEC title.

“I started reading texts, posts and emails when everything was being announced, and honestly sat in silence,” she said. “What was calming for me is connecting it to all the lessons we teach and learn through sport; control what you can control, nothing is promised or given.”

Karpinecz understands the decision made by the NCAA in granting an extra year of eligibility to spring athletes, but not winter athletes.

“I think it’s a great decision made by the NCAA. All spring athletes deserve to play their full seasons,” Karpinecz said. “For bowling, we made it through a majority of our tournaments. I am grateful for the time that I had on the lanes as a Shark.”

Coach Jones understood how hard it would be to address her team about the situation, but she is optimistic for what the future holds.

“It wasn’t easy to just give that kind of information to a group of young ladies that worked hard to get there, and we’re so excited to compete together,” Jones said. “We didn’t just wake up ready and excited for championships. We worked hard together and individually to earn it and be ready to compete. Next year’s mindset will be the same.”

Published in Bowling, Sports and Uncategorized