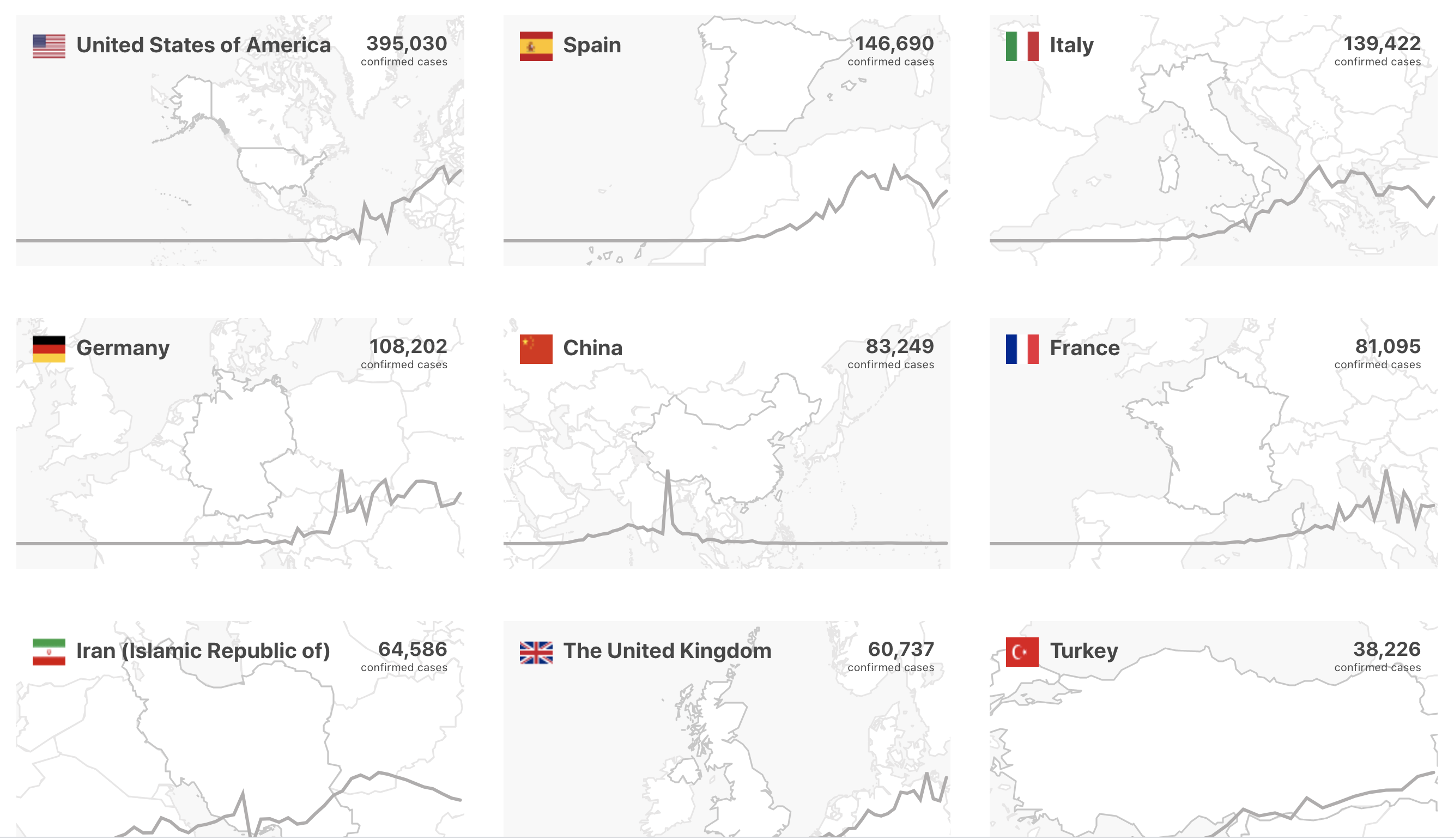 Students living in the United States are aware of the varying stay-at-home orders issued by the majority of state governments to ensure social-distancing and slow the spread of the new coronavirus—but stopping COVID-19 is a worldwide effort.

The White House and prominent health officials are urging people to remain home with the exception of those categorized as essential workers like grocery store employees and bank tellers. All nonessential businesses were ordered to close until the curve of the virus flattens. As of April 3, five states have yet to put these mandates in place: Arkansas, Iowa, Nebraska, North Dakota, and South Dakota. Another six states only enforced partial restrictions.

“All states should be doing everything in their power to keep people home”, Heather Felix, senior public relations major, said. ”Stricter orders will help to slow the spread of the virus and will allow us to return to normalcy asap. Other states have not been hit as hard as New York yet, therefore states must take every precautionary step possible to flatten the curve”

Similarly, other countries around the globe have placed restrictions to stop the spread of COVID-19.

In Australia, nationwide laws which restricted gatherings to a maximum of two individuals became effective on March 30. Some states took extra precautions like border restrictions, and others were more lenient, such as the Northern Territory and South Australia, which opted out of the two-person gathering rules. All states have closed all nonessential businesses, requiring people to work from home unless considered an essential worker. Individuals cannot leave their homes except for reasons such as getting essential goods or services, obtaining medical treatment or exercising.

In New South Wales, fines were put in place of up to $11,000 Australian dollars or six months of jail time for leaving the residence without a reasonable excuse. Further, citizens cannot leave the country until this “lockdown” order is lifted, and flights entering Australia are limited. Those who do arrive in the country will be forced to quarantine in a hotel for 14 days.

“The fines are excessive…. The U.S. should instead implement nationwide stay-at-home orders,” Felix said.

“It’s the only way to make people stay at home,” she said. “Despite the increasing numbers of cases and deaths, some people are not following social-distancing.”

Italy, one of the nations hit hardest by the pandemic with the third highest death toll thus far, issued a nationwide lockdown beginning March 9. Italian citizens must print out a certificate at home declaring their reason for leaving the house and then must seek permission from police to leave their homes or travel, according to a March 9 article from NPR. The country’s strict precautionary measures helped them to flatten their curve of confirmed cases.

“I think the measures Italy took were drastic, but were also necessary as Italy was the first country outside of China to be hit hard from this virus,” Joseph Campisi, sophomore biology major, said.

Boyce, who thought countries can benefit from stricter guidelines, also said that Italy acted too late in responding to the outbreak, but she is relieved to see a decline in their growing number of confirmed cases and deaths.

“It gives me hope for the U.S. and rest of the world,” she said.

India is the second-largest populated country in the world, and there is a growing fear among some of how they will handle a response to a severe outbreak of COVID-19. India has reported 5,916 cases of the new coronavirus with 178 deaths as of April 8, according to the World Health Organization.

In response, India placed the largest social-distancing measure in the world when it ordered a self-imposed nationwide shutdown for one day on Sunday, March 22, from 7 a.m. to 9 p.m., to give citizens an understanding of how their democracy would behave under restrictions, according to The Wall Street Journal. This measure was extended and is still currently in place.

All work, travel and movement is suspended in India, where they also placed a travel ban and prohibited entry of people from member countries of the European Union, Turkey and the United Kingdom, with the exception of Indian citizens. People entering the country will be placed in mandatory quarantine.

“In my opinion, India’s response to corona has been effective,” Campisi said. “An outbreak of COVID-19 in India would have devastating impacts on the country. It would be hard to contain and the hospitals would be unable to handle it.”