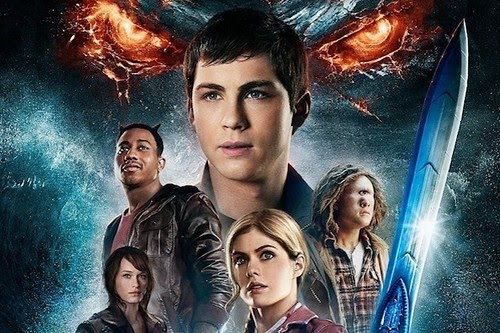 The series will follow the life and adventures of Percy Jackson, a 12-year-old boy that finds out he is a half-god and his normal life was actually a lie.

According to Riordan, the first season will follow the first novel in the series “Percy Jackson and The Lightning Thief” in which Percy is forced to find Zeus’ lightning bolt or else a war will break out between the gods.

In 2010, there was an attempt to bring the children’s books to the big screen, as a movie directed by Chris Columbus was released in theaters. Just three years later, a second movie was released following the second book in the series titled “Percy Jackson and the Sea of Monsters.”

The two movies brought in a decent amount of money, but were met with a good amount of criticism from critics and reviewers.

Senior acting major Carrie Lenza remembers when they had first seen the movies back in theaters.

“I did watch the two movies. I did not like them. The plot, characters, and tone were all completely inaccurate to the books, which was really disappointing because I really enjoyed the books,” Lenza said. “The new plots and character developments were also not particularly engaging, in my opinion, even aside from just not staying faithful to the books.”

To cover this concern from fans and keep the new Disney+ series accurate to the books, Riordan has been involved in the script writing process for the show. In a post made on his personal blog, Riordan talked about the process of writing the show script.

“Our writers’ room continues to meet every week, and I am always in every meeting. The team continues to be absolutely wonderful,” Riordan said. “We have delivered the first four scripts (which is what we needed for the green light) and are now working on some revisions based on the studio’s feedback… A large part of this spring will be spent finishing up the season one scripts. I can tell you with 100% confidence that this season follows “The Lightning Thief” faithfully, although we’re adding a lot of interesting nuances, depth, Easter eggs and backstory that will keep the story fresh and fun even if you know the books inside and out.”

Filming for the show is projected to begin this summer in Vancouver, but as of now, the casting auditions have just begun for the roles of the main characters: Percy, Annabeth and Grover.

On Twitter following this announcement, people complained that the actor who portrayed Percy Jackson in the original movies, Logan Lerman, should reprise his role in the TV series.

Junior musical theater major on a pre medical track, Nick Larsen, gave his opinion on the Twitter argument and who he believed should be considered for the role.

“I think that would be cool as he [Lerman] did a decent job, even though they all looked a bit too old, but also I think someone like Asa Butterfield might not be bad,” Larsen said. “I’m sure they could also find a newer actor to play him to make it more accurate to the books but I don’t think the casting was the main problem of the original movies so I’m not worried about who they end up casting.”

The new Percy Jackson Disney+ series is still months away from being brought to fruition, but Riordan in his announcement laid out a foundation that provides optimism to fans of the book series that influenced their childhood.