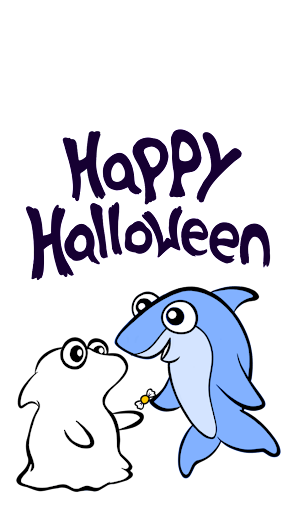 Halloween is quickly approaching, and many students are letting their creative sides show and constructing their own costumes. A little cardboard and paint can go a long way, and DIY costumes also prove to be a cost effective option.

Junior digital art and design major Kelly Bruce is one of many students making her own costume this year. She plans to dress as the famous Monday-hating orange cat: Garfield.

Bruce views Halloween as a way to bond with friends through fun costumes.

“I usually do costumes that match my friends or significant others. This year, I decided to dress as Garfield to recreate a funny picture my friend and I saw with Garfield and Shadow The Hedgehog,” Bruce said.

Additionally, Bruce’s boyfriend will be dressing as Jon Arbuckle and his dog will be Odie.

Bruce is making her costume herself as a chance to save some money and also show off her artistic side.

“Truthfully, I’m too broke to buy a proper Garfield costume,” Bruce said. “When I was little, my mom would make our costumes to save money, so it felt right to go the cheaper way. I also knew it would be a fun and fulfilling activity.”

Bruce purchased her clothes from savers and used fabric paint to design it.

“I got an orange hoodie, an orange shirt, and orange leggings. I’m painting on his black stripes and I plan to make ears to sew onto the hood of the hoodie and a tail to match,” Bruce said.

Costume or not, Bruce wants others to focus on the fun of Halloween however they see fit.

Junior digital art and design major, Jenna Fisk, acknowledges how difficult dressing for Halloween can be.

“It can be kinda hard to have something ready in time, especially if you’re making your own costume,” Fisk said.

Fisk used to dress up with friends but with her busy schedule, her Halloween celebrations fell to the wayside.

This year will be different. Fisk is taking time to construct her own costume of the Fortnite character Meowskull.

Fisk noted that she always loves doing hands-on crafts rather than buying a pre-made costume.

“I haven’t really committed to a project like that in a while. This is definitely more effort than I’ve probably put into any costume that I’ve done before,” Fisk said.

One of her favorite parts of the costume are the little sardine cans she made entirely out of cardboard tape and paint.

“Halloween is the time of year where I can just go crazy with face paint,” Bongiovi said.

Bongiovi rocks a skeleton look every year, and it has become somewhat of a Halloween tradition for her. She loves to paint skulls on her face. Every year, she does a new skull-based look showcasing her progress with makeup. Her Halloween face paint takes her 2-3 hours depending on the coverage and specific look.

Bongiovi did her first skull look in high school. Her low-quality face paint combined with her limited experience left Bongiovi unsatisfied with the finished look.

“It made me go, ‘hey, I’m gonna do this again better next year.’ Then that turned into ‘hey, what if I can paint more on my face?’” Bongiovi said.

For other students wanting to try a face paint look this Halloween, Bongiovi recommends investing in the proper products.

“Water based face paint is the way to go, don’t get the grease paint at costume shops. That’s where I went wrong my first year,” Bongiovi remarked.