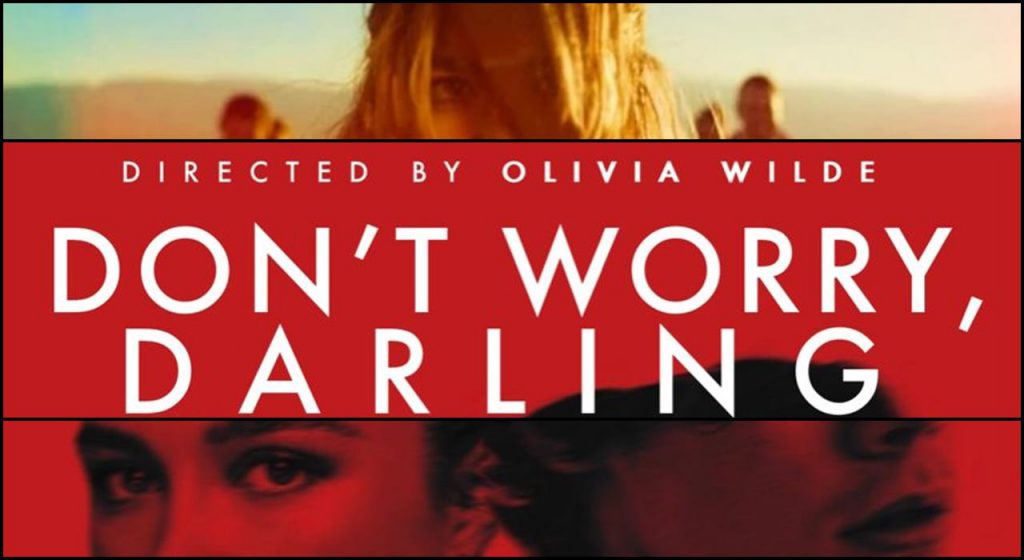 Florence Pugh plays the role of Alice and Harry Styles who is the supporting actor plays Jack. They play the perfect couple in the fictional town named Victory where everything is perfect. While the men leave for their top secret job, the women stay at home to cook, clean and shop. The community was created by Frank, who is played by Chris Pine, he is in charge of everything that happens in the town of Victory making sure everything is perfect.

Although everything is perfect, Alice slowly starts to realize that her perfect life may not be as perfect as it seems. She starts to hallucinate and manages to uncover the many secrets of her community that nobody else seems to understand.

Some viewers of the movie found this portion of the film distressing and anxiety inducing.

“It was really bothering me that no one would believe Alice, but I get why because Alice used to be like that with Margaret and not believing her for hallucinating first,” sophomore biology major at Hofstra University Kaylah Rivera said. “I wish I was able to teleport into the movie and help a sister out.”

The film itself was filled with visuals from 50s style outfits, cars and homes. It would then jump to striking creepy images. When Alice was hallucinating, she always had images of eyes, dancers, and drops of blood.

Although it was interesting to watch, some viewers felt the images lacked meaning in the context of the plot of the film.

“I enjoyed the film. I even enjoyed seeing what Alice was hallucinating but, I wish there was more to detail to it. I wish I understood why she saw dancers. The eyes I got because her own eyes were being held open but the dancer… I just don’t get it,” senior education major at Queens College Lauren Hernando said.

Audience members enjoyed the intensity of the film, but many were frustrated with the ending. Many said the ending felt abrupt, slightly unfulfilling and all around rushed. The film ended with Alice placing her hands at the top of the mountain making her wake up from the alternate universe which was known as “Victory” to her going back to her real life. Once she placed her hands it went to a black screen and a gasp for air was heard before the credits then appeared.

“I went to watch the movie twice to see if I really understood the movie more, especially the ending. I just wish there was more to it. I would’ve loved to see [Alice] waking and seeing Jack dead beside her. I feel like it could’ve been better especially with all the hype built around the film,” sophomore musical theatre major Grace McNally said.

Many fans have created their own theories about the film. One explained how Alice would constantly scratch or touch her eyes because they were being held open in real life. Another was: the red plane that Alice saw was her seeing red lasers passing her eyes. And, how when Alice was going to make tuna Jack said not to because Fred did not like it, meanwhile it’s because that’s all Jack ate in the real world. The most creepy theory was how Violet, the new member of the community, was actually kidnapped in the real world by Bill and was forced to be his wife in the simulation hence why she was always anxious.

Some viewers have their own theories regarding how the simulation worked.

“We all know Frank was behind all this and once he found out Alice was slowly no longer being hypnotized, he was tormenting her by making her suffocate in an enclosed space island in her bath. I think he was able to control her in the real world and not in the simulation,” Hernando said.

Towards the end of the film, Alice knew exactly what was going on and since she was no longer hypnotized she was able to help the other wives realize the truth, which is why we saw the women becoming aware of what Alice was saying this whole time. In order to escape, they had to kill themselves in it which is how Margret escaped and no one saw her again.

There are many questions still left unanswered, but audiences are having fun trying to put the pieces together.