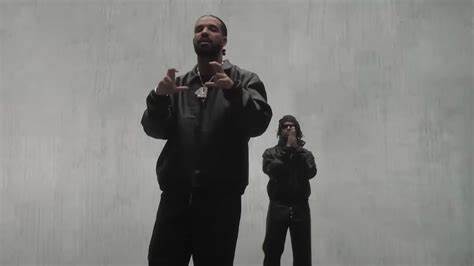 Drake and 21 Savage released a music video for their song, “Jimmy Crooks.” The video ends with a scene of the two artists announcing their upcoming album together, “Her Loss.”

This is not Drake and 21 Savage’s first collaboration together. They’ve both featured on many songs together like, “Knife Talk” off of Drake’s album “Certified Lover Boy,” “Mr. Right Now” off of 21 Savage and Metro Boomin’s album, “Savage Mode II.” Each time both rappers collaborated, they received an immense amount of listens. Their song “Knife Talk” has about 65 million views on Youtube.

Both rappers have an impressive track record that demonstrates their ability to bounce off one another and compliment each other’s voices. Drake’s music is described as the “nice guy” of the hip-hop/rap industry. He raps about women from his past and present. While Savage raps about growing up on the streets, gun violence, or about his enemies. The two are very different but can balance each other’s energies.

Their new song “Jimmy Cooks” comes from the character Drake played in Degrassi: Next Generation, Jimmy Brooks. Drake held this role for about eight years, making it very special to him. This song debuted at number 1 on the Billboard Hot 100.

Drake fans on campus were very excited about the news of a joint album.

“I am such a huge fan of Drake and 21 Savage so when I heard the news they were releasing an album together I was ecstatic. I made sure to send the instagram post to my friends who would be just as excited as me,” senior finance major Elijah Stout said.

The album was set to be released on Oct. 28, 2022 but now will be put out later than expected. Drake’s long time producer Noah Shebib just contracted COVID-19, delaying the release of the album.

Drake posted to his Instagram story a statement about pushing back the album: “Our brother @ovo40 got covid while mixing and mastering the crack so he’s resting up and NOVEMBER 4th is ‘Her Loss’ Day. We’ll see you soon.”

Fans are upset they have to wait an extra week for the album, but they expressed it is worth the wait.

“Drake and 21 Savage delayed ‘Her Loss’… it’s more like our loss. This was something I was looking forward to but hey all good things come to those who wait. At least Rihanna’s new song was able to get all the attention since it’s been 6 years since she released something,” business administration major Michael Gonazles said.

The two artists recently unveiled their tracklist hours before the release. On the record there will be 16 songs: “Rich Flex,” “Major Distribution,” “On BS,” “Backoutsideboyz,” “Privileged Rappers,” “Spin Bout U,” “Hours in Silence,” “Treacherous Twins,” “Circo Loco,” P—y & Millions,” “Broke Boys,” “Middle of the Ocean,” “Jumbotron S–t Poppin,” “More M’s”, “3 AM on Glenwood” and “I Guess It’s F–k Me.”

Not only did they release the track list, but they decided to troll their fans with a fake cover of Vogue magazine, as well as a fake NPR Tiny Desk concert and an interview on the Howard Stern Show.

Fans of the two artists found the promotional antics funny and entertaining as they wait for the album.

“They got us good,” junior at St. Francis Prep High School Gabriel Stout said. “I kept sharing every post with my friends group chat only to find out it was fake. I love when artists can play around with their fans, especially hyping it up for when the album drops.”