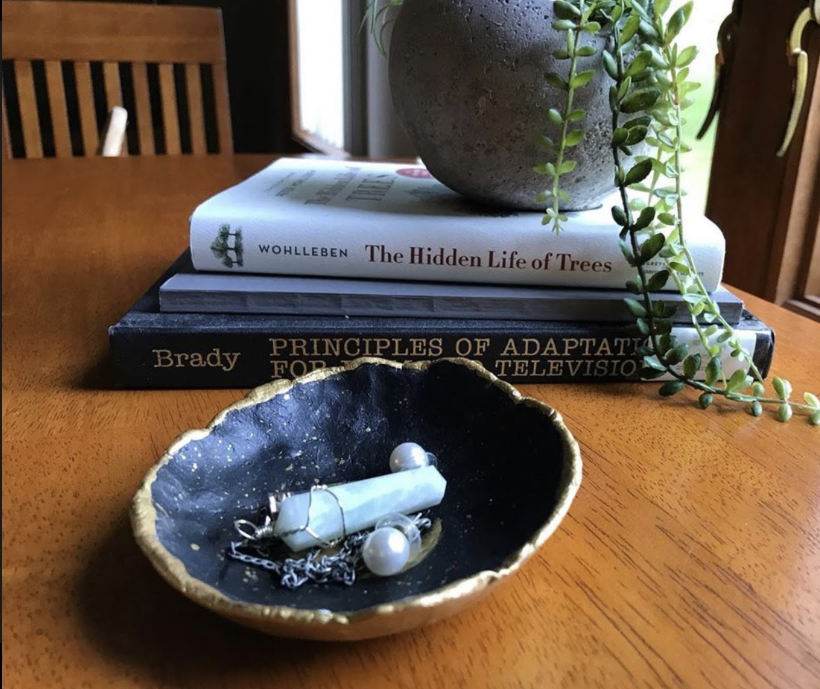 The Emerging Student Theatre Artists (ESTA) club began their first virtual craft fair via Instagram on Aug. 15. ESTA is a student created club that normally specializes in theatre performances like small themed cabarets all the way to full scale musicals, however they shifted focus to cater to other forms of art last Sunday.

“The ESTA craft fair was started to showcase the amazing creations that members of our club were selling,” Jaclyn Holliday, a senior musical theatre major and ESTA president, said. “We wanted to support them and their work while also highlighting to everyone in our club everything that could be bought.”

The club members worked together to make the fair happen virtually. “My co president Yaya Munoz had posted on our Facebook page asking any artist/creator who sells their work to post about it in the comments,” Holliday said. “From there I had the idea to do a craft fair on the lawn to showcase everyone’s amazing creations in person. Pearl Emerson, one of our secretaries and one of the vendors at the craft fair, then took over the project and organized it to be online.”

The craft fair mostly took place on Instagram, via the @esta.liupost accounts stories.

“We originally were going to set up booths outside and only let a certain number of people walk through at a time,” Holliday said. “However, with the COVID-19 restrictions we had to put it all online. We showcased each artist on our instagram story and then posted bundles, a combination of different vendors’ work that fit the same theme, on our Facebook page to be auctioned off. We had a starting bid for everything and gave everyone 24 hours to put their bid in. Then the highest bidder got the bundle.”

For those who missed the fair, ESTA is unsure of plans to make another event for selling handmade items, but encourage students to follow their social media to gain insight on their future shows and events.