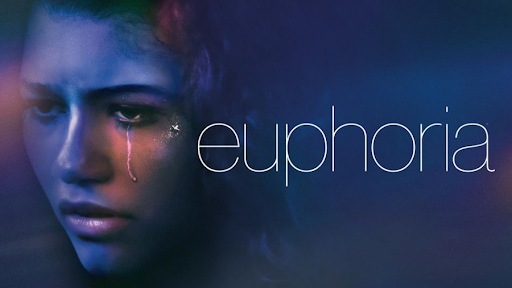 The second season of “Euphoria” premiered on HBO max on Jan. 9 and viewers of the show were hooked

“Euphoria” is a series that takes the audience inside the mind of Rue, a drug addict, played by Zendaya–and her peers around her. Each character has their own story and conflict that they are trying to work through.

“The basis of the show is that every character is addicted to something, whether it be physical drugs, an emotion, or something else entirely,” sophomore education major Robert Metzger said.

Many believe that this show speaks on important issues that many people in their teens to early adulthood face. The issue of drugs and alcohol is present, along with the lack of self confidence and positive self-image.

Euphoria shows the viewers what issues each character has to deal with. It shows the audience each characters’ journey through facing these issues, which are issues that can occur in the real world, and many feel as though it is important to address this.

“I think that “Euphoria” is important because it brings awareness to many social and mental issues that are not paid enough attention to day-to-day,” Metzger said.

Since these are scenarios that can occur in the real world, many viewers of the show believe that they should be spoken about more.

“I feel like a lot of the topics brought up in “Euphoria” should be talked about more since many people deal with different issues that are similar to those in the show,” sophomore business major Lauren Ritirato said.

Along with Rue and her drug addiction, viewers see how the other characters deal with what they’re going through too. Nate struggles with his anger and stress; he often lets it consume him and takes it out on others around him. Kat constantly seeks others’ approval and Lexi struggles with being a loyal friend and often not receiving the same loyalty back. Cassie is addicted to the feeling of being wanted by someone else and Jules faces the issue of being tied down instead of freely doing what she wants.

“Maddy is unaware of her self-worth. She is trapped in a toxic relationship and she does not know how to be her genuine self without her abusive boyfriend, Nate,” Metzger said.

Although most viewers understand that “Euphoria” is a show for mature audiences with more emotional and heavy scenes than other shows, Zendaya felt it necessary to issue a warning that the new season may be a bit more extreme than the first.

“The show’s Emmy-winning star Zendaya took to Instagram to warn fans that the show’s content might be heavier than what they were expecting,” the article stated.

Within the Instagram post, Zendaya reiterates that “Euphoria” is for mature audiences and she advises viewers only to watch if they feel comfortable as there are subjects brought up in the show that may be triggering to some.

“I think it was very smart and thoughtful to remind the viewers of the show that some scenes may be difficult to watch for a lot of people and it shows that she truly does care about her fans and doesn’t want them to begin watching it without a warning,” Ritirato said.

Many fans were shocked when they saw that Zendaya felt the need to emphasize on this and made sure to prepare themselves for the season to come.