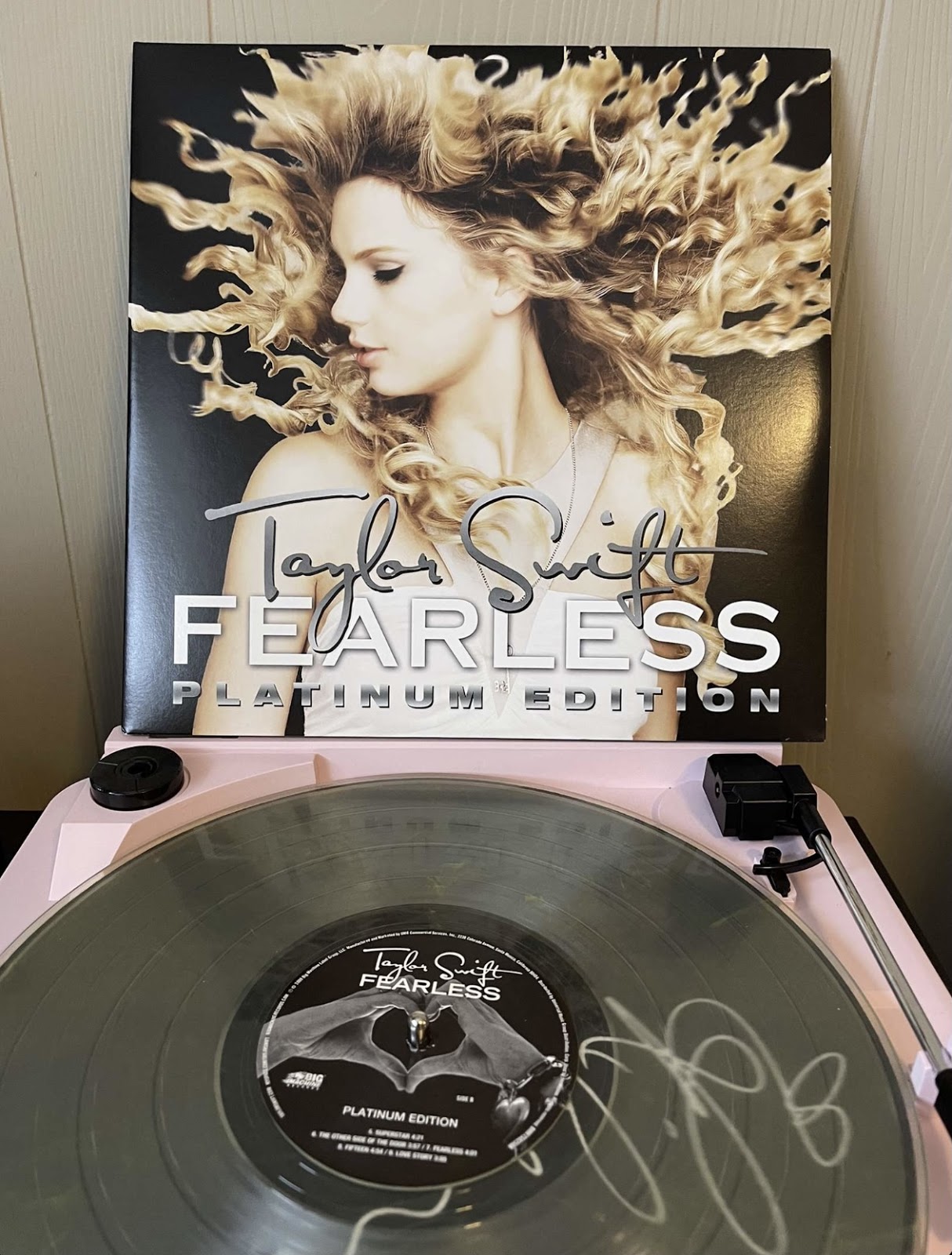 Fearless” But make it Taylor’s Version

On Feb. 11, Taylor Swift announced she was re-recording her 2008 album “Fearless”, only this time it will be retitled “Fearless (Taylor’s Version).” The release began with her re-recorded version of “Love Story,” which dropped that night.

This announcement had Swift fans excited and surprised. However, Swift isn’t doing this project just for her fans but also for herself as an artist. Similar to most artists, Swift signed with a record label at the start of her successful career. Swift signed with Scooter Braun the owner of Big Machine Label Group who worked with her when she recorded her first albums. These recordings, referred to as her masters, were owned by Big Machine Label Group, not Swift herself.

Swift owns the publishing rights to her songs, which includes the lyrics and melodies; however, she does not own the master’s rights. Without the master’s rights, Swift does not completely own her own music. Throughout her career, Swift’s masters have been sold multiple times without her knowledge.

Scooter Braun, the owner of Big Machine Label Group, and chairman of Ithaca Labels is the current holder of Swift’s masters for her first six albums. For years Swift and Braun have been in a legal battle over the rights to her music. He refuses to sell them to her, only offering for her to come and “earn” the albums back one at a time. Braun offered one of Swift’s old albums back to her for every new record she made with Big Machine Label Group.

Swift has hinted at re-recording her older music for a while now, but the Feb. 11 announcement was the first official word the Swift fandom had about the matter.

When she re-records her music, Swift will own the publishing, and master’s rights to the songs. All profits earned from the new songs will go directly to her. This will also decrease the value of the original masters, taking money away from the people holding them.

“Artists should own their own work for so many reasons, but the most screamingly obvious one is that the artist is the only one that really *knows* that body of work,” Swift said in an Instagram statement announcing the release.

Swift also revealed the release will feature 26 songs, including six unreleased tracks she wrote from ages 16-18. In a series of seemingly random capital letters, Swift hinted at the date the re-recordings will be released in full, spelling out “APRIL NINTH”.

Students on campus are also excited about Swift’s Announcement.

“I was so excited I immediately texted all of my friends, we screamed about it,” junior musical theatre major Ellie Lauthner said.

Lauthner is a longtime Swift fan. She reminisced on how Swift’s song “Teardrops On My Guitar” was the first song she actively recognized on the radio. Since Swift’s release, Lauthner has listened to both “Love Story” and “Love Story (Taylor’s Version)”.

“I prefer the version that pays Taylor and not some random guy who felt the need to exploit a vulnerable young woman,” Lauthner said. She believes all artists should own their own music.

Lauthner is looking forward to the release of “Fearless (Taylor’s Version)”. “I’m really excited for “Fifteen”, for her perspective on the song as a 31-year-old woman,” Lauthner said.

Other students on campus are listening to “Love Story (Taylor’s Version)” for the first time.

“When I first heard the song, I didn’t realize it was the version from this year. It’s nice to hear her current voice on this iconic song,” junior music education major Kaitlyn Sottung said.

Though Sottung doesn’t keep up with Swift as often as Lauthner she was happy about her new release.“Good for her that she’s finally getting justice,” Sottung Said.

Much like Sottung, recent college graduate Charlotte Beshers is also a fan of Swift’s music but doesn’t keep up with her too much. “I’m glad there’s a movement starting that is bringing the struggles artist’s go through to light,” Beshers said.

Beshers supports Swift in her efforts to own all of her music and hopes more people hear about why she is re-recording, so they will exclusively listen to the new versions.

“The recording of instrumentals definitely pulled the song together and gave me a wonderful nostalgic feeling of being back in middle school and wishing I was in a fairytale,” Beshers said. Swift’s music played throughout Besher’s upbringing. “I’m excited to feel nostalgic on top of being able to support her during this time,” Beshers said.

All three students are excited to support Swift in this new venture, and by listening exclusively to Taylor’s version of her old songs, they are doing just that.

On just the first day of its release, “Love Story (Taylor’s Version)” earned 5.8 million streams. Swift’s mission is off to a successful start, and her fans are ready to keep up that attitude all the way until April 9.