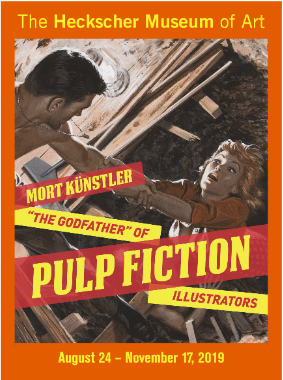 Some documentaries are made to share people’s stories with the and shine light upon situations to bring understanding to others. This is what one former student planned to do with his original work

The idea for the film came about as former congressman Steve Israel, also our campus’ former Chairman of the LIU Global Institute and Distinguished Writer in Residence, knew the Kunstler family and wished to produce a documentary on Mort. Israel and the dean’s office helped fund this production to serve as a potential inaugural effort film for a possible production company on campus called LIU Productions. LIU Productions never came to fruition.

“It never crossed our minds that it would get into the museum exhibit with Mort’s other works or even travel with the show, let alone get aired on PBS. I worked on these projects because I had a passion for the subject matter and wanted to share a story with the world,” Portaro said. “The recognition received over the past few months, although different, is rewarding knowing that the films will reach a greater audience and be able to share Mort Kunstler’s work and story with even more people.”

The exhibit is showing from Aug. 24 – Nov. 19 at Hecksher, then traveling to other locations throughout the country. Portaro’s film is also being broadcasted on WLIW on Oct. 28, Nov.1, and Nov. 3. It will be live online as well at allarts.org and on streaming apps under the All Arts Docs Selects category

Zeig, professor of film and chair of the department of communications and film a large role in helping Portaro with his first documentary. “She was a staple throughout the entire process and an amazing documentarian. Being able to sit with her and learn from her throughout this film has been invaluable and if it wasn’t for her the other things like the traveling it getting aired wouldn’t been possible,” Portaro said.