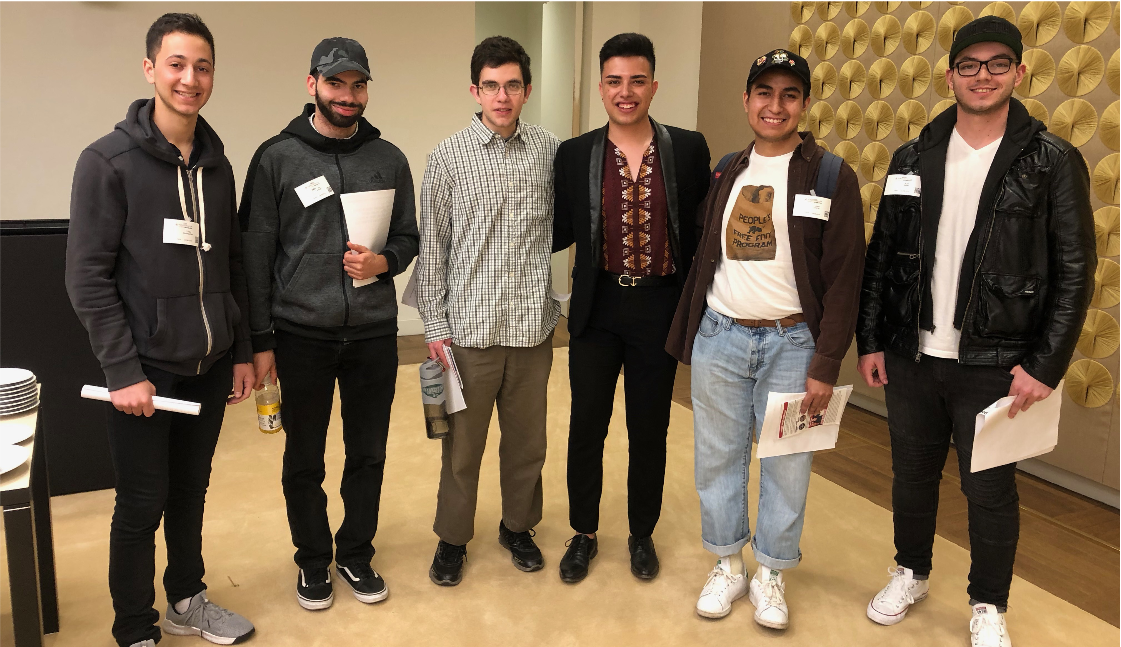 Professor Susan Zeig, chair of the department, accompanied seven students to a screening called “Following Their Lead Youth in Action” on April 8. Brave New Films and the Ford Foundation sponsored the screening. It took place at The Ford Center for Social Justice in New York City and brought together four nonprofit that rely on the input of youth . The audience gathered to watch four short films, one on each of the organizations, that gave details about the activism of the young people.

Brave New Films produces films to educate people on a variety of social justice issues. The partnership with The Ford Foundation allowed these organizations to reach different parts of the country

Rise For Youth is a Virginia based organi-zation that fights against juvenile detention, advocating for alternatives to youth incarcera-tion. In 2017, they successfully aided the shut down of Beaumont Juvenile Detention Center in Beaumont, V.A., while delaying the con-struction of a second center late last year.

Youth Vs Apocalypse is an organization that brings climate-based issues to classrooms in the Bay Area. Its goal is to get the youth of California to stand up and fight for their future, reducing their carbon footprint and tackling the issue of environmental racism.

Formed in 1990, the Native Youth Alliance is an organization that represents the people of the Omaha tribe (a Midwestern Native American tribe). Its efforts focus on the Omaha-Ponca language (native ) from extinction and providing homes and land for native youth. “Together we wrote to secure a future for the seventh generation,” co-founder Nathan Phillips said at the event

Based in Colorado, Padres y Jóvenes Un-dos is an organization that handles immigrant issues, from immigrant students’ rights to reforming their schools and elevating the voices of immigrants. Led by of color, the group works to end the school to jail track. “The over-use of harsh school discipline, zero-tolerance policies, the criminalization of youth behavior and the disproportionate impact on students of color are causing severe harm to Colorado students, families, and communities,” according to its website.

Although these nonprofits represent social issues, they had one thing in : the efforts of youth make some of the fastest growing organizations in the United States and across the world.

At the screening and discussion, the audience of 40 heard from adults working at the charities as well as a panel of youth representatives from each nonprofit. The panel consisted of high school student Kidaya Wright from For Youth, Althea Phillips, youth organizers for Native Youth Alliance, Alex Ortega from Padres y Jóvenes Unidos, and 15-year-old Hannah Estrada representing Youth Vs Apocolypse. The four discussed the challenges they face as youth and expressed what the “old folk” in the room could do to help.

Currently residing in Denver, 21-year-old Ortega uses the impact of his immigration story to help children in the same conditions. He was initially undocumented when he came to the US at 16 as an immigrant, Ortega found himself in ESL (English as a second language) classes.

Ortega was shocked at the number of his peers who were failing with no assistance from the teachers and the school, while he himself was excelling. This is how he first got involved with youth organizing as he establishing a tutor system to help his failing peers. Now, studying at university, and enjoying being a youth , he also identifies the pressures of the job. “Sometimes I come home and just need to cry,” Ortega said, “I just eat ice cream, cry and go on.”

To learn more about these organizations, the work they do and how to get involved, visit www.bravenewfilms.org