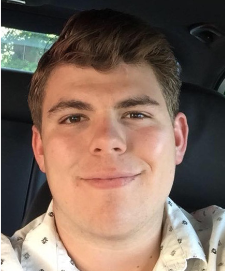 Griffin Albrecht, a political science major journalism minor, transferred to Post in 2017. Before then, he attended the University of Vermont. “I was transferring in because I wanted to do something different,” he said. “I was looking to get more involved [in] opportunities and internships and stuff like that in the summertime.”

Albrecht has enjoyed attending Post because the commuter nature of the school made it more realistic than the traditional college experience. “People are working, they have other jobs, a lot of older students are here too; people who are either coming back to school or going at nights.”

Seeing former presidents Bill Clinton and George Bush live at the Tilles Center is Albrecht’s favorite memory. “Having that opportunity was awesome. I had friends who went to Georgetown and they said ‘we don’t get Bush.’ It was a big deal.” Albrecht still has the ticket stub, which he keeps on his desk.