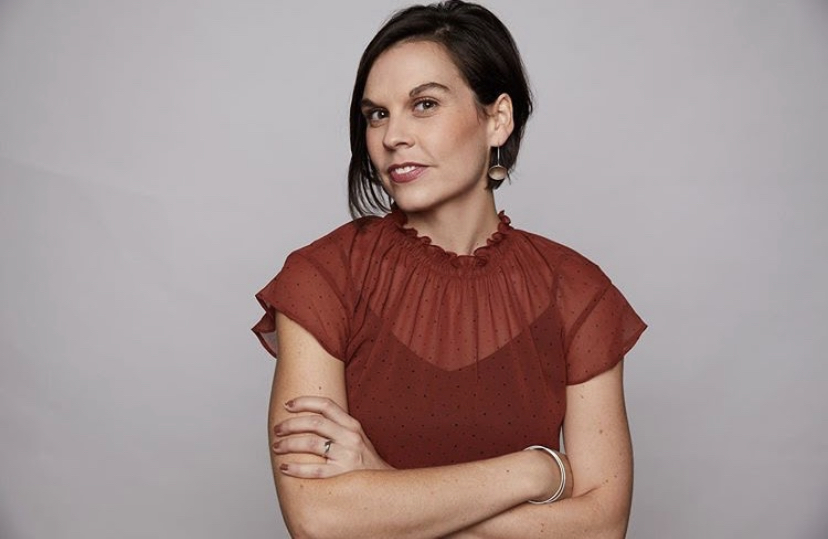 A new faculty member has created quite a buzz within the arts community at Post this Fall.  Hannah Ryan joined the Post theatre department in fall 2020 and has brought a lot of experience and knowledge to the department. She has worked on many Broadway productions including  “Hamilton” and “An American in Paris.”

Ryan has worked as the Resident Director of Hamilton on Broadway since 2016, “I feel like I won the lottery every day I get to work on Hamilton,” said Ryan.  “It’s such a complex show and I continue to make discoveries and draw connections”

Ryan has not only worked on “Hamilton,” but a handful of other successful Broadway productions.

“As a resident, associate, and assistant, I’ve worked on 5 Broadway shows.  A couple highlights from that list would have to be “The Curious Incident of the Dog in the Nighttime” and “An American in Paris”.”

She works extremely hard at her craft and makes sure her cast is feeling those same connections she does.

Ryan said, “making the experience personal for each actor is truly thrilling.”

Amidst COVID-19, Broadway has been shut down for months. “I wish I could still be working and directing new cast members that would have already joined the show by this point.  I miss the excitement of live theatre, of people gathered together creating a shared energy, and I can’t wait to get back.”Ryan said.

Ryan also maintains a freelance career, in which she develops and directs new works.  She said she could have about 8-10 projects on her plate at a time. This newest project is something the Post Theatre Company (PTC) is excited to see and learn more about.

“I am currently in the rehearsal process of ‘ROE’ by Lisa Loomer.”  A play discussing the topic of Roe Vs Wade.

The choice of this play is one of the main reasons Ryan came to direct at Post.

“The theatre community is a small one and I heard about the opportunity from another director and applied.  When I saw that one of the prospective plays was “ROE”, I was super excited about the possibility of sinking my teeth into this incredibly timely piece.”Ryan said.

Ryan seems to be enjoying her time here at Post, and her time with PTC.

“I am loving every moment.  The cast is incredible, so devoted, so knowledgeable and so open, the designers inspiring, the staff supportive, and my stage manager goes above and beyond every single day.” Ryan said.

The people she works with feel the same way about her.  Quinn Doyle, a Sophomore BFA musical theatre major, has really loved working with Ryan.

“My experience working with Hannah so far has been wonderful.  She is an incredibly insightful woman with bold ideas and an open mind that never gets tired of retaining new information.  She’s so interested in hearing what we have to bring to the table.” Doyle said,

Doyle believes Ryan was the perfect fit for this production

“One word to describe Hannah Ryan: courageous.  She chose to direct a play that discusses an extremely controversial topic from past and present generations, that crosses disputes between religion, and politics in America.  I don’t think anyone is more fit than Hannah Ryan to take on such a responsibility during these uncertain times.” Doyle said.

Hannah and her cast have such a loving, healthy, and strong relationship.  She said working with this cast is a dream.

“I had no prior knowledge of this program so I came in not knowing what to expect.  The cast has been  here for it and then some.”

Ryan is so excited by the challenge of directing and telling this polarized story with empathy reflected on both sides.  She hopes everyone will tune in to see what amazing work she, her cast, and her creative team has done.

“Get ready for an exciting live stream in early November.  We’re looking forward to sharing our journey of making theatre during a global pandemic fresh and approachable.”

For any students interested in viewing “ROE,” or any PTC production, information will be available in the Theatre Film building on the bulletin board, the Little Theatre box office, and the Post Theatre Company Instagram page, @liuposttheatrecompany.