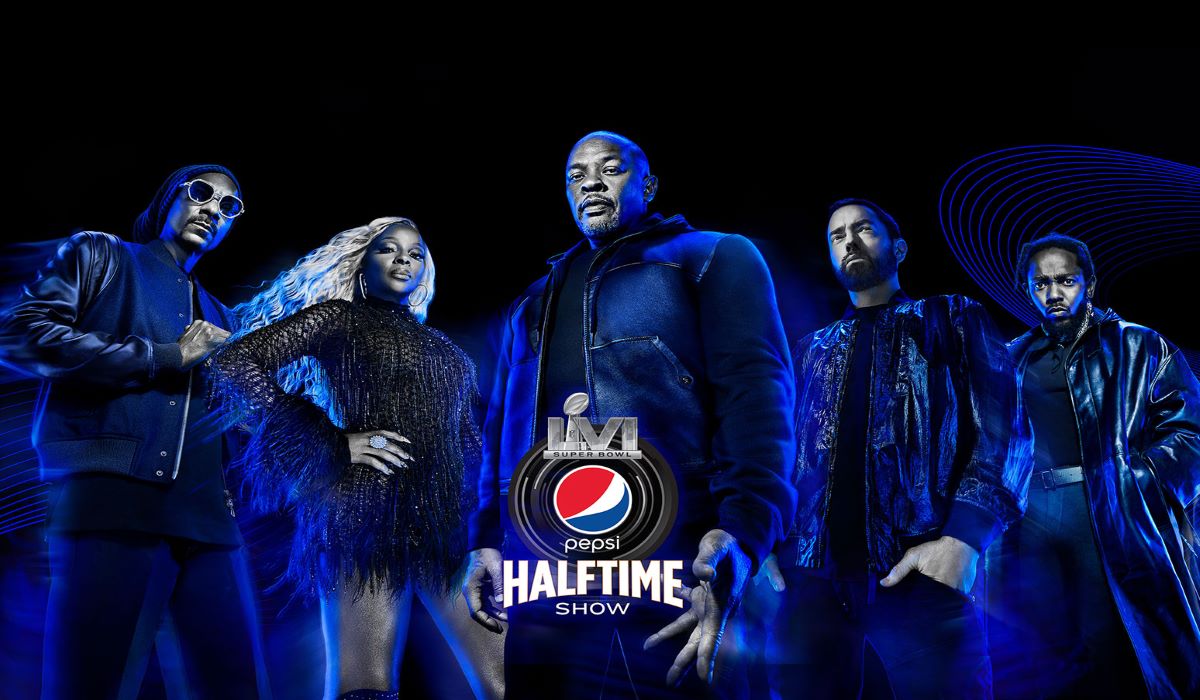 The moment that “Still D.R.E.” began at the Super Bowl LVI Halftime Show, roars of awe and excitement were heard all around the globe. A halftime show that encapsulated every historical and monumental moment in hip-hop for the last 20 years is one that individuals who watched will remember for a long Time.

These artists came to the Super Bowl with intensity and a determination to make a statement that transcends mainstream music norms – hip-hop is the new pop. Never has a the crowd of Super Bowl attendees made more noise than when these individuals hit the stage.

When students on campus were asked about their opinions on the halftime show, the reviews were no less than astounding.

Sophomore marketing major Mike Shapiro attested that the show was the best one he has seen or lived through.

“Demand for hip hop in mainstream media is much more present than it used to be…[the producers] look for artists that people would want to see, and in this day and age the artists are primarily hip-hop related,” Shapiro said.

In order to portray the birth of Dre and Snoop’s fandom, the stage was set in Compton, California. The spectacle begins with a mashup between Snoop Dogg and Dr. Dre, performing their hit single “The Next Episode” with such confidence it was as if they were performing it at their primes.

Following was a tribute to the late great Tupac, in which the two performed “California Love.”

“[Snoop] was by far the most entertaining person to watch,” Shapiro said.

Next, came the sight to see of the night – Dre and Snoop’s performance of “The Next Episode.” Beginning with a classical piano riff by Dre, he teases the audience before going into the infamous three chord intro.

With passion and purity, the duo plays off each other as smooth as butter, matching each other’s energy and coming into their parts with force intended to proclaim their permanent existence in the world of mainstream music.

Sophomore finance major Joseph Dowling believes that it’s been a long time coming for hip hop to be included in the halftime show.

“Hip hop has existed as one of the most popular genres in American music for almost 20 years, and for the entire halftime show to be rap is a big step for America as a whole and a realization from the older population that times are changing,” Dowling said.

Rising from underneath the stage shortly after came the one and only Slim Shady, where he captivated the stage with his performance of “Lose Yourself,” the song that made Eminem known around the globe.

A surprise upside-down (literally hanging from his ankles) cameo from 50 Cent shocked the crowd, while subsequently causing an uproar sing along to “In Da Club,” a fan favorite for many in the stadium. It was no shock to see him alongside Dr. Dre, as he was a primary component in the beginnings of 50’s success.

The youngest in the group of performers, Kendrick Lamar, was accompanied by an immensely impressive performance by background dancers while reciting his massively famous “Alright.” A relatively older song in the repertoire of Lamar, but nonetheless making an impact on the audience.

The only singer on the stage, Mary J. Blige, stunningly and sensually performed some of her most famous hits, “Family Affair” and “No More Drama.”

While the performances were impeccable and inspiring, this Super-Bowl halftime show acted as a demonstration to those in denial of hip-hop’s presence. Anyone who chooses to ignore the impact that hip-hop has had on music in the last 20 years can no longer do so. They are now unable to sit and reject the idea of “pop” being the only genre allowed at the global level. Hip-hop is here, and here to stay.