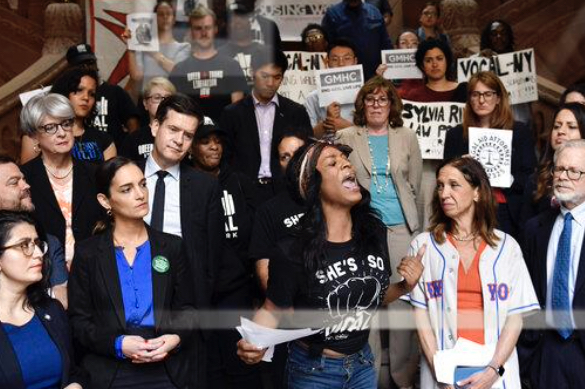 New York Gov. Andrew Cuomo repealed a 1976 New York State law known as the “walking while trans” law on Feb. 2. The law was an anti-loitering policy that was put in place to reduce prostitution, but was often used to harass and arrest transgender people.

“To have a law be named something that isn’t even that name of the law is already the start of a pretty telling scenario,” senior game design major and president of the rainbow alliance Nicholas Frank, said. “The very loophole-ish extent of this and being able to discriminate against people who weren’t doing what the authorities believed they were doing just as a way to crack down on the community is pretty unfair.”

The “walking while trans” law gained its name from the mass arrests of trangender individuals that would occur because law enforcement assumed they were prostitutes as they walked down the street. Arrests were most common in lower-income communities. These neighborhoods mainly housed people of color, and 91 percent of arrests under this law were of Black and Latinx people and 80 percent of the people arrested identified as women, according to Assemblymember Amy Paulin and state Sen. Brad Hoylman, who sponsored the repeal of the law. According to an article from NBC News, officers were mainly called to look out for women with “adam’s apples, big hands and big feet.”

“Not only is this so obviously discriminatory but in ways that just perpetuates an anti-trans culture in people,” Frank said. “To look at certain people and immediately make certain assessments and judgements is something that needs to be left in the past.”

Students at Post were happy to hear about the repeal of this law.

“When news came out about it I was very excited,” Frank said “I hope that more people start to see the joy that comes from not having to be afraid of going places, it’s something that a lot of people take for granted.”

Frank believes that the education system in America should incorporate more requirements for learning about the LGBTQ+ community to help expand the protections of members of the community.

“When it comes to legal action in the states, I believe a lot of the laws New York City has should be put into other places,” Frank said. “I believe a standpoint of education should be a requirement of understanding that people can be who you aren’t and still be completely valid in who they are.”