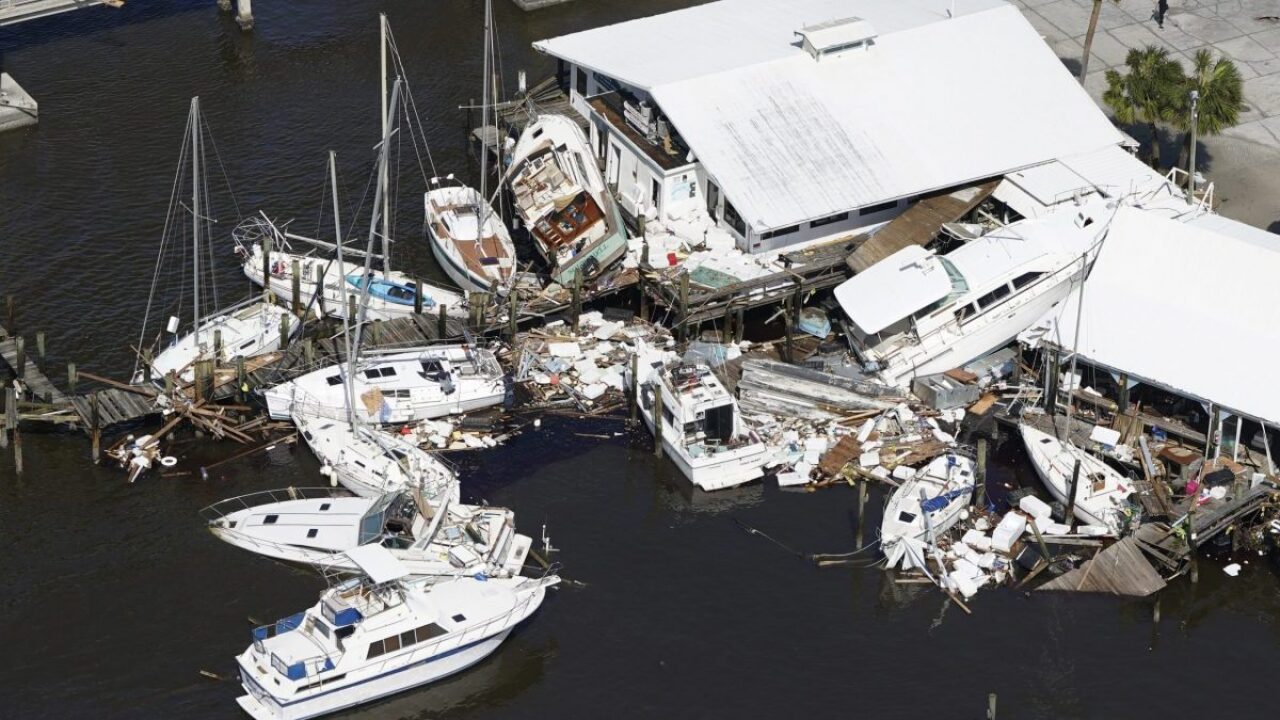 Hurricane Ian has displaced thousands of Floridians whose homes are now uninhabitable. The storm took their safety nets with it, too.

The monster storm made its first U.S. landfall on Wednesday on Florida’s west coast as a powerful Category 4 hurricane, shredding homes with ferocious winds topping 150 mph. Florida’s death toll has climbed to at least 81 people.

Lee County, which surrounds Fort Myers, accounts for the majority of the fatalities, with at least 35 lives lost in the county.

In Charlotte County, which is home to Punta Gorda, the death toll is 23.

Other fatalities were reported in Sarasota, Volusia, Lake, Collier, Hendry and Manatee counties.

Junior criminal justice Mathew Nieves, who is from Tampa, also got a little bit of this storm.

“It definitely was a scary moment of life by far,” Nieves said. “Me and my family never experienced something like that by far. We didn’t get it as bad, but the circumstances that happened was definitely a terrible situation.”

As Florida tallies the immediate tab from its deadliest hurricane in decades, the destruction it wreaked on homes will erase retirees’ nest eggs and families homes, the primary way of passing along wealth to new generations. This exposes the dangers of American dependence on housing as most people’s financial backstop and lifeline.

The initial report property damage estimates for Ian currently range from $42 billion to as much as $258 billion.

If the estimates prove to be more accurate from the higher end, Ian would be the costliest natural disaster in U.S history, after 2005’s Hurricane Katrina which cost $186 billion.

Another issue created by a natural disaster is business interruption. This decrease in economic activity is measured either in terms of lost revenue or a combination of lost wages and profits.

This began when the disaster struck and will continue until the economy has recovered.

However, these costs do not count lives lost or human misery, such as the number of people left without power or clean water.

“This definitely hurt my family business because of this,” junior Davon Wells said. Wells was also impacted by this storm. “ We just have to pray and hope everything gets better for not just us, but for all the families that lost or had something happen to them.”

The next process for the recovery from the storm is to get everything back to normal. Florida has begun cleanup in the aftermath of Ian’s destruction, as the state is working towards rebuilding infrastructure.

Of course the families that lost someone are not going to be the same, which students feel is the negative impact of this storm. But other than that, the process to rebuild everything back will come together soon.