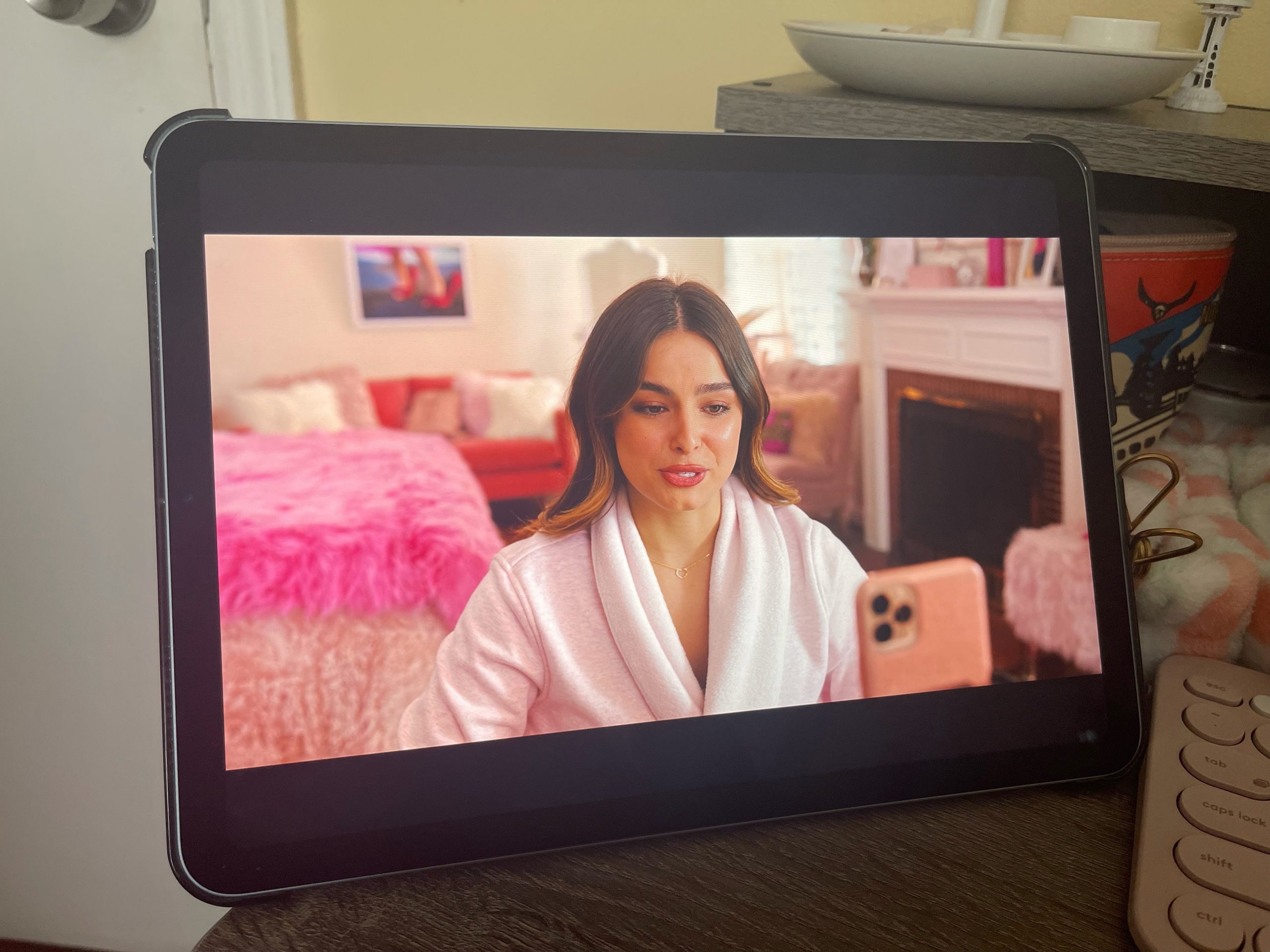 Is Addison Rae Taking Over The Big Screen?

Addison Rae has officially made her big screen debut in the Netflix movie “He’s All That.” The 20-year-old media personality gained a following on the social media app Tiktok over the pandemic, recently reaching 84 million followers. Rae is the second most followed creator on Tiktok.

“He’s All That” is a gender swapped re-telling of the 1999 film “She’s All That” starring Rachael Leigh Cook and Freddie Prinze Jr. In the film, an influencer, played by Rae, makes a bet with her friend that she can transform the school’s biggest loser into the homecoming king.

Students on campus are reacting to the film, as well as Rae’s performance.

“One night I come downstairs, and I see my dad flipping through Netflix and he puts it on,” senior musical theatre major Devin Butera said.

Butera doesn’t think he would have watched “He’s All That” on his own, but he isn’t upset that he got roped into viewing the film.

“I actually thought it was pretty good,” Butera said.

Butera noticed random dance breaks in the film that he felt didn’t make sense cinematically, but he thought they were a fun addition to some of the scenes. He believes it helped that he didn’t watch the film with very high expectations.

“Addison Rae wasn’t as bad[at acting] as I thought she would be,” Butera said.

Butera doesn’t believe Rae was given the role based on talent, even though her acting abilities exceeded his expectations.

“[I think she got the role] because of where she lives, what she looks like, who she knows, how much money she has and so much more,” Butera said.

Butera thinks there will always be someone better for every role out there, so it is impossible to speculate on potential casting.

“There are literally a million other girls who you don’t know, who you still won’t know for a couple of years who you could have known from this movie,” Butera said.

Though Butera wasn’t appalled by the film, he was still able to point out minor criticisms.

“It feels like I’m watching a reality show when someone like a Kardashian comes on the screen,” Butera said.

Butera doesn’t think there is anything anyone can do to stop media personalities from taking over Hollywood. All he hopes is that they have good hearts and good attitudes when they do.

While Butera stumbled upon “He’s All That,” other students planned on watching the Netflix movie.

“I spend a very unhealthy amount of time on Tiktok, and there was an obsessive amount of advertising for the movie on there. I wanted to see if Addison Rae was a good actress or not,” senior physical and health education major Jack Tomlinson said.

Even though Tomlinson describes the dialogue of “He’s All That” as the worst he’s ever heard in a movie, he was pleasantly surprised by the quality of the film as a whole.

“I thought she did better than I expected, and for her first acting experience, I was proud. She should be proud of herself,” Tomlinson said.

Tomlinson acknowledges the fact that Rae most likely brought many eyes and views to the movie with her name power alone. He hopes this isn’t the permanent future of the entertainment industry.

“I think it’s a fad. It probably always will be there to an extent. But in a few years, it probably won’t be cool to see TikTok stars on TV anymore,” Tomlinson said.

“He’s All That” was released on Netflix on Aug. 25. The film ranked number one on the streaming platform six days after its release, only keeping that title for one day.