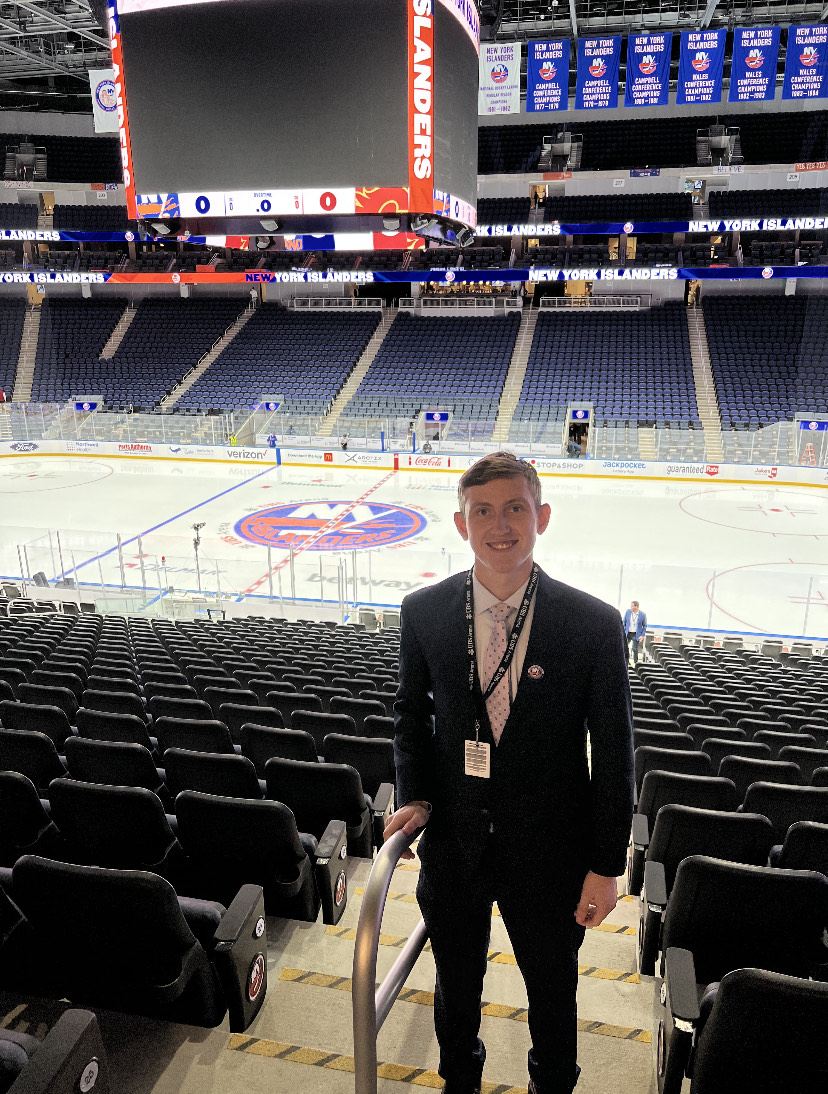 The Islanders are back on Long Island, playing in UBS Arena in Elmont, NY. The stadium opened on Saturday, Nov. 20 for the first home Islanders game of the season against the Calgary Flames.

The Islanders played their first 13 games on the road before the long awaited opening matchup, and now get to enjoy their new home base for the remainder of the 2021-22 season.

The Islanders played all their home games from 1972 to 2015 at the Nassau Veterans Memorial coliseum in Uniondale, NY. Due to its age and conditioning, the Islanders moved their home games to the Barclays Center in Brooklyn, which became the home of the Brooklyn Nets just a few years prior.

This move did not go as well as planned for Islanders, as many fans complained about the seating and view arrangements at Barclays due to the design geared towards basketball. Another problem was the location. The main base for the Islanders fans is here in Nassau County, so the commute whether driving or public transit was much less convenient for the casual fan.

In 2018, the Islanders decided to split their home games between Barclays and the newly renovated Nassau Coliseum.

On August 8, 2019, the Empire State Development Corporation board (ESD) voted unanimously in favor of the Belmont Park Arena project. The Islanders continued the two-stadium split of home games, until the 2021 Stanley Cup Playoffs.

After being the home of Islanders games since their founding, the Islanders decided to play all the home playoff games in Nassau Coliseum, to commemorate all the history the franchise has had over the years, and give the old arena one final chance to be a heart to Islanders fans on their quest to a Stanley cup title.

The Islanders defeated the Pittsburgh Penguins in Round 1, and then the Boston Bruins in Round 2, each in six games. They would fall in the semi finals to the Tampa Bay Lightning in seven games. The Islanders took game six of that series in 3-2, on an overtime goal from Anthony Beauvillier, making an electric final game in Nassau Coliseum’s history, sending the Islanders into game seven, where they eventually fell 1-0 to Tampa Bay on the road.

After nearly two long years and over $1 billion in funding, UBS Arena is finally open for fans to watch Islanders games with an attendance capacity of just over 17,000. Concerts held at the arena will hold a capacity of 18,500.

Lonegro could not be more excited for the next chapter of Islanders history.

“From a fans perspective it’s amazing to finally know they are home and not going anywhere,” he said. “For my entire life there’s always been questions about relocation or which arena we’d play in, but for the first time that I’ve ever seen, we have stability.”

Lonegro was in attendance, working behind the scenes at the first home game against Calgary, where the Islanders fell 5-2. Despite the outcome, Lonegro ensures it will be a day he will never forget.

“The atmosphere at the first game was electric. I had the privilege of watching people come in for the first time,” he said.

Lonegro is certain that this is just the beginning for Islanders fans, and the new era of hockey and this opening year at UBS Arena will be one to remember.

“Seeing everyone so excited and happy was amazing to see,” he said. “People were fired up all night and it’ll continue for sure throughout the season.”