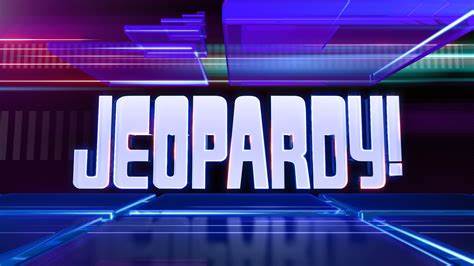 Jeopardy In jeopardy after new hosts take over

In recent months, the new hosts of the hit game show Jeopardy have been getting mixed reviews from fans. The classic television trivia series has recently adopted a dual hosting format after the passing of long-time host Alex Trebek.

Recently-instituted hosts Ken Jennings and Mayim Bialik have taken on a unique style of scheduling. Jennings has hosted from September and will continue into December for the regular season. Bialik will take over in the new year to host new tournaments such as The National College Championship.

Some watchers of Jeopardy have stopped watching the show completely, and others feel hesitant to see the show with new hosts. Fans at Post were passionate about giving their outlook on upcoming seasons.

A student on campus and a former Jeopardy fan said she turned away from watching the show because of the change.

“They should have just been done with Jeopardy after Alex Trebek died … He was the face of Jeopardy, and if he’s not there to host, it’s just not the same,” junior international business and finance major Emma Thibodeau said.

Trebek was the face of Jeopardy for 37 seasons. He was 80 years old when he passed away from pancreatic cancer in November 2020.

“I like the consistency of having one host. The thing with Alex Trebek is that you’re growing an attachment to that person and the way they run things in their style.” junior international business major Emma Thibodeau said.

Not all reviews of the new hosts are negative, however. Many are excited about the diversity Mayim Bialik, a Jewish woman in STEM, brings to the show.

Thibodeau shared her thoughts on whether she would ever consider watching the show again with the new hosts .

“I definitely like that they have a woman on there now since like the ’70s it’s been a male … So, maybe I will check out some of her episodes,” she said.

Bialik’s co-host Ken Jennings is a record-breaking former Jeopardy contestant, who has come under fire for multiple controversial tweets. His most discussed tweet was from 2014 when he said “Nothing sadder than a hot person in a wheelchair.” Many Jeopardy fans were disgusted and disheartened by the tweet, and feel uncomfortable watching new seasons of the show.

Sophomore data analytics major Devon Linden shared his thoughts on if the Jennings controversies have steered him away from watching.

“As someone who assists the disabled routinely, I’m honestly pretty appalled by the tweet. It’s really disgusting basically equating someone’s value and physical beauty to their ability or disability,” he stated.

Jennings has also come under fire for a recent ruling when he allowed a guest to correct himself after mispronouncing a word. Earlier in the season, another guest had said the wrong first name when giving the full name of an answer, but was not allowed to correct herself due to the question only asking for the last name. Some fans claimed that this was sexist, but the game allows corrections of pronunciation, but not of word or phrase.

Overall, the dual hosting schedule seems to be over complicated and confusing to many, and the inexperienced and controversial hosts have turned many viewers away. Many fans seem to be hesitant about watching the newest seasons of Jeopardy and feel that the show is not the same without the original host personality, Alex Trebek.