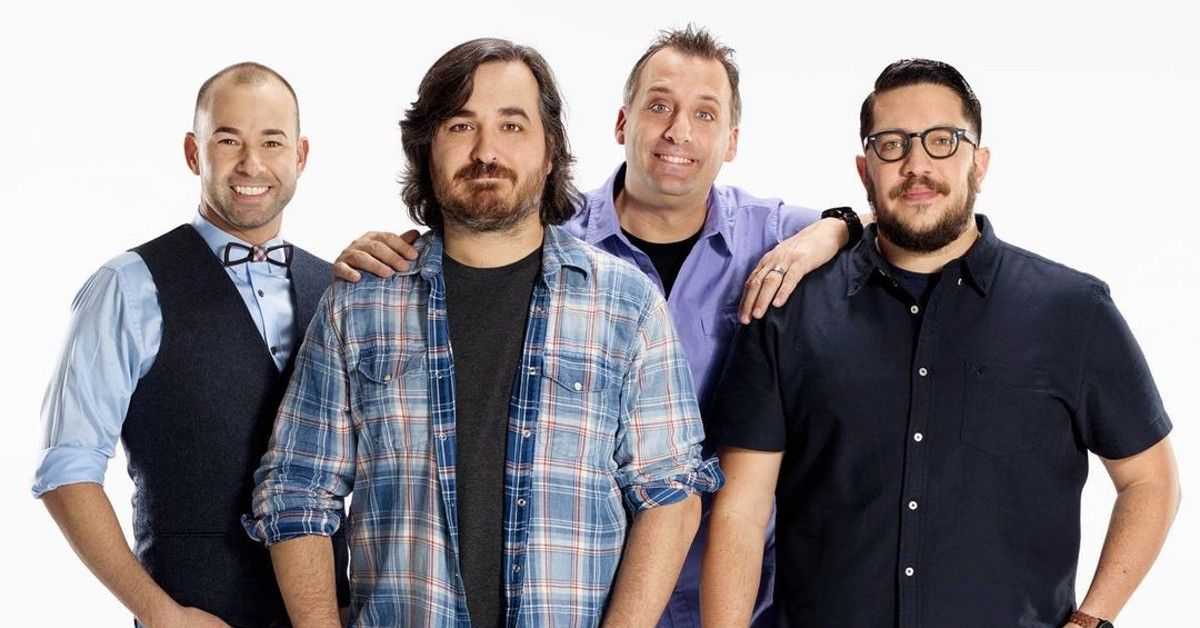 It was just before midnight on this past New Year’s Eve,  while the world was waiting for 2022, the TV community was dealt a blow in the dying minutes of 2021. It was announced that “Impractical Jokers” star Joe Gatto would not be returning to the hit truTV show, taking many of the fans by surprise.

Gatto stepped aside to deal with personal family matters, and left fans wondering what was next for the show. He was widely loved by the “Impractical Jokers” community, and the impact he had will not be forgotten by them. He leaves behind massive shoes to fill as the four lifelong friends who continue to embarrass each other are now down to three.

It has been recently announced that a different celebrity guest will join the Jokers throughout the new season, with the first celebrity being featured is comedian Eric André.

Grad student Ryan Branigan talked about what makes the Impractical Jokers so unique.

“What stands out about  “Impractical Jokers” versus other shows is that they really utilize the unpredictability of the public and make every show different,” he said. “You have no idea how the public are going to react to the most ridiculous things they do. They’re also really good at coming up with new and fun ways of putting the public to the test to see how they will react to their shenanigans and it’s great and makes for great TV.”

When talking about change in the show, Branigan mentions that it can still continue after some mixup.

“I’m honestly not too sure what the impact of Joe leaving is going to be, you can’t really replace his dynamic,” he said. “The show has gone on for so long, they’re probably going to have to get new Jokers at some point, but I feel like with the premise of the show you don’t necessarily need the original guys to keep it going. It definitely helps to have the original jokers as we’ve seen and gotten to know them and bonded with them.”

When thinking about the future of the show with the addition of celebrities, Branigan was cautiously optimistic.

“Obviously I think the show will go on without him. It might be a little different and might lose some viewers but I think it’ll be good overall going forward.I’m not fully sure the whole bringing a new celebrity to replace Joe is the best idea, I think it can work but I see it more as a temporary fix. I don’t think it is a long-term fix, I think you need to find a suitable replacement for Joe Gatto,” Branigan said.

Senior musical theatre major Francesco DiFlora touched on why he continues to go back and watch more episodes of the show.

“What makes Impractical Jokers stand out over other shows is how funny the dudes are,” he said. “They’re hysterical and the things they do, they do to real people so it’s just very funny to go back and watch new episodes. They’re very good at making me laugh because they do things you wouldn’t expect anybody to do in public.

When thinking of the departure of Gatto, DiFlora remembered he was disappointed when he heard the news.

“Joe was my favorite joker because of how funny he is, so I am less inclined to go back and watch,” he said. “Joe leaving is super upsetting and I think it’s going to make their ratings go down a little bit.”

DiFlora is unsure of how the new celebrity guest format of the show will work.

“It has been done in the past and I think a celebrity would be cool, but how would people not know the celebrity? They need to get a celebrity that’s not well known so they can do pranks. I think the show will be fine without Joe in the long run but could struggle to get the same ratings,” DiFlora said.