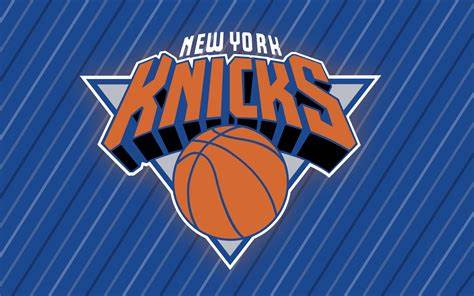 The New York Knicks and their new dynamic team have been currently battling in the East sitting at .500, and New Yorkers are loving it. Previously in past years, the Knicks have been falling far from the playoffs, but with high hopes and some good pickups, the Knicks are contenders for a spot in the playoffs.

To see how fans are taking this season, Nick Giacolone and Noah Anderson had a lot to say about the Knicks’ approach this year and their play.

Anderson feels strongly about the improvements the Knicks have made since last year.

“As a Knicks fan, seeing us start out well and be fifth in the east and five games back from first feels good. It is a huge improvement for us seeing as though we finished 12th out of 15 teams in the East last season,” he said.

Giacolone is very optimistic about where this season could be headed compared to years past.

“Having the Knicks in fourth right now is the best season since 2012 with Melo taking them to the playoffs. Hopefully they keep that going,” he said.

The Knicks have been rebuilding for some time now with the improvement of Julies Randel and other pick-ups like veteran Derrick Rose.

Anderson believes these acquisitions have made a huge impact on the court so far.

“Julius Randle has been amazing for us. In his second year in New York, he is having a career year in Points, Rebounds, Assists, Steals, Free throw percentage, and three-point-percentage,” he said. “We also added Derrick Rose, again, and his experience has been pivotal to our young team.”

Giacolone is confident the Knicks can maintain their level of play for the remainder of this season.

“The Knicks are a very talented group of young individuals,” he said.

He also hopes to see them finish around the fifth seed at the end of the season. With the nets right next door and their dynamic superstar team, it will be interesting seeing how the Knicks match-up.

With a very powerful nets team right next door., Anderson thinks the Nets have the edge in not just NY, but the Eastern Conference overall.

“The Brooklyn Nets and Philadelphia 76ers are tied for first place in the East, but I feel as though with Brooklyn’s recent acquisition of Blake Griffin, they ultimately win the East and retain that first seed,”  he said.

With high potential and a young team, the New York Knicks are in a great position to make a push for the playoffs and hopefully contend for a championship.