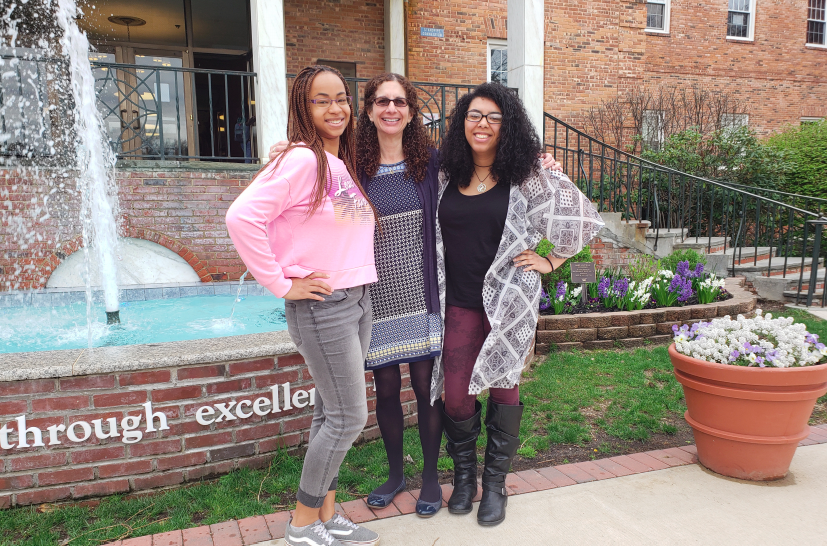 Letter from the Editors: A Special Thank You

As we say goodbye to the spring 2019 semester, we’ve had the chance to reflect on our time spent thus far serving the campus on the Pioneer. We’ve made many mistakes, and we’ve also celebrated many successes. As student reporters, we’ve learned much through trial and error and strive to meet our journalistic ethical standards. But none of this could be possible without the undying support and guidance from our advisor, Professor Carolyn Schurr Levin. She has been a member of the faculty for 16 years, and advisor to the Pioneer for eight years.

Levin played a key role in bringing the campus newspaper back to life. After former members of the campus administration shut down the Pioneer by closing its website, Levin initiated the publication’s revival in 2011, the year she took on the role of faculty advisor.

In the same year, the Pioneer received an award for its re-launch. “The presidents of the New York Publishers Association drove down from Albany to give us an award for resurrecting the school newspaper,” Levin said.

The first two editors-in-chief since Levin began working as faculty advisor were Samantha Bishal, and Kayla Krause. “We redid everything; there was nothing,” Levin said. She recalled the Pioneer offices being covered with repulsive graffiti. “It was awful. So the first thing we did was have the office painted,” Levin said.

She took the initiative to revive the Pioneer and make it better than ever, from helping write detailed job descriptions for members
of the staff’s editorial board to advising reconstruction of the website.

The staff grew and became more solidified. “We started with procedures where the editors trained assistant editors and they groomed themselves up,” Levin said. Previously, the Pioneer was understaffed and less organized. “It has become so much more professional in eight years than it used to be.”

Professor Levin has been a dependable pillar that the Pioneer has relied on for years. She’s an essential part of the Pioneer and cares deeply about the newspaper and its staff. She is well-versed and experienced in the field of journalism and media law, and gives advice and insight we wouldn’t be able to come across anywhere else. Levin goes out of her way to make sure every member of the staff as doing their best work, and she contributes her knowledge so we can make each issue of the Pioneer better than the last.

To add to our ongoing series this semester, we wanted to celebrate Professor Levin as the true unsung hero she is. Not only a trusted advisor, but a beloved mentor by many. We don’t know where the Pioneer would be today without her dedication.

Thank you, Professor Levin, for all that you have taught us, and continue to teach us every day. Ethics, integrity, professionalism, self-respect and self-awareness; these are life lessons we will carry with us long after we’ve graduated and begun our careers in the field that you opened up to us. We look forward to many more successful issues!

Thank you from the bottom of our hearts,

Published in From the Editors and News