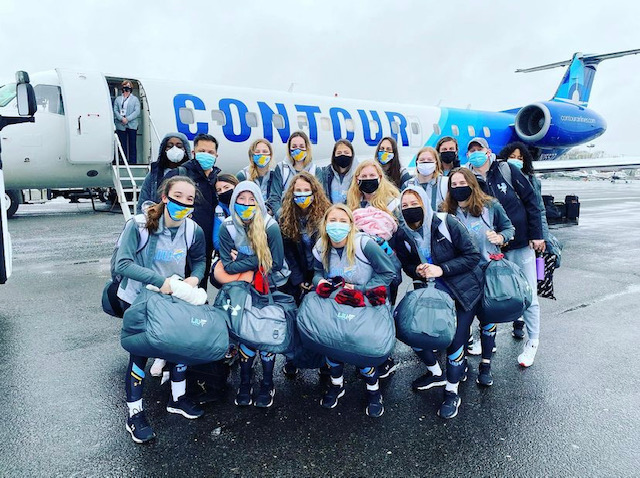 Volleyball has made postseason competition and will be taking on the 18 Seed University of Pittsburgh Panthers in the first round of the NCAA tournament. The tournament is held in Omaha, Nebraska, and the two teams will face off on Wednesday, April 14 at 10:30 p.m. on ESPN 3. This will be the third time that Pitt and LIU have met at the Division one level, with the Panthers holding a 3-0 advantage in the all-time series. The winner of this match will take on 14 Seed Utah in the second round of competition on April 15.

This is LIU’s first NCAA Volleyball Tournament appearance since 2017. Head Coach Ken Ko credits the team’s willingness to play and different experiences as to why they made the tournament.

“Well, it’s a huge accomplishment, and I’m just grateful that everyone showed up for practice. We couldn’t have a team if we didn’t have people opt-in, and so that was really important for us in the beginning,” he said. “The other part is we have eight players on the roster that never played Division I volleyball before, and we have six returners with one who has tournament experience. So we are very young, and I think just being here and being together is a real honor and we’re excited for it.”

For NEC Defensive Player of the Year, junior libero, Anastasia Scott, having the opportunity to compete is an honor.

“Overall, we’re just very happy that we get the opportunity to play any game, and this year being such a unique and tough year, we’re super excited to be one of the few teams selected to go to the tournament,” she said.

When it comes to preparing for the tournament, Second-Team All-NEC sophomore middle blocker Miranda Strongman feels that preparation off the court can help their performance on the court.

“We’re focused on maintaining our physical health and making sure we eat properly and stay well-rested. We did have to travel, but making sure that we’re taking care of ourselves and our bodies and our mental health and getting all of our stuff taken care of, so that we can take care of the volleyball,” she said.

Coach Ko helped to put the steady mindset of the team into perspective.

“Our goals are to control what we can control. Pitt is obviously an amazing team and experienced, but we have an opportunity, just like every other team has when the first whistle blows, to play the game the best that we know we can,” he said. “We’re still learning what that is for us, so we have a game plan in place, and we will determine our success based on how well we can handle the magnitude of the situation, how we work together and how resilient we are. We’re playing one of the best teams that we have faced this year, and I can’t wait to see what we do in those circumstances.”