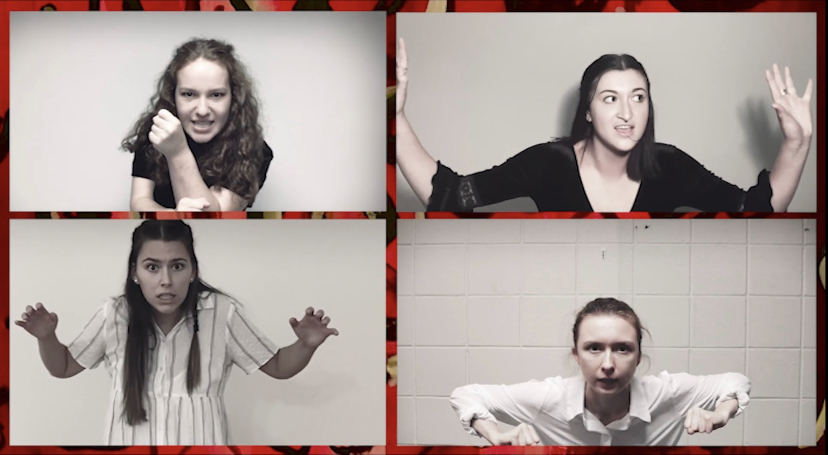 Post Theatre Company (PTC) has started rehearsals for one of their latest shows this season, “Lizzie the Musical”. This show is one of eight shows that PTC will produce and perform this semester. The cast consists of four actors and the director.

Danny Walsh, is a senior musical theatre major, member of PTC, and the director of this production. “This is my first time directing and choreographing a full-length production completely on my own. I have worked as a choreographer for the entirety of my college years, however, this is the first show that I am completely on my own for when it comes to direction and choreography,” Walsh said, “It is quite daunting at times to be the captain of the ship, but this is my passion and there is nothing else that makes me happier than getting to direct and choreograph.”

“Lizzie the Musical”, is set to be streamed just in time for the Halloween season, on Oct 30, 2020. The show explores the mystery of Lizzie Borden, a woman who was accused of murdering her father and step-mother in 1892 with an ax. Her story became widely known by the popular nursery rhyme “Lizzie Borden took an ax / gave her mother forty whacks / when she saw what she had done / gave her father forty-one.”

“The show speculates on motivations that she may have had: loss of inheritance, history of sexual abuse, overwhelming oppression, and madness,” said Walsh “While the show is told from the perspective that Lizzie committed these crimes, she actually was never found guilty for the murders that were committed as the all-male jury could not believe a woman would be able to commit such horrendous crimes.”

The show will also feature a rock band that has been put together by Gregory Franz, a senior music education major.

“These band members also did their work from their own individual living spaces.  Greg is the one responsible for editing the actors vocals on top of the band. After each number is recorded, the actors send their videos and vocal tracks to our video editor, Lizzy Lunardi, who is a freelance filmmaker based in Philadelphia,” said Walsh

Due to COVID-19, the show will be produced entirely online. As this show is a musical, it was decided by the head faculty that this, and other musicals in the season, must be done in an online setting for the safety of everyone who is involved.

“The rehearsal process for this show is taking place on Zoom and every moment of the show has been recorded in each actor’s individual living space. The actors learn their music, learn their movement, and then after a rehearsal or two, we have a “recording day” where the actors set up their camera (or enlist, what we call, a camera buddy) and record their movement or dialogue.” Walsh said.

“ It’s a little sad and weird that we can’t work together in person.  It’s harder to form character relationships with each other when most of the work is done on your own,” Cameron Park-Miller, a junior musical theatre major, said, “There are a lot of logistical things to work out: filming and vocal recording spaces/set up, finding props or set pieces among your own things, especially in the era of COVID when we can’t take masks off around others or share items,”

Park-Miller is a part of the cast of Lizzie.

According to Leigh Dillon, a senior musical theatre major, the process of this show is different from previous productions she has been a part of. The added complication of COVID-19 has greatly impacted the process of producing a musical.

“In the past, we were in person and we still would be working on sections of the show for it all to be put together at the end. However, instead of it all being performed live at once, we are working number by number, learning the staging then recording after, we then move on to the next number, do the same thing, and then each number is put together electronically,” Dillon said, “Each process for the numbers is very quick and short lived, but working in this way has taught me to be more efficient and focused.”  Dillon is a member of the cast and is portraying the titular role of Lizzie Borden.

Students can find information on “Lizzie the Musical”, and all future PTC productions, through their Instagram @liuposttheatrecompany.