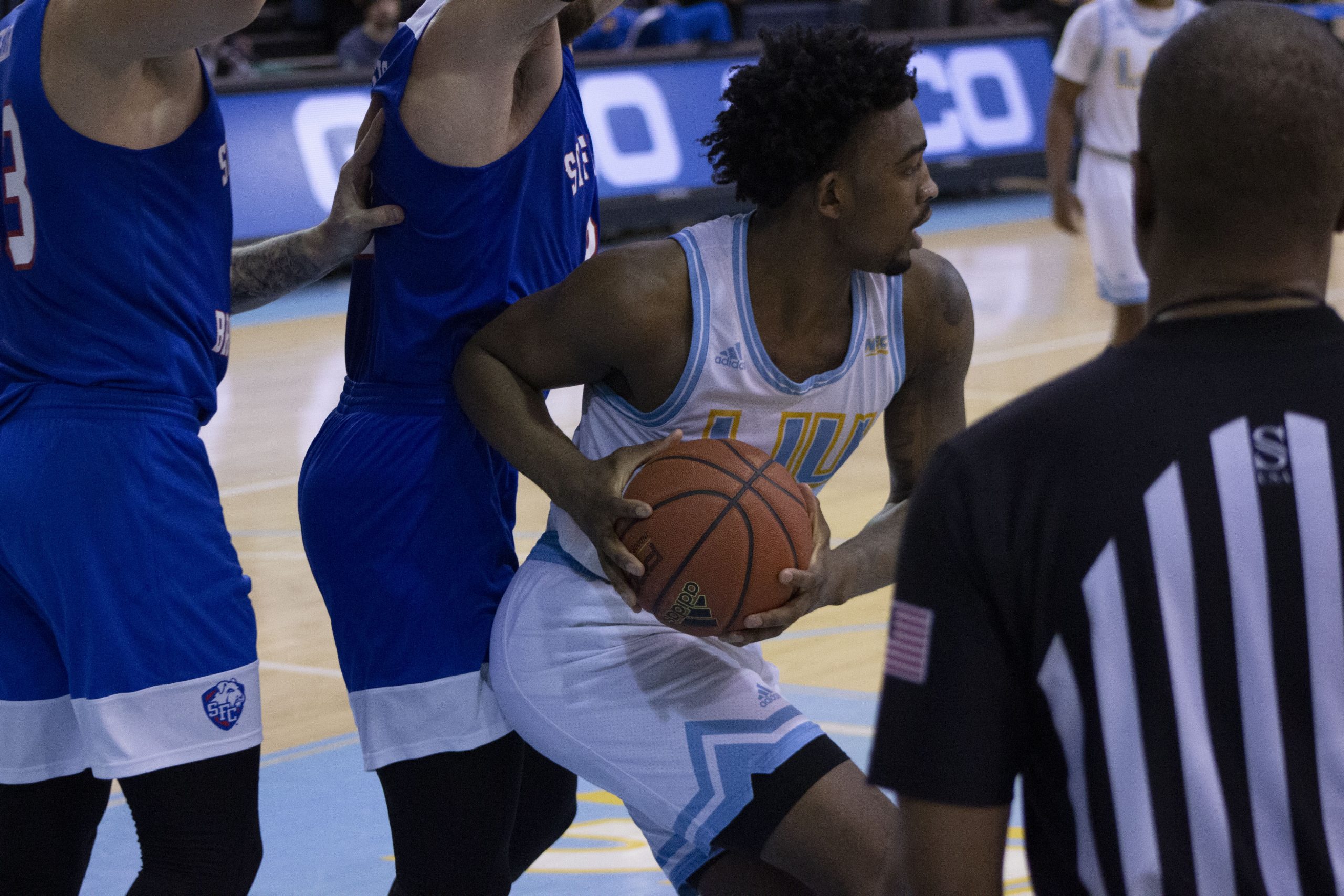 During the annual “Battle of Brooklyn” game on Tuesday, Feb. 18, the men’s basketball team lost to the St. Francis College Terriers with a score of 87-77.

The Sharks were off to a rough start, down 0-9 only minutes into the game. Head Coach Derek Kellogg called a timeout so his team could regroup. The Sharks returned to the court refreshed with a 10-2 run, and they successfully decreased the score deficit to one point.

From there, both teams alternated leading points multiple times. With little over seven minutes left to play in the first half, the Sharks sank back-to-back baskets, scored by redshirt junior forward Ty Flowers and redshirt senior guard Raiquan Clark, to give the Sharks a 29- 23 lead. The team continued outscoring the
Terriers 11-4. However, the Terriers were resilient and fought back. They went on an additional 9-0 run just before the half ended and brought the team within striking distance of the Sharks. At halftime, the Sharks had a 41-38 lead.

Five minutes into the second half, the Sharks took their biggest lead of the game, making the score 54-48. However, the Terriers made a comeback once again and went on a 14-2 run, gaining them a six point lead. For the following five minutes, the Sharks struggled and the Terriers took advantage. Saint Francis went on their biggest run of the night, 14-0. The Sharks tried to answer and managed to score a three pointer, however the score was 65-76 in favor of the Terriers with less than five minutes to play. The game ended in a 71-74 loss for the Sharks. Despite the loss, there were remarkable individual performances. Jackson led the Sharks with a season-high of 30 points. Additionally, Clark added 17 points and eight rebounds. The Sharks are now 8-8 in conference play this season with two games remaining. They sit in 4th place in the conference, two games behind Sacred Heart University and just one game ahead of Mount St. Mary College and Fairleigh Dickinson University, meaning the Sharks need to win their last two games to secure a home playoff game.

Looking ahead, the Sharks will host Wagner College Thursday, Feb. 27 in the Steinberg Wellness Center at 7 p.m. for Senior Day. They will close out the regular season Saturday Feb. 29 at Sacred Heart University.