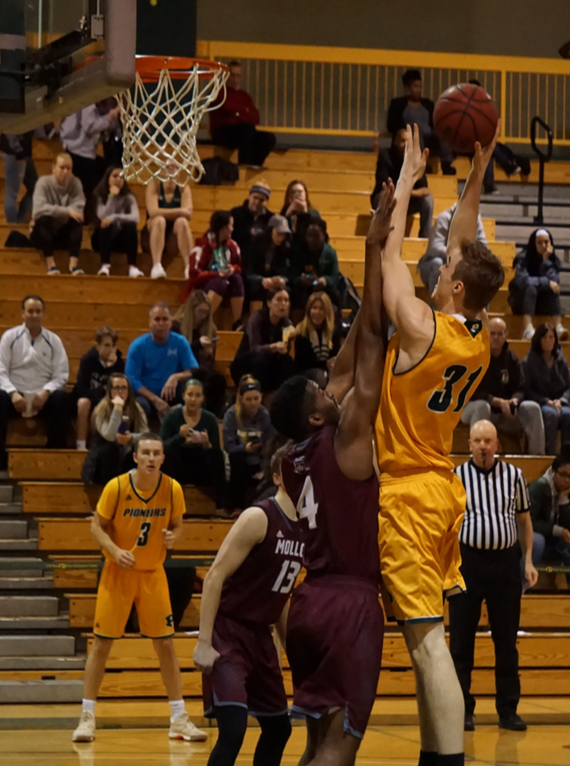 The men’s basketball season ended on Feb. 28 with a 71-66 loss to Molloy College in the first round of the East Coast Conference Championship.

With less than 10 minutes into the game, before a large crowd at the Pratt Recreation Center, the Pioneers had a 20-4 lead coming from effective three- point shooting from senior business administration major, Aary Bibens, who ended up racking up 11 points in that half.

Senior economics major, Kyle Taylor-McCleggan, also scored eight points. At the end of the first half, the Pioneers were leading with a score of 36-28 and showing their stellar offense by contesting all 13 of Molloy’s attempts from three-point range.

As the second half started, an amped up crowd started to silence when Molloy slimmed the lead down to three points and eventually tied the game with 49 points in just less than 10 minutes left in the game.

The two teams swapped leads until Molloy capitalized on a three pointer, putting them in the lead with a score of 63-60. Molloy went on to defeat the Pioneers in a heart breaker, with a final score of 71-66.

Not only does this mark the end of the season for the Pioneers, but also the college basketball career of senior criminal justice major, Hunter Powell, Mc-Cleggan and Bibens.