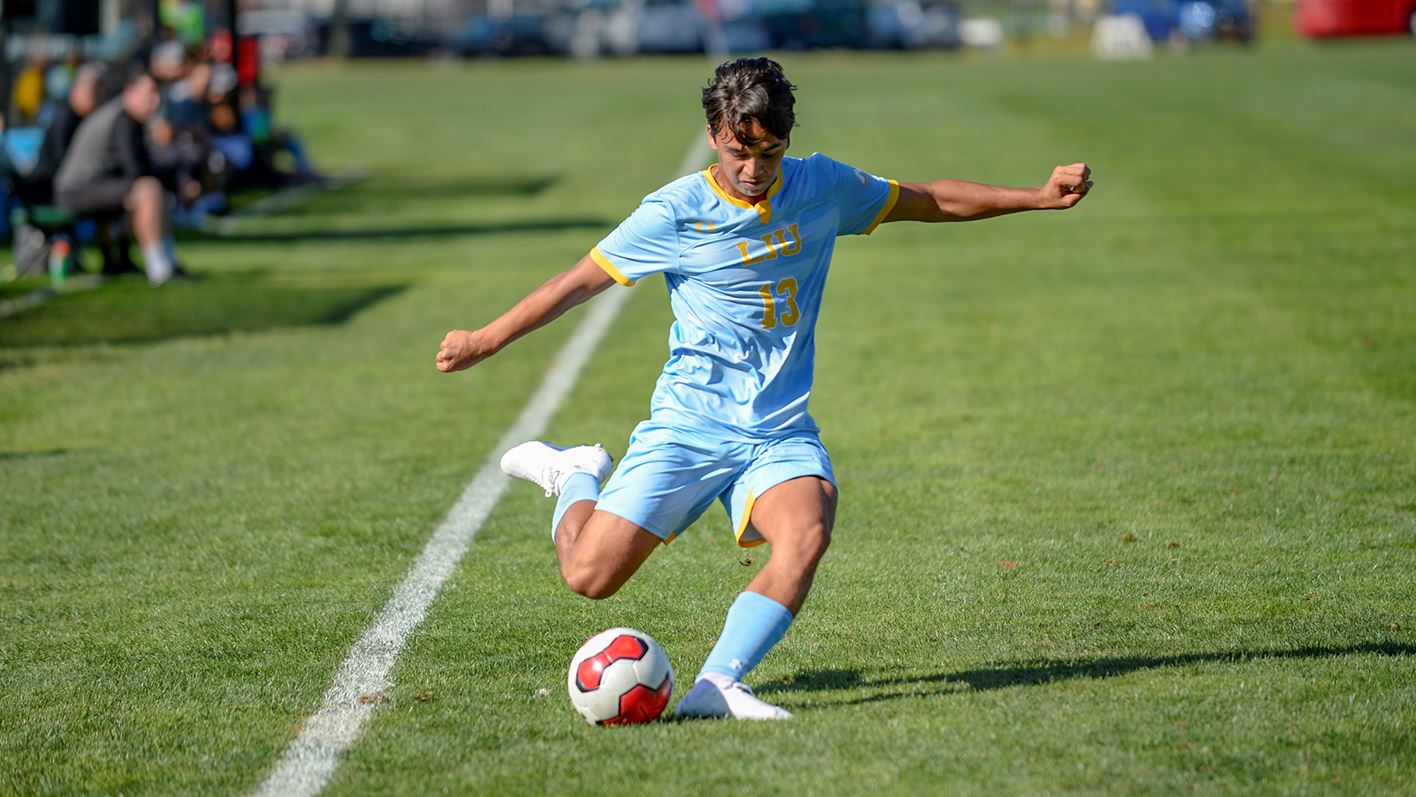 Every sport will be playing shortened seasons, consisting of only Conference matchups. Men’s Soccer will all look to capitalize on this new format.

After the long wait, LIU Sharks men’s soccer competition will kick off on Monday, March. 8.

With all the back and forth regarding their fall season Men’s soccer head coach Michael Mordocco is grateful to get back onto the field.

“We are just thankful that we are able to practice, compete and be around each other,” he said.

Mordocco believes the schedule changes are a better fit for his players’ health and conditioning.

Mordocco is not concerned about the weather patterns the spring might hold as compared to the fall.

“Soccer is played in all types of weather. Our young men will be ready to brave the elements of adversity,” he said.

Coach Mordocco has high expectations for the team this spring.

“We have one goal in mind, get back to the NEC championship match,” he said. “In order to do that we need to finish top two in the league.”

With a lot of key players from last year graduating, Mordocco is not concerned about the ability for first time starters and freshmen to step up and make a play a big role.

“We were grateful for our senior leadership from last season, they will be sincerely missed, but we feel that our returning squad have the same qualities and experience to take us forward,” he said. “We also feel that our 14 player recruiting class has a lot of talent to make a positive impact immediately. We look forward to integrating them into the group.”

Demetri Skoumbakis is the starting goalkeeper for the Sharks. Similarly to coach Mordocco, Skoumbakis is just excited to be back playing with his team.

“It feels great to be back on and off the field. My teammates and I are working extra hard to make this season our best since COVID has certainly changed our mindset,” he said. “Now it is our chance to prove that we are capable of not only winning the NEC, but also compete in the NCAA.”

After having a great season last year splitting time with senior goalkeeper Matias Pesallaccia, Skoumabkis looked to improve on himself and maximize his role this season.

“Although I am very pleased personally about last season, losing a final certainly hurts,” he said. This year I have been working to the best of my ability to improve my weaknesses and my game, so I can be ready to fill in a big role and surpass expectations.”

This is Mordocco’s third season coaching at LIU and second under the Sharks Division I program. Last year they went 6-2-1 in Conference matchups, good for second in the conference. They would defeat Bryant 4-0 in the first round of the NEC tournament, but fell short in penalty kicks to Fairleigh Dickinson University in the Championship game.

This year, a short seven-game season for each team will determine the top two seeds that face off in the NEC championship on the weekend of April 16. The winner will move on into the NCAA tournament.