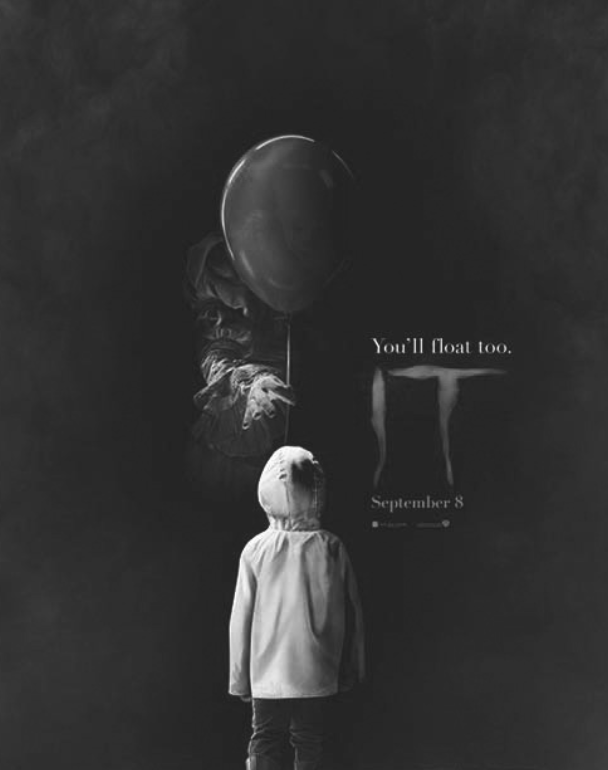 There are so many horror movies released each year, especially before Halloween. Many of them are predictable, unoriginal or just too cliché to sit through. However, with “It,” released on September 8, director Andy Muschietti was able to capture a cinematic masterpiece that will leave viewers on the edge of their seats for over two hours. The actors do an amazing job of discarding their millennial mind set and embodying pubescent tweens in 1989. The movie starts off with Georgie Denbrough (Jackson Robert Scott) and his older brother Bill Denbrough (Jaeden Lieberher) building him a paper boat to sail along the flooded road. Unfortunately, the paper boat ends up in the hands of Pennywise(Bill Skarsgárd), an ominous figure has two bright eyes peaking out of a storm drain. Pennywise lures young Georgie into the drain and kills him, and this is where the movie sets sail. Muschietti makes sure every minute piece of the set reflects life in the late 1980’s, from the clothing the kids wore to the sign on the local movie theater that played Tim Burton’s Batman Skarsgärd does an astonishing job in recreating the fear Tim Curry’s portrayal of the role Pennywise in the 1990 miniseries gave audiences.

htening aspects of the film into the beginning to the point where later on in the movie, Pennywise was just “that evil clown.” I wish Muschietti had kept him lurking in the shadows in the beginning; it would have built up the anticipation of finally seeing the clown when he is most needed to really deliver the jump scare. The movie is still fantastic and has moments that will get viewer’s hearts racing.

“It” is one of the rare horror movies that leaves watchers frightened and makes them want to be scared further due to Skarsgärd’s performance and the diversity of personality in the characters. If you haven’t seen “It” yet, get your tickets.