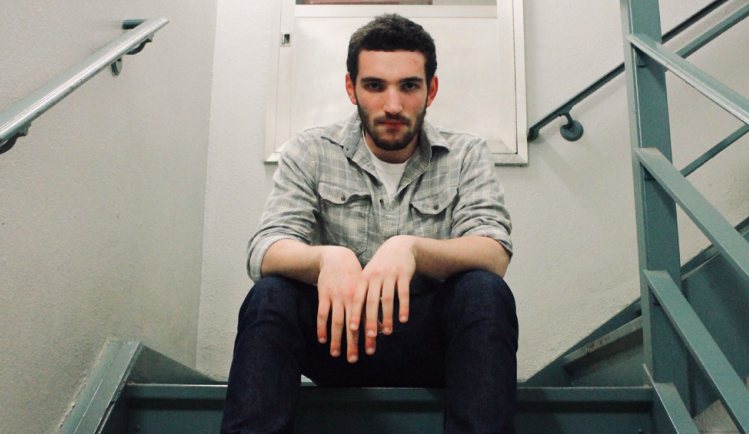 Myles Goldman is a fifth-year senior major who has covered sports for the Pioneer for two years. As graduation gets closer, he looks back at his time in college with mixed emotions. It has occasionally consisted of disappointments and failure, but in the very end excitement, new friendships and love, journalism. “It has been a journey,” Goldman said.

Goldman declared himself a forensic science major as a junior after being undecided for two years. Goldman was thrilled to go into the criminology field. “I found it very interesting,” he said. What seemed like a perfect match soon proved to be an unbearable challenge. “It was so hard, especially the chemistry part. It’s like learning a new language,” Goldman said. “I would study 18 hours a day and still fail.”

Journalism became Goldman’s rescue. He got involved with the school newspaper and a new spark awakened. “I remember my first article. It was a review for ‘IT,’ the movie, and I remember when I saw the article. I was like ‘Wow, here it is. I’m a part of something,’” he said. “It felt like .”

Goldman became the paper’s sports editor, and although he is interested in sports, he doesn’t see himself in sports journalism in the future. “I’ll take the job, but I would like to expand and write about other stuff,” he said

Goldman chose journalism because the field has many outlets. He likes to spend time behind his camera, and he has had the chance to explore the filmmaking field thanks to his new major. “I’ve learned a lot of filmmaking skills at school, especially from professor Kathy Dalton,” he said.

Besides gaining skills and developing his passion for journalism during his senior year, Goldman has spent a lot of time in the game room in Hillwood which has generated in new friendships. “I love those guys over there and I bond with them in ways I can’t with other people,” he said.

Currently, Goldman works as a freelance journalist for Blank Slate Media, and after he hopes to get a job at a newspaper. He plans to start small and then see what happens. “I want things to happen organically,” he said.

Even though Goldman’s path to graduation has not been what he expected it to be, he is happy with where he is right now. “There has been a lot of upsetting moments, but over the year, the amazing things have almost out-weighed the bad moments and I’m happy,” he said

wants to send an additional thanks to the Pioneer’s advisor, Carolyn Schurr Levin, and the paper’s editors-in-chief, Ashley Bowden and Jada Butler. “I cannot thank them enough,” he said. “I’m really going to miss the Pioneer. I have nothing but love for my team.”