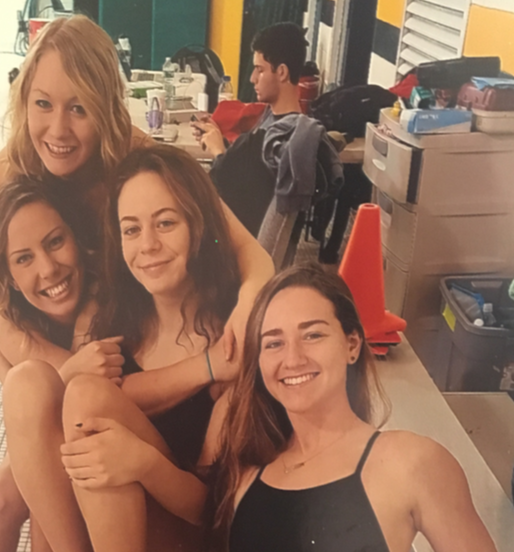 On Friday, Feb. 16, the women’s swim team traveled to Piscataway, N.J. for the Metropolitan Collegiate Championships, a three-day event held at Rutgers University, N.J. where the best division I, II and II swim teams compete for the conference title.

The Pioneers have had a season to remember, with a record of 7-1, improving from last year’s record of 3-4. “I think that the freshmen have impacted us because we are now a team of 19 and last year as 11 people it was hard to compete with teams of 20,” team member Jessica Argelander, a sophomore childhood education major, said. “Having more people, we have a more variety of people to swim different events and we have more people entered in every event.”

Elizabeth Law, a sophomore physics and math major, agreed about the positive contribution the new members of the team have made. “We have more depth in events. So we have the ability to have multiple girls swim every event, rather than last year when we only had 11 girls,” she said.

This year’s Metropolitan Collegiate Championship marked the last for senior, international business major, Laura Bendfeldt, who has been a mentor to the team. Alexandria Cordova, freshman public relations major hasn’t had the best of luck in her first year in green and gold. At the Eastern College Athletic Conference, (ECAC), Cordova was competing in her first event of the day when she had a back spasm in the middle of her race. After getting an MRI, Cordova was told that she had two herniated disks and a degenerated disk in her lower back. Luckily, through some cortisone shorts in her L4 and L5 vertebrae, she did not have to undergo surgery. Cordova however attributes a lot of her recovery to Bendfeldt, “The two who have helped me the most are Karis Fuller and Bendfeldt. I cannot imagine where I would be this season if it wasn’t for them. They always say that it’s better to be hurt now but be able to compete in my next three years here at Post,” Cordova said. Since coming back from her injury, Cordova had to change her style of swimming. Originally, she swam butterfly, but since January, she has been training in breaststroke and backstroke.

This is the first time some of the teammates competed in the Metropolitan Conference Championships with seniors. “It feels weird this could be the last time swimming with the seniors because last year we didn’t have any so the same team came back,” Argelander said.

Bendfeldt was excited for the Metropolitan Conference Championship. “It’s really great to see the results of everyone’s hard work throughout the year, especially for the freshmen who haven’t experienced the special feeling of the Metropolitan Conference Championship. I’m going to enjoy every race I have in that pool. It’s one of the last ones I have and I hope to make the best out of everything,” she said.

The first meet for the Pioneers began on Friday, Feb. 16 and it was a good one. Their first event was the 200 yard medley relay; with the combined effort of junior sociology major, journalism and political science minor, Karis Fuller, Argelander, sophomore business major Tove Sparrman and junior, chemistry major, Caitlin Johnstone.

Another win for the Pioneers came from Bendfeldt in event seven, the 50-yard freestyle.

Bendfeldt commented on her team’s success through the weekend, “ I’m super proud of everyone here and how they fought for every possible point we could get.”