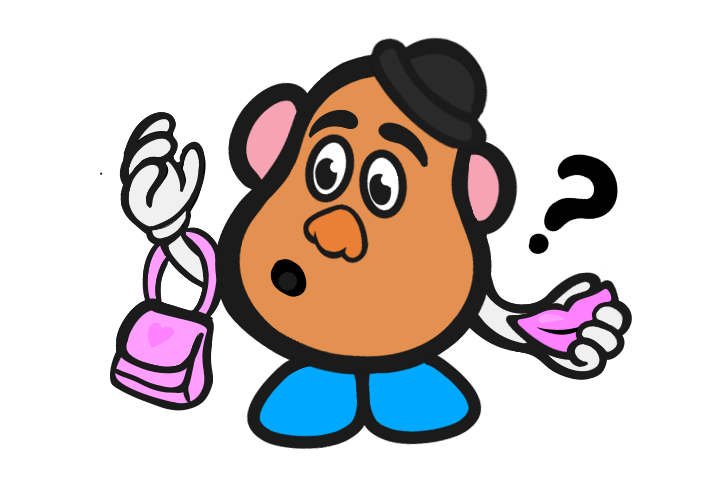 Is Mr. Potato Head no longer a mister? This spud sparked outrage when Hasbro officially announced they will be dropping the “Mr.” from their toy brand “Mr. Potato Head” on Feb. 25. Hasbro’s statement confused many, and as tweets started flooding in, facts about the name change became misconstrued.

The Potato Head brand is not dropping the “Mr.” as a result of public scrutiny, the Potato Head packaging may have a new logo, but the Mr. and Mrs. titles are not leaving the individual toys. The company decided to alter the name to better reflect the brand and promote their new toy the “Potato Family Pack.” This product, planned to release in the fall, includes blank slate potatoes with a plethora of pieces so children can have more variety with their creations. Without the set genders, the potatoes can be changed to better reflect modern day families.

Freshman art therapy major Olivia Glusic, initially heard about the potato head debacle on the news and was surprised by the removal of the “Mr.”

Glusic believes people are upset about the change simply because it seems unnecessary. This opinion was shared by sophomore speech pathology major Beau Braun.

“There was already a Mr. and Mrs. Potato Head, and they are both husband and wife. Why get rid of the Mister? It just made no sense,” Braun said.

Braun, along with many other students, were not aware that it was the company altering its name, not the individual toy.

“I guess if they’re keeping the toys’ names the same, just changing the company name, then it makes a slight difference,” he said. “They aren’t changing something that didn’t need changing, it’s just a rebranding.”

“[It’s the] same product, just a shorter name. It’s still the same toy kids can enjoy, it seems kinda pointless to get worked up over something like that.” Lausso said.

Sophomore forensic science major Kayla Gonzalez heard about the name change from her parents who were complaining about the rebrand.

“I think people are upset that many things are changing to be more gender-neutral, and they fear it’ll negatively influence their kids somehow,” Gonzalez said. “It’s ridiculous because it’s a plastic toy.”

She noted the fact that the brand is still differentiating their toys by Mr./Mrs. Potato Heads and Gonzalez struggles to understand why people remain upset.

“People only hear [or] read what they want to, especially if they already have similar views on other topics,” Gonzalez said. “I think they just want to start arguments and get their point across without having all the facts.”