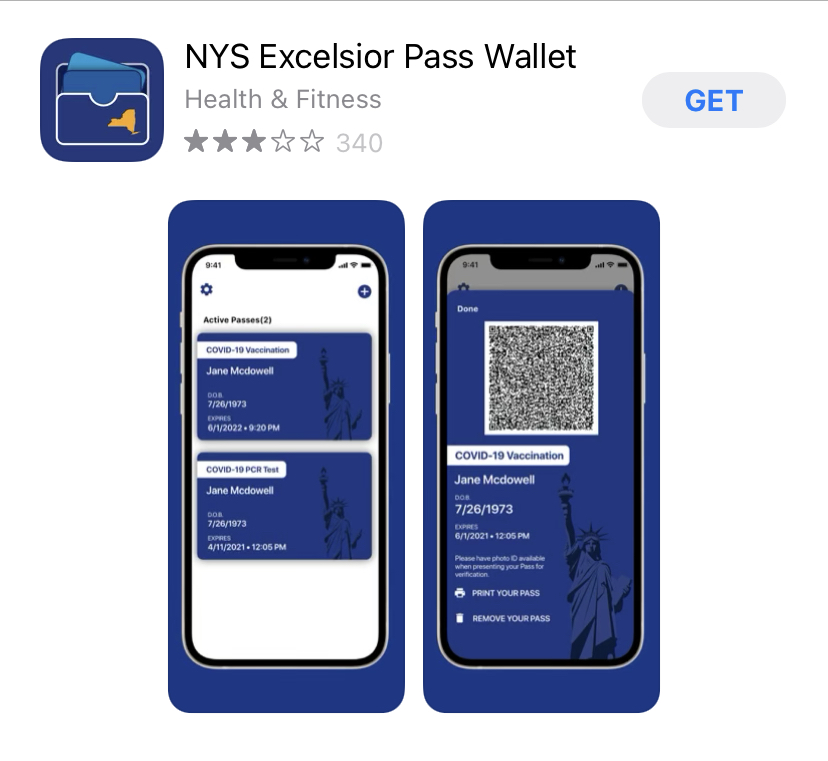 New York has become the first state to introduce a “covid passport” system. Covid passports are apps that verify the vaccination status of an individual.

The NYS Excelsior Pass Wallet, New York’s version of the passport, was announced last month by Gov. Andrew Cuomo. The mobile app is a voluntary system that can be used to gain entry into participating establishments. The app will be updated to include the users vaccination status, as well as their last negative test result, according to the New York state website.

The new technology is not being adapted everywhere, as Florida Gov. Ron DeSantis banned their use in the state and will forbid any businesses from requiring them.

“It’s completely unacceptable for either the government or the private sector to impose upon you the requirement that you show proof of vaccine to just simply be able to participate in normal society,” he said during a press conference.

Texas Gov. Greg Abbott signed an executive order limiting the potential use of vaccine passports in the states. The order will not allow state agencies or organizations that receive state funding to require proof of vaccination.

“Government should not require any Texan to show proof of vaccination and reveal private health information just to go about their daily lives,” he said in a video posted on his Twitter page.

The new technology won’t be federally mandated according to President Joe Biden’s Chief Medical Adviser, Dr. Anthony Fauci, leaving it up to the states to decide how it will be used.

Passports showing proof of vaccination could speed up international travel re-openings, but the idea of requiring immunization credentials has become a point of contention among the public.

Alexandra Ferragamo (‘20) believes that the Excelsior app is an overstep, and will interfere with people’s right to privacy.

“Why should others have to inform the public if they were or were not vaccinated,” she said. “Does it somehow make you a better person if you did [or] didn’t?”

Charli Beshers (‘20) believes that the Excelsior app is a necessary step in bouncing back from the pandemic, but doesn’t think that a vaccine should completely exempt anyone from social distancing procedures.

“I think definitely that we should be careful about not giving too much leeway, like just because you are vaccinated and either can’t get it or can’t die from it, doesn’t mean you’re not a carrier of it still. So I mean, you still have to be careful with taking precautions but that should be common sense about looking out for fellow humans,” she said.

“I think in the past I would say it’s a breach of privacy, but I think right now that it’s probably necessary,” she said.

The NYS Excelsior Pass Wallet is available for download on IOS and Android devices.

Published in Features, Health and News