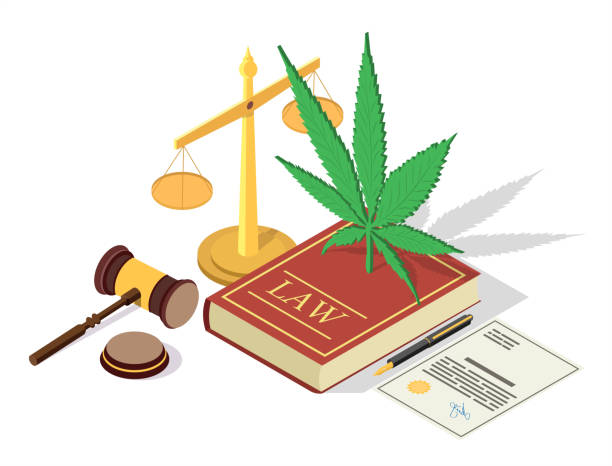 New York Gov. Andrew Cuomo signed a bill legalizing the recreational use of marijuana on Wednesday March 31. After years of failed attempts at ending the widespread use of drugs, New York is expected to be one of the largest legal cannabis markets in the country.

State legislators passed the bill voting 40-23 on March 30. After it was signed by Cuomo, certain aspects of the law became effective immediately. Currently the state allows any persons aged 21 years and older to legally possess up to three ounces for recreational purposes as well as 24 grams of concentrated cannabis oil. New Yorkers are also now able to smoke marijuana anywhere that tobacco use is allowed except for vehicles.

“For too long the prohibition of cannabis disproportionately targeted communities of color with harsh prison sentences and after years of hard work, this landmark legislation provides justice for long-marginalized communities, embraces a new industry that will grow the economy, and establishes substantial safety guards for the public,” Cuomo said in a press statement. “This is a historic day.”

Previous attempts at legalization fell short as lawmakers were unable to make agreements regarding tax revenue. This new legislation will end the disproportionate amount of Black and Latino people incarcerated and criminalized for the usage, a point made by senators such as Liz Krueger.

“My goal in carrying this legislation has always been to end the racially disparate enforcement of marijuana prohibition that has taken such a toll on communities of color across our state, and to use the economic windfall of legalization to help heal and repair those same communities,” Krueger said in a press release.

Forty percent of tax revenue is said to be redistributed into Black and brown communities that have been affected. Focusing towards education and drug treatment and prevention programs, as well as expunging the records of those with marijuana related offenses that are no longer criminal.

Students, like senior broadcasting major Jason Glickman, feel that this is a positive step forward for New York.

“It’s about time, I mean people are going to smoke it anyway,” he said. “At least now they can do it safely, the legalization will do more good for the state economically and socially than arresting and convicting certain groups of  people more than another.”

The industry is projected to bring in up to $350 million in tax revenue, the retail sale will tax a nine percent state tax and four percent local tax.

“I was shocked that the state moved fast with the legalization,” she said. “I remember hearing talks about it before, overall I’m happy because this is a positive direction for healthcare and science.”

Harley does have some reservations about the states handling of convicted people.

“This is great to combat biases in the system but what do they plan to do with people who are already serving time because they were convicted before?”

Glickman and Harley both agree this is a step in the right direction towards a more progessive state. A 2018 New York Times analysis showed that Hispanic people in New York City were five times more likely to be arrested on low level marijuana crimes than white people. The numbers for Black people were a lot harsher at 15 times.

“This law comprehensively addresses the harms of overcriminalization and establishes one of the most ambitious marijuana legalization programs in the nation,”

State Director of the Drug Policy Alliance Melissa More said in a statement. “Through this sweeping legislation, New York is delivering reforms that place community reinvestment, social equity and justice at the core of the law.”