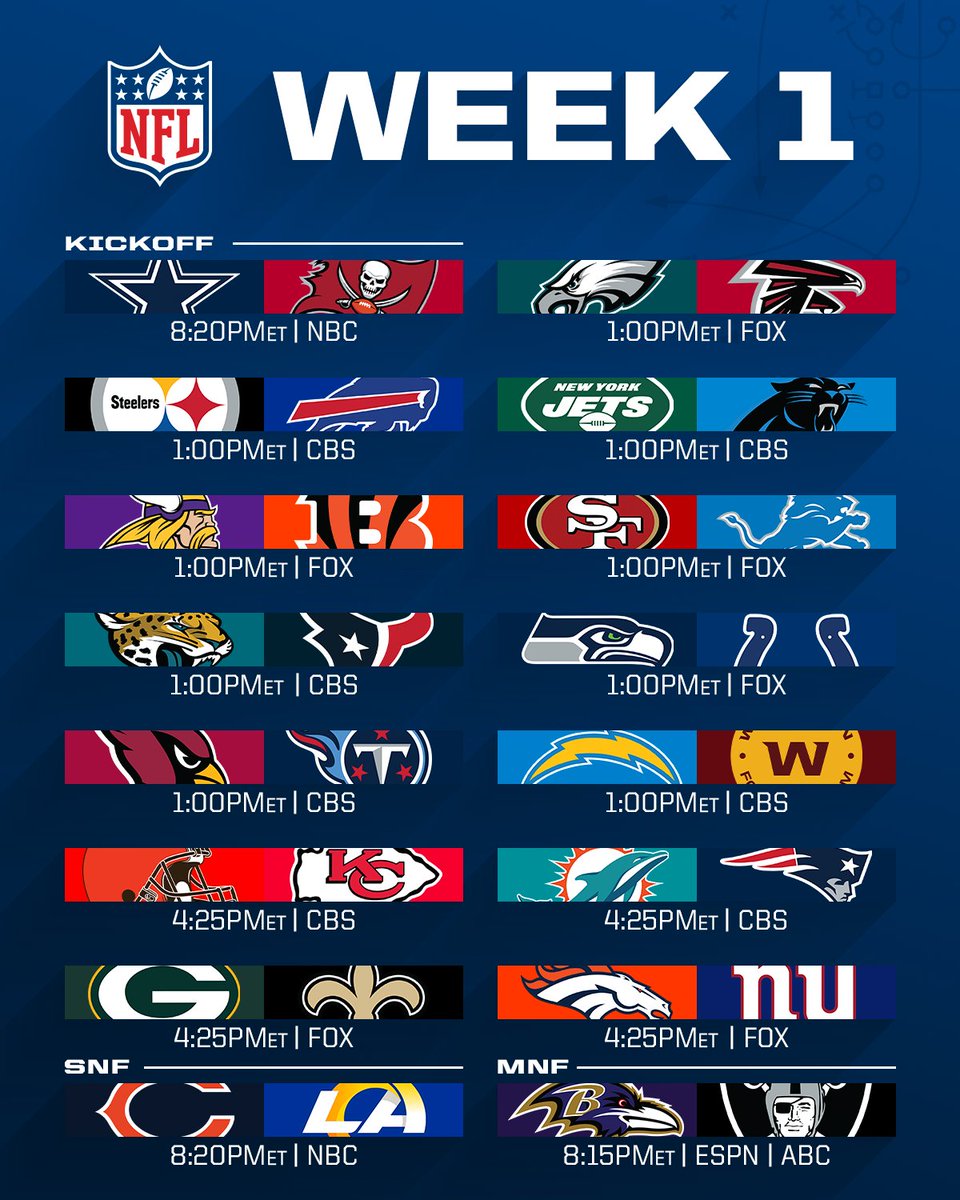 The National Football League (NFL) made it’s highly anticipated return this weekend, with the Buccaneers and Cowboys kicking off the league’s 101st season on Thursday night. The return of the NFL also meant the return of fans to NFL stadiums, as a vast majority of the league lifted their COVID-19 restrictions and allowed fans in at full-capacity. For New York sports fans, the return of the Giants to Metlife Stadium this Sunday marked the last major sport to bring back fans in full capacity in New York.

Leading up to the opening of Sunday’s slate of games, both Jets and Giants fans alike shared a sense of optimism about their teams this season. With both franchises having promising offseasons, fans were justified in their belief that this season would be different from years past.

Speaking of the offseason, the New York Giants made a big splash in free agency this year by signing WR Kenny Golladay, who could be the new WR1 in the Big Apple, and a great target for QB Daniel Jones. The G-Men also bolstered their defense, resigning DL Leonard Williams and signing CB Adoree Jackson to aid their already top 10 defense. With star RB Saquon Barkley returning from injury, the Giants have their sights set on a division title in the weak NFC East.

As for the New York Jets, this offseason saw them make major changes. These changes started when they traded away QB Sam Darnold to the Panthers, and drafted the highly touted BYU QB Zach Wilson with their second overall pick. They also brought in former 49ers defensive coordinator Robert Saleh to be their new head coach, who helped bring in weapons for his rookie QB such as RB Tevin Coleman and WR Corey Davis, as well as DE Carl Lawson, DL Sheldon Rankins and CB/S Lamarus Joyner to help boost an otherwise weak Jets defense. With both teams looking promising prior to kickoff Week 1, New York football fans had a lot to root for heading into opening weekend.

The New York Jets started their season on the road against their former QB Sam Darnold and the Carolina Panthers. After a relatively quiet first quarter for both sides, the Panthers’ offense started to gain momentum, as Sam Darnold found former Jets WR Robby Anderson deep for a 57-yard touchdown which gave the Panthers a 9-0 lead. Following this big play, the Jets offense punted after a quick three and out, which led to another Sam Darnold touchdown which extended the Panthers’ lead to 16 heading into halftime. In the second half, the Jets were able to mount a comeback, as QB Zach Wilson found his new favorite target in WR Corey Davis for two touchdowns, which cut the lead down to 5. Unfortunately, the Jets’ defense had no answer for RB Christian McCaffery and the Panthers’ offense, losing by a final score of 19-14.

The New York Giants had the honor of welcoming fans back to Metlife as they squared off against the Denver Broncos. Unlike the Jets, the Giants got off to a great start, as QB Daniel Jones connected with veteran WR Sterling Shepard for a 37-yard touchdown to take a 7-3 lead in the second quarter. However, this proved to be the peak of the Giants’ offense, as they were completely shut down by the stellar Broncos defense for the rest of the game. After the Giants scored, QB Teddy Bridgewater led the Broncos’ offense on a scoring drive and took a 10-7 lead at the half. From there, the Broncos never looked back, as they dominated the second half and beat the G-Men by a score of 27-13.

Sophomore broadcasting major and avid Giants fan Brady Campbell felt that the teams’ offense struggled to pull their weight. “[The] offense couldn’t do much the entire game, which left our defense exhausted and vulnerable,” he said. “[It] brought me down to earth about my expectations for this season.”

While Jets and Giants fans had a disappointing Week 1, fans around the league enjoyed one of the best weeks of football in recent history. Out of the 16 games played in Week 1, 9 of them were only won by a single score, with the final game of the week ending in an overtime thriller. There were also breakout performances across the league, as stars like Chiefs QB Patrick Mahomes and Cardinals QB Kyler Murray played exceptionally well in their respective games.

Out of these many outstanding performances, freshman finance major Luca Van Velsor was most impressed with one player in particular, new Rams QB Mattew Stafford.

“Stafford looked incredible,” he said. “He is one of the most underrated quarterbacks in the league.”

This high praise comes after Stafford’s lights-out Week 1 performance, as he torched the Bears defense on Sunday night, throwing for 321 yards, 3 touchdowns, and finished with a 156.1 passer rating.

After an exceptional Week 1, Van Velsor believes that the former Lions QB leads the very early MVP race, and has the Rams in position to be Super Bowl contenders this season.

“The [Rams] defense has been great the past few years,” he said. “And now with an MVP caliber quarterback in Mattew Stafford, the Rams should be favorites to win the Super Bowl.”

Despite their lackluster Week 1 performances, Jets and Giants fans shouldn’t hit the panic button just yet. There is plenty of football left to play this season, and both teams have a real chance at having a great season if they can learn from the mistakes made in Week 1.