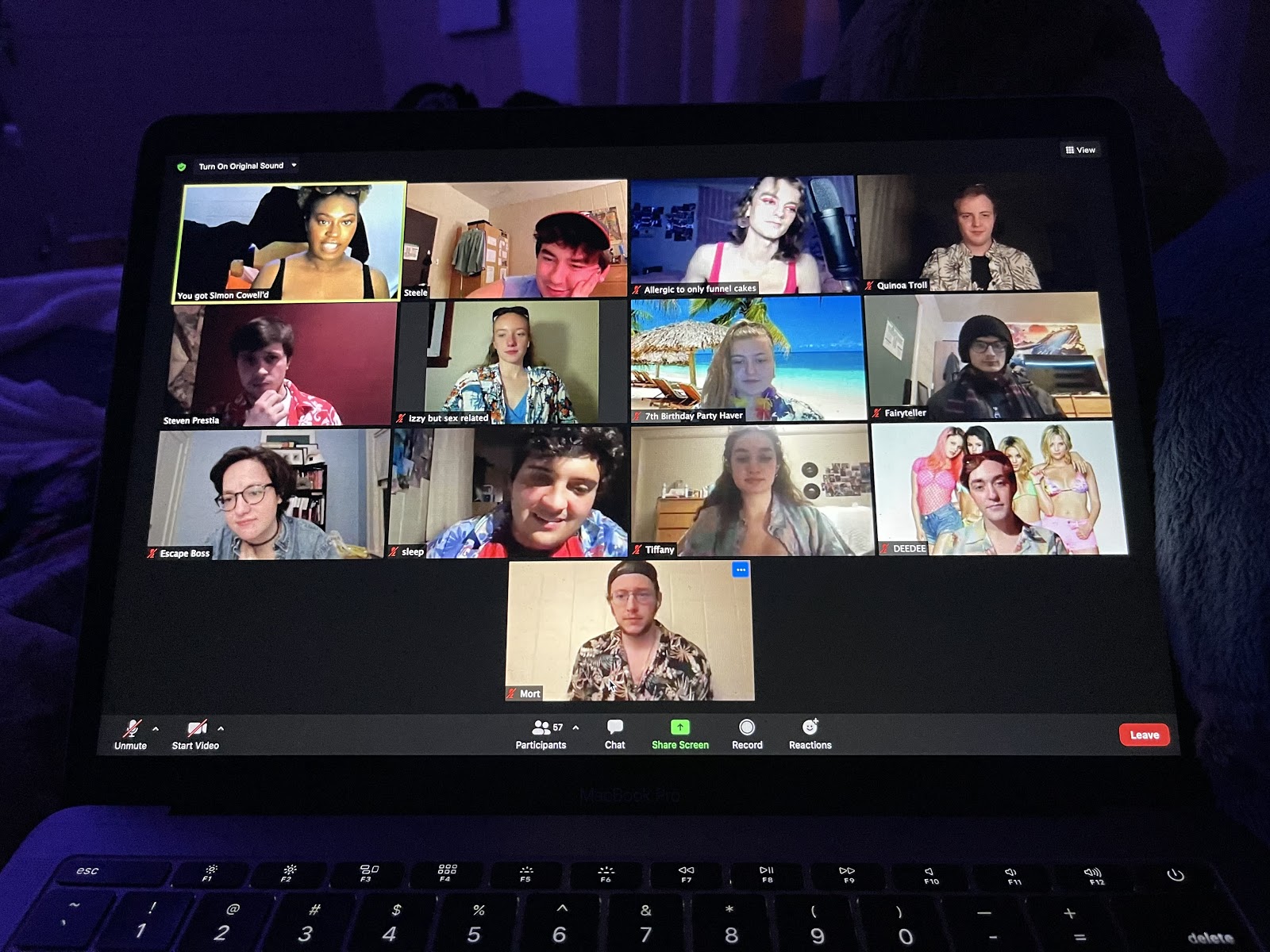 No Control Hosts Their Own “Spring Break”

The ongoing COVID-19 pandemic has forced many clubs and organizations to adhere to an online format. The on-campus comedy improv troupe, “No Control” is no different.

The group has been having rehearsals on Zoom all year and has been creative in finding new ways to hold shows.

Improv shows rely on the audience’s reaction. They are fueled by the laughter and emotions from the people in front of them. But most of all, it’s all about the suggestions.

Improv is made up on the spot, and unscripted. The troupe members get a suggestion from the audience and perform a scene based off of it.

When the world moved to an online format, No Control had to find a way to incorporate that exciting audience interaction aspect. Luckily for them, Zoom has a chat feature that has been used in the same way.

“It’s working, there’s some adjustments that have to be made, and there’s been a lot of uphill battles, but I think we’re at the top of the hill,” senior musical theatre major Izzy Ochocki said.

Ochocki has been part of No Control since her sophomore year. She auditioned the first chance she got, and never looked back.

She recalls the in-person performances she got to be a part of. Since this is her last performance, she won’t be able to be in anymore.

This past Thursday, No Control had their “Spring Break Show,” where everyone came dressed as their favorite holiday. The troupe all dressed up as spring break in memory of the one the students did not get this year.

“It will be my last show, but I’m really excited to have that and knock it out of the park and see everyone else kill it,” Ochocki said.

After the show, the leaders of the troupe, Steele Whitney and Jordan Horne gave a senior farewell to Ochocki.

While this was Ochocki’s final season with No Control, it was other member’s very first. Sophomore musical theatre major Kevin DiCarlo is a new member this year and is excited to perform in his first real show with No Control.

“It’s been fun being a new member because Steele and Jordan; our leaders have made a really great environment for us coming in, and have really taken the time to train us in improv technique,” DiCarlo said.

The troupe meets every Sunday for rehearsal, and DiCarlo has had a great time learning how to navigate improv on zoom.

“Zoom has been a really great platform, only because the things we do have been so well adapted from being in-person,” DiCarlo said.

Although students can’t physically come out to the shows anymore, they are tuning in to Zoom to watch and laugh.