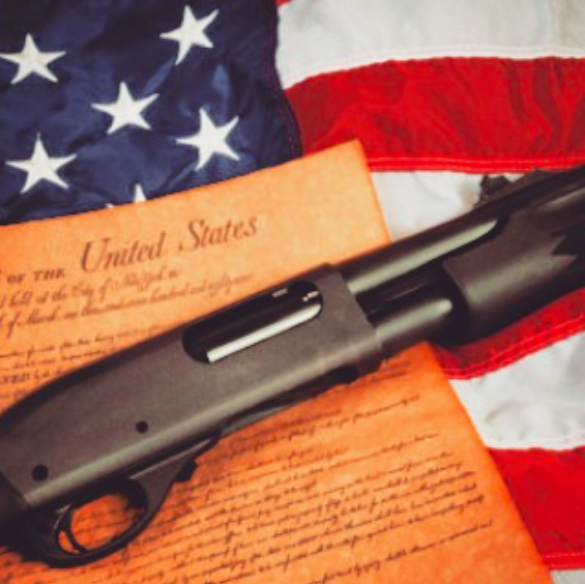 Out of (Gun) Control

It doesn’t matter if you think Americans should or should not own a gun; what matters are the facts.

According to the ‘Every Town Research Organization,’ an organization “dedicated to understanding and reducing gun violence in America,” there have been an estimated 142 gun-related incidents on school campuses alone, since the Sandy Hook massacre in December 2014.

That’s an average of one school shooting per week.

Not to mention, there were 216 people killed in Chicago just in the first half of 2015. According to Megan Crepeau’s article published on The Chicago Tribune website, more than 65% of these homicides were gun related (July 1).

Perhaps this is just one of the many reasons why Chicago has earned itself the nickname “Chiraq.” According to Michael Thompsons WND article entitled, “Chicago Murders Top Afghanistan Death Toll,” published on Jan 16, 2013, between the years 2003 and 2011, 4,797 Americans have been murdered, compared from 2001 to present day, 2,166 Americans have lost their lives in Iraq.

That being said, America is at a crossroads regarding gun control, and management of firearms. On the one hand, guns are a staple of American culture. Without guns, the Revolutionary War would have just been another failed uprising you read about; an uprising where the side with guns, in this case the British, suppressed the people of colonial America since they were too ungrateful to pay taxes to the mother country. What’s the “Wild Wild West” without a revolver? Heck, who’s Buffalo Bill? Without a gun, he would probably be your weird neighbor who moved to South Africa to hunt big game.

You get the point, but there’s a bigger point to be made. The tool that helped forge America into the greatest country in the world is now tearing us apart. According to Every Town, the murder rate regarding
a gun is a whopping 20 times higher than that of all other developed countries.

I will tell you, I am pro-gun. I believe Americans should be fully entitled to their right to bear arms. Guns are essential for self-defense, but also, for sport, such as hunting or skeet shooting. However, I will also tell you I am totally against an American purchasing an AR-15 semi automatic assault rifle at a gun show in South Carolina, with no questions asked.

I believe every gun should be registered, on both the federal and state levels. I believe if an individual wants to own a gun, he or she must pass a mandatory physiological exam, take a mandatory gun safety course, re-register the weapon every 5 years, and yes, be forthcoming if there is a mentally-disturbed individual taking up the same residence.

Now, should there be restrictions on what type of gun an American should be permitted to own? Well, I believe that is relative. For example, if you live in suburban Suffolk County, where the largest threat is a rouge lawn mower, then no, you are not entitled to own a semi-automatic (or automatic) rifle.

However, if you live on the Texas-Mexico border where Mexican gangs and drug cartels cross over daily, often carrying an AK-47 or AR-15, then, I believe American citizens should have the right to bear a semi-automatic weapon (Rifle) of the same caliber in the name of self-defense.

In the Second World War, Admiral Isoroku Yamamoto of the Japanese Naval fleet once warned the Emperor of Japan that, “If we (Japan) were to ever invade America, there would be a rifle behind a blade of grass.”

Times have changed; we no longer have to protect ourselves from foreign invasion, but rather our children when they go to school. Therefore, we should make it a priority that weapons such as guns stay in the hands of the responsible, and out of the hands of criminals, and whoever else is not fit to own one.